He was considered a white warrior because his father was of Scottish descent then living in Savannah, GA and his mother was a Creek Indian, Senoya, from the Creek Territory (Wind Tribe) around present-day Newnan.  Creek territory at the time spread throughout Alabama and Georgia.  McIntosh was raised in both White and Creek worlds and learned the language and political workings of both, and you will see that he worked them to his advantage and then ultimately to his violent death.

Since I’m still practicing with my new camera, I went to the McIntosh Reserve in Whitesburg, GA today to takes some photos. 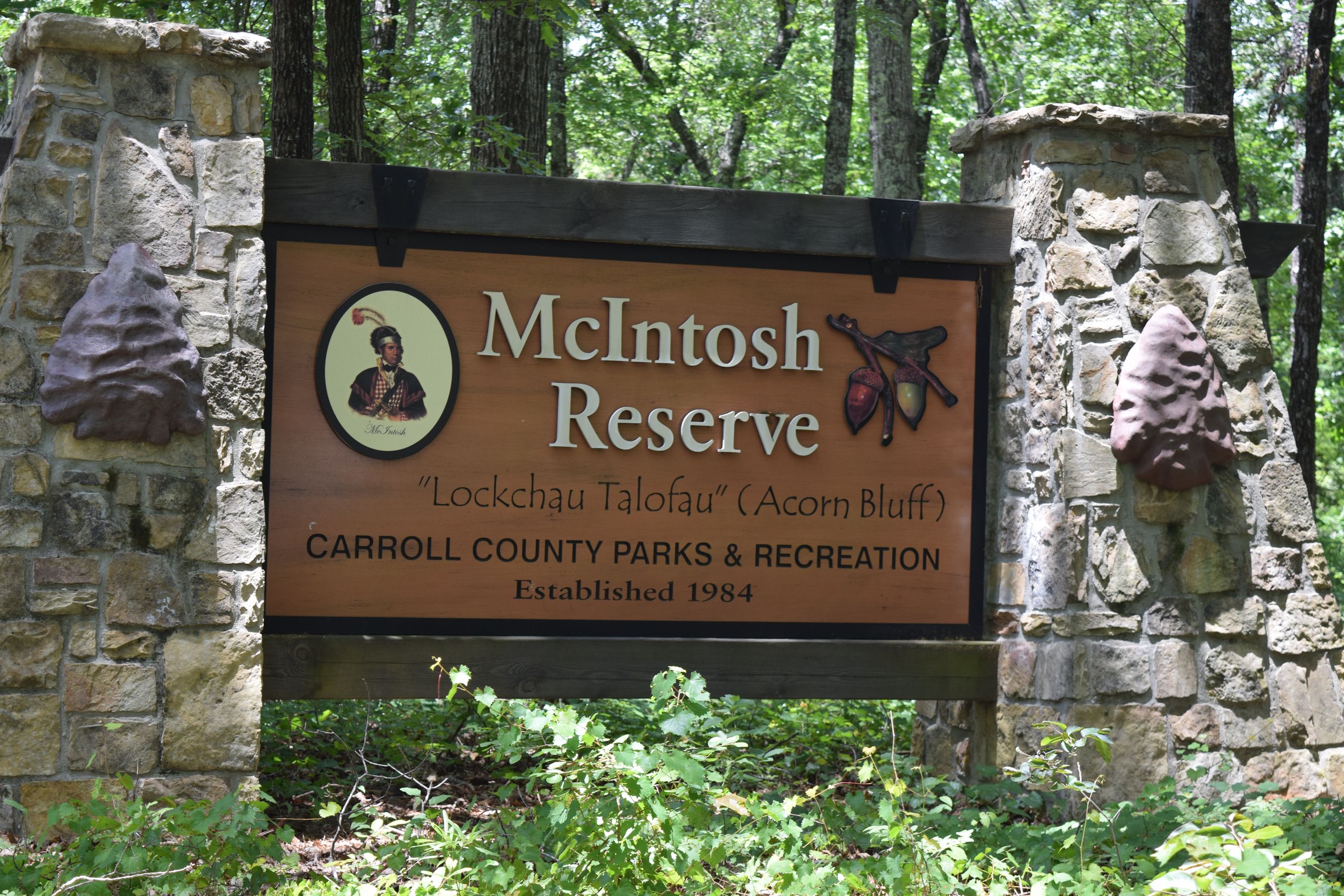 The reserve is very small – only 525 acres, but it is beautifully situated on the Chattahoochee River which is Creek for River of Painted Rock. (Now you may be thinking, how is Julie such a fount of knowledge? I wonder that myself sometimes!  Ha!  Actually I just research, read, and remember. Nothing special.) 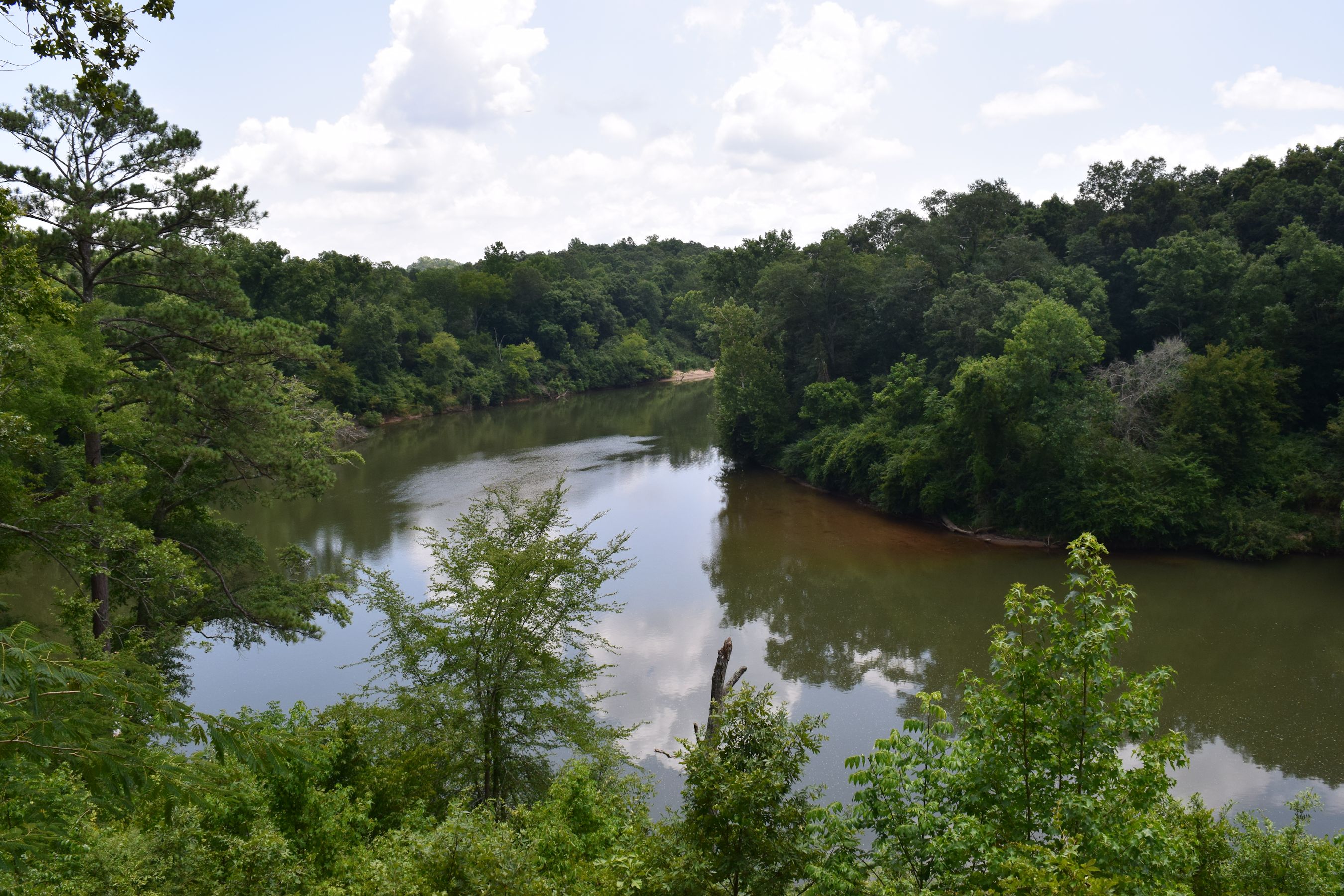 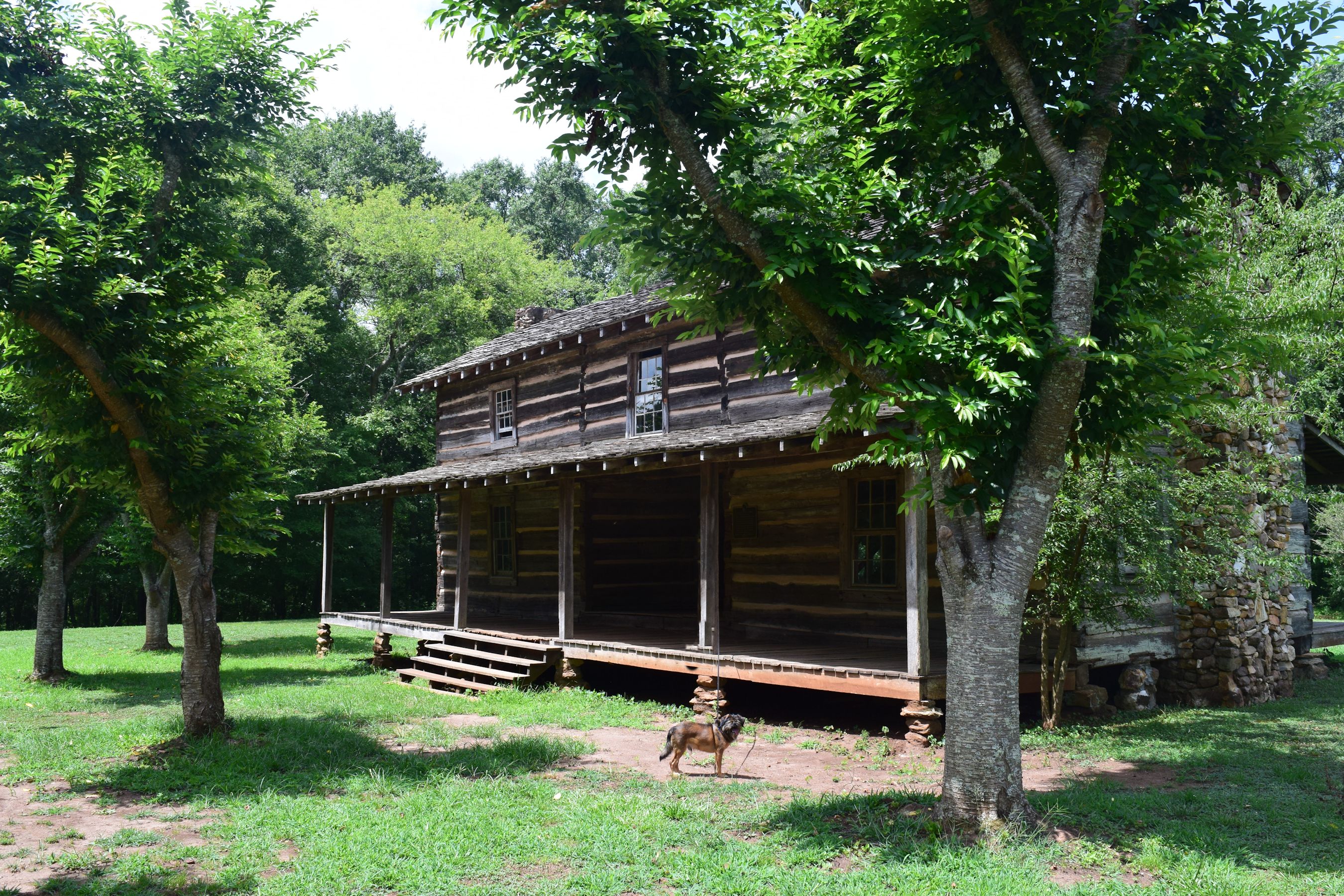 …and another near current day Indian Springs State Park in Flovilla, GA.  In addition to these two homes, the Chief owned every tavern, trading post, and ferry crossing from Georgia to Alabama. He was shrewd and prosperous.  He was also well-connected.

Although he lived mostly with the Creeks, he continued to have business with the government of Georgia.  His first cousin was the governor of Georgia, George Troup, and his daughter’s father-in-law was another Georgia Governor, David B. Mitchell.  He took customs of the white culture including “owning” black slaves, growing cotton, keeping livestock, and “owning” land.  With all his  adoption of white ways, the Creeks were beginning to distrust their chief. 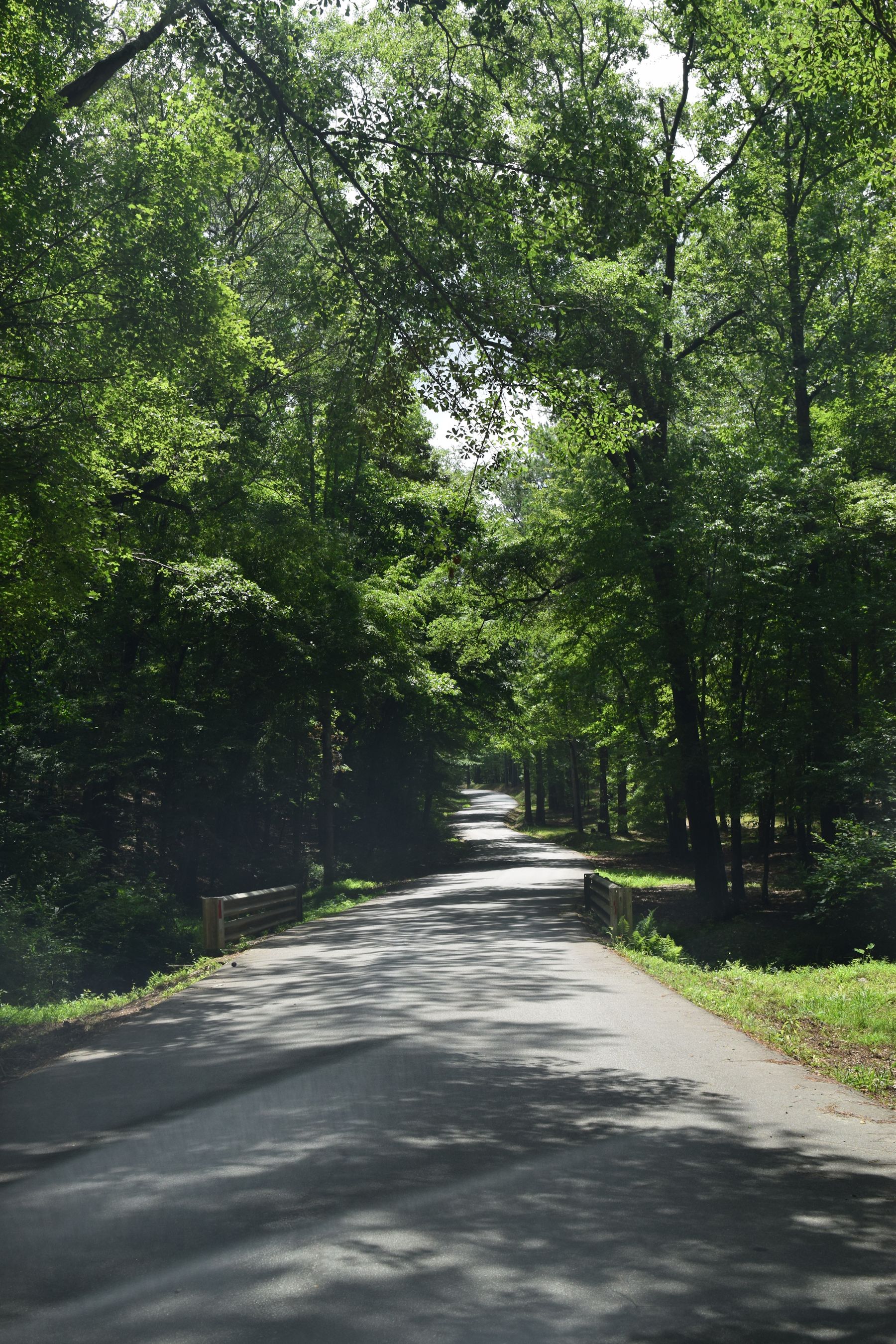 The government of Georgia wanted the land where the Creeks were living. They called it the extinguishment of all Indian titles.  The Indian agent assigned to the Creeks talked to Chief McIntosh and began working a deal. 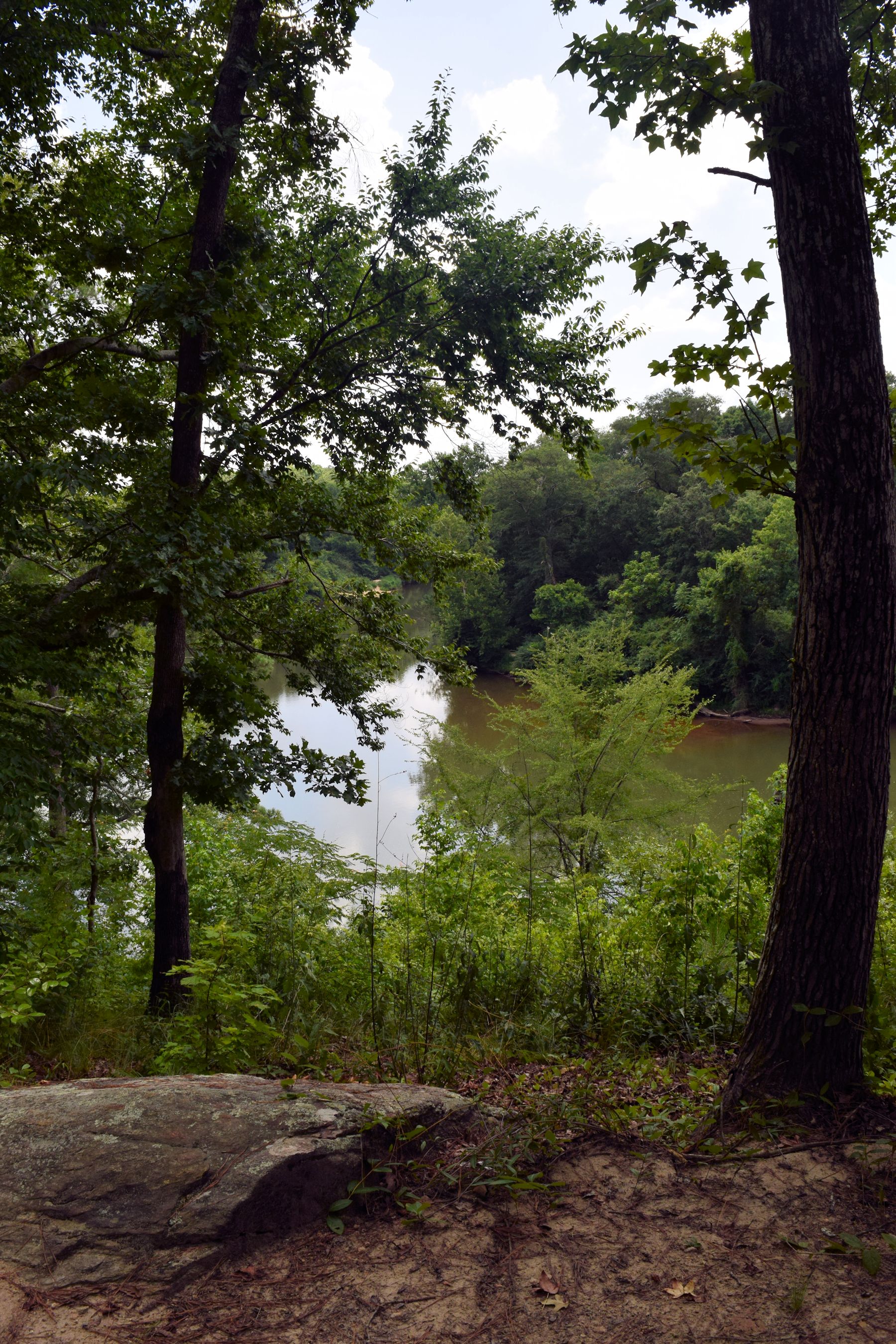 Despite opposition from other chiefs in the Creek Nation, Chief McIntosh and a few other Lower Creek Chiefs signed the Treaty of Fort Jackson and later of the (First and Second)Treaty of Indian Springs to cede lands to the state of Georgia. The Creeks were paid $200,000 for 2 million acres.  Governor Troup (McIntosh’s first cousin) then gave McIntosh 1,640 acres and control over disbursement of food and supplies from the government to the tribes. All of the Creek were now dependent upon Chief McIntosh.  The Upper Creeks weren’t happy about the deal some of the Lower Creek chiefs had made. They protested in Washington but the Treaty had already been ratified by the Senate. Matters took a turn for the worse for Chief McIntosh when the Upper Creek Indian contingency returned to Locktau Talofou (McIntosh’s home in Whitesburg) in  April 1825. 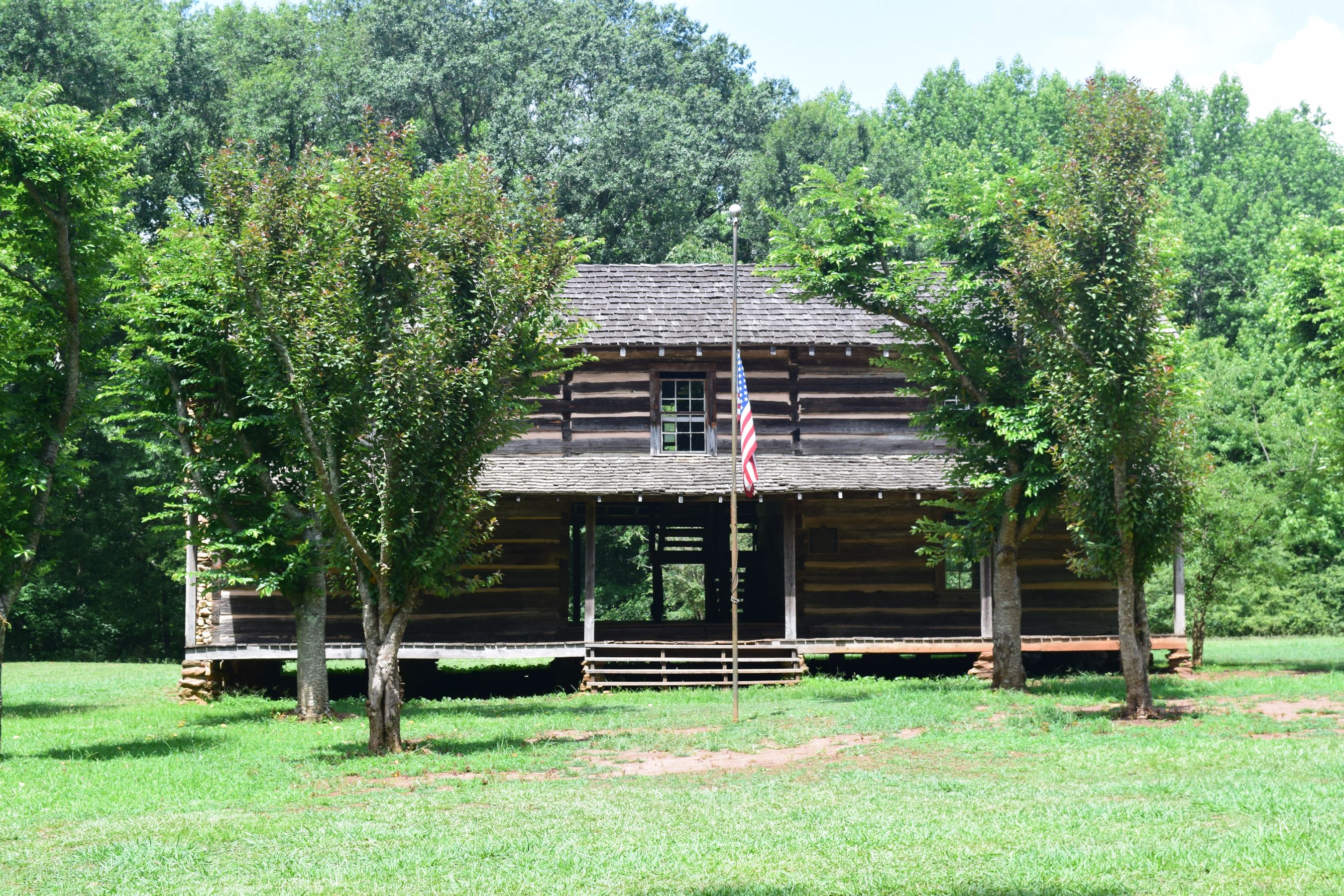 The chief of the Upper Creeks, Chief Menawa, brought 200 warriors to the land now known as the McIntosh Reserve and began setting the plantation buildings and the house itself on fire. They dragged Chief McIntosh from the burning house, stabbed him in the heart and then shot him 50 times.  They also killed any of the other signers of the treaty.  McIntosh’s son escaped death by leaping out a window as his home went  up in flames. 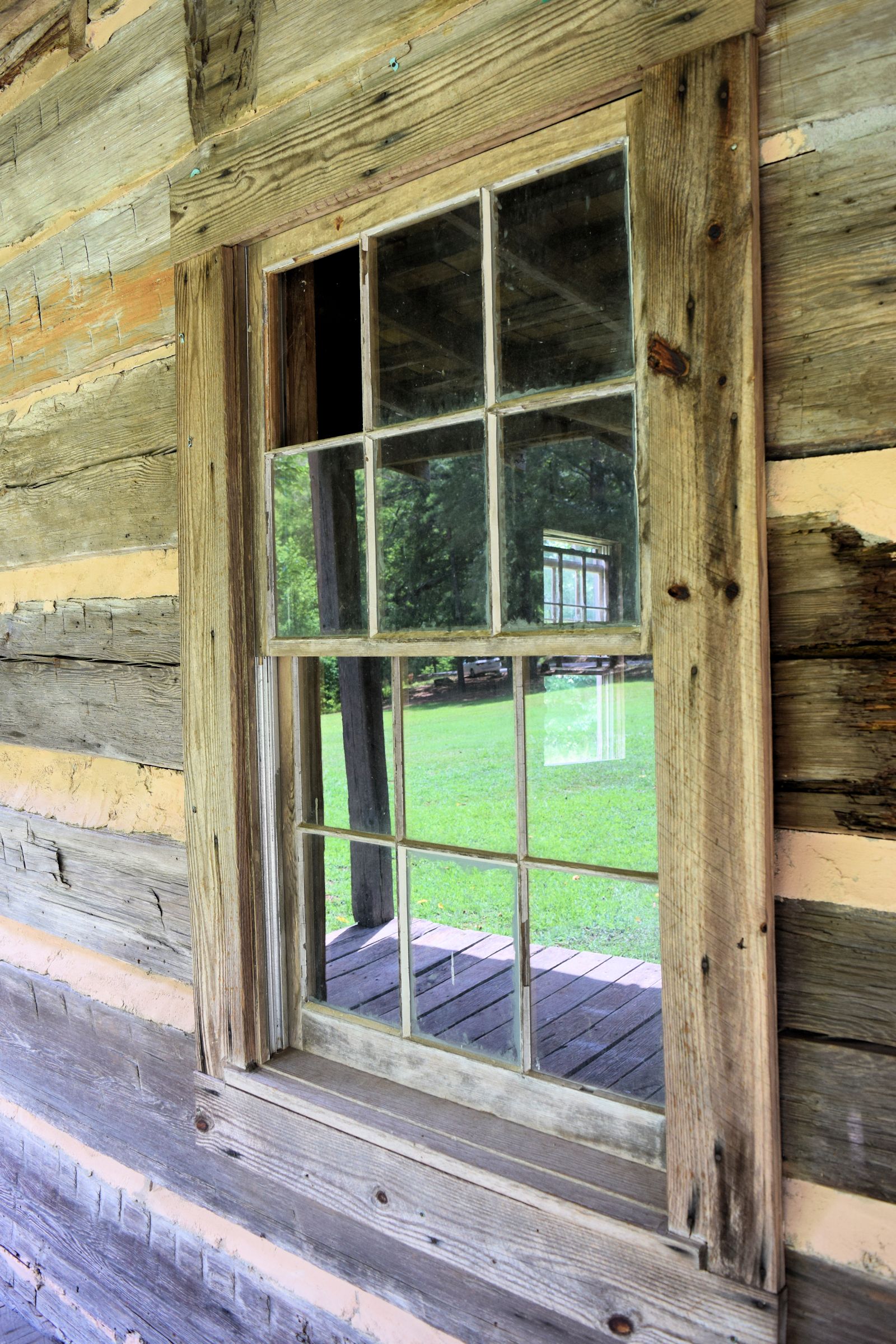 Although this is the site of the original plantation, the house was burned to the ground. This replica house built in the same “dog-trot” style as the original house was moved from Alabama.  It was used as a tavern and hotel so it was possibly owned by McIntosh anyway since he at one time owned all of the taverns and outposts in Georgia and Alabama.

Dog-trot houses are characterized by having two separate log cabins joined under one roof with a porch or walkway between.  The portion between is called the dog trot. 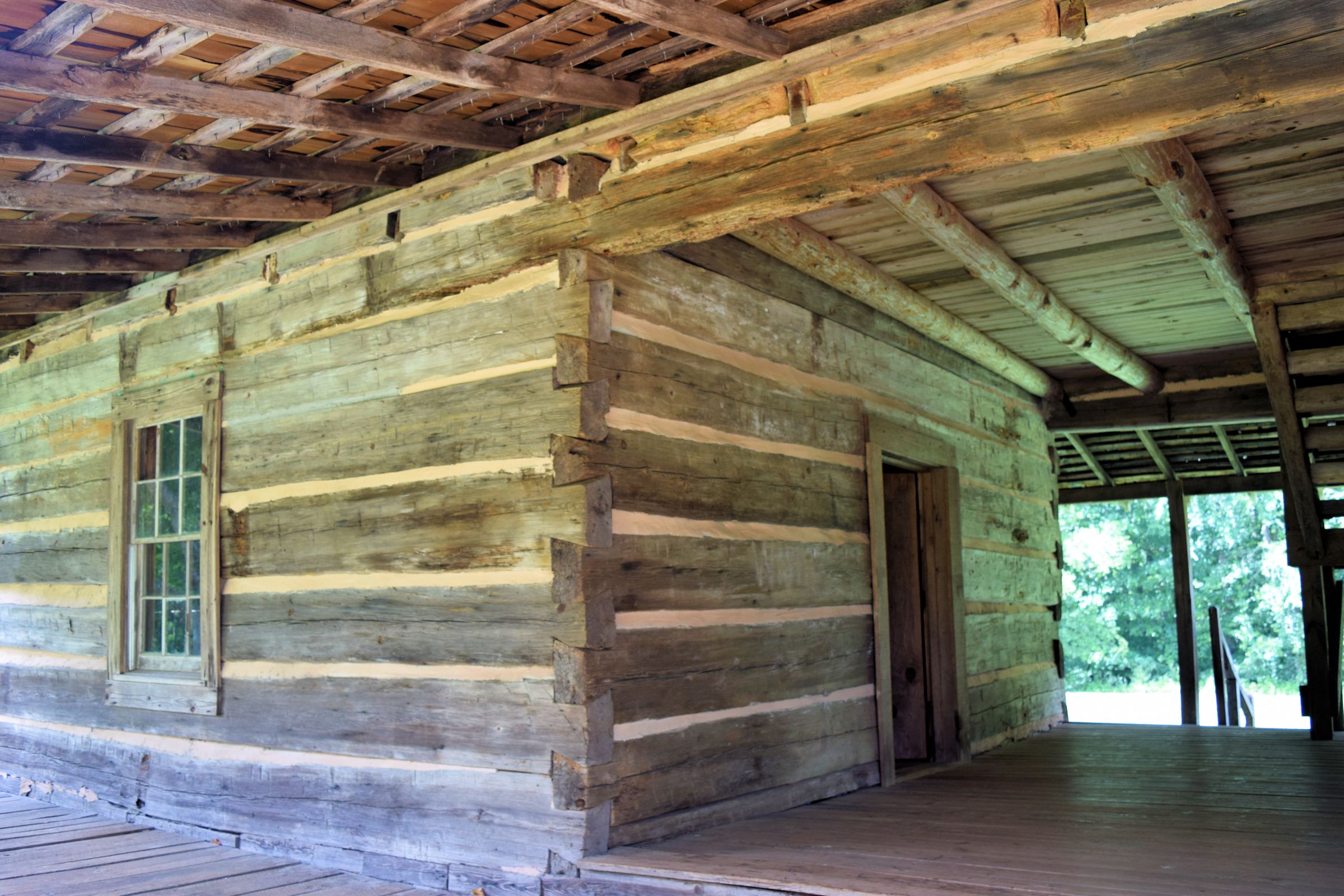 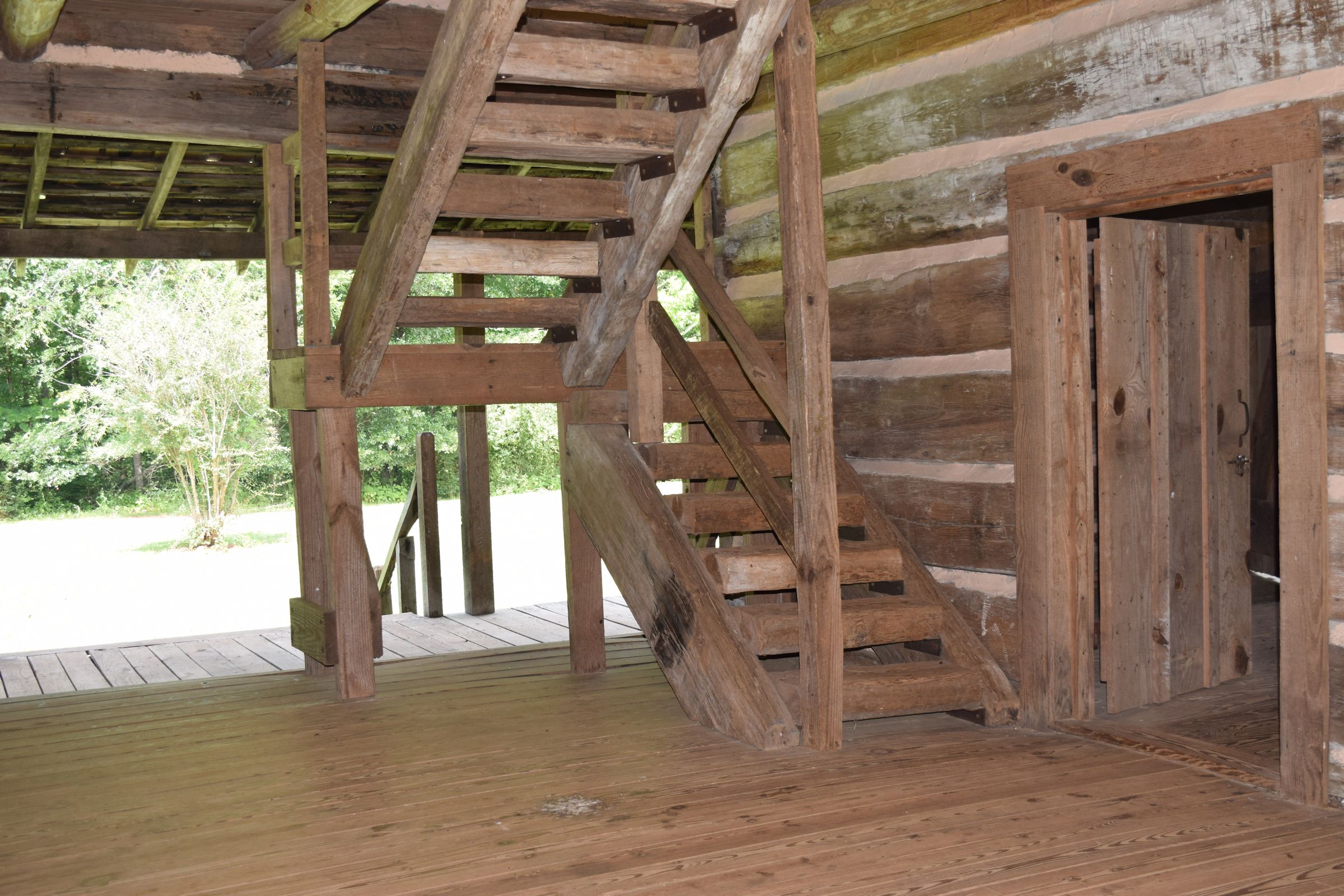 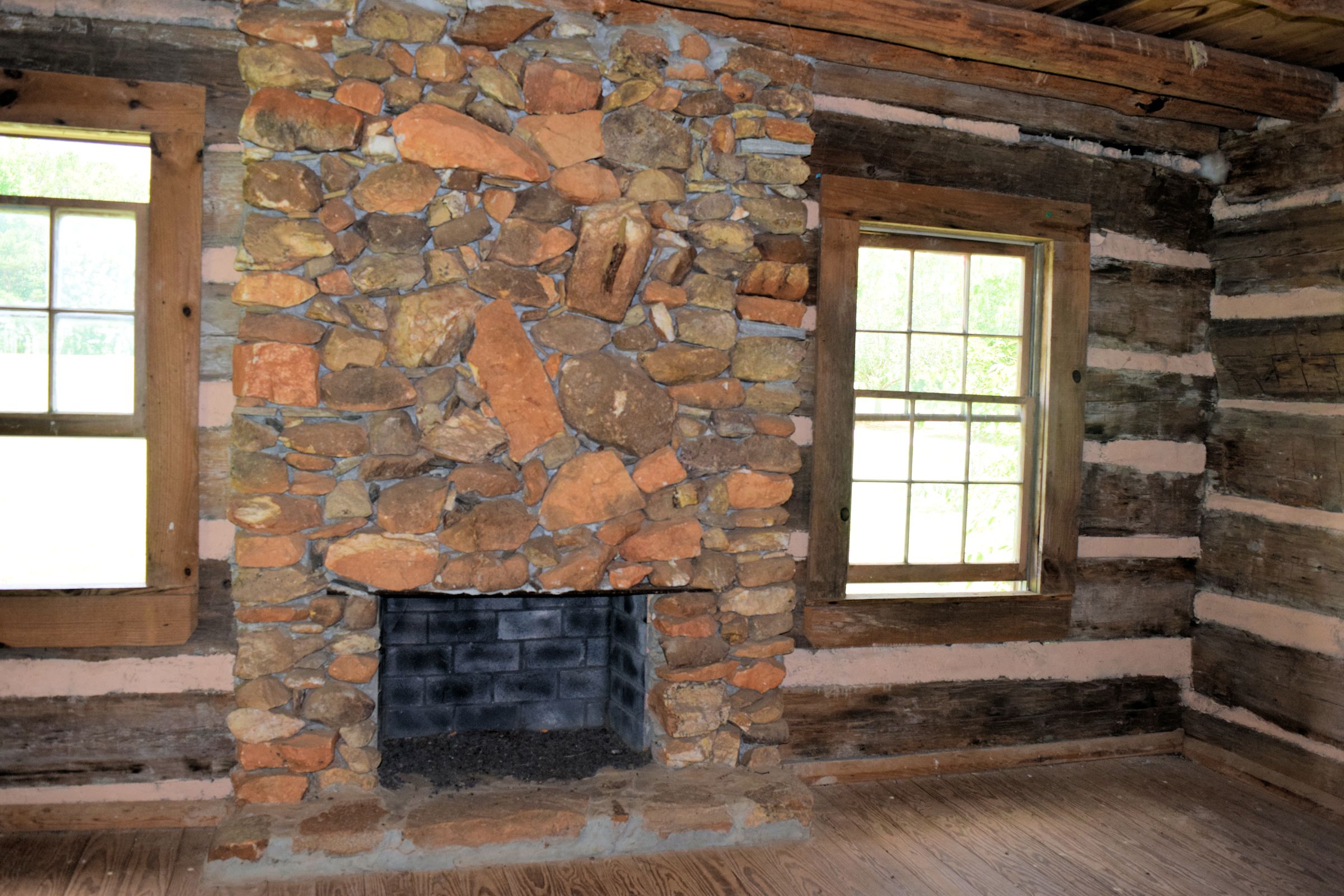 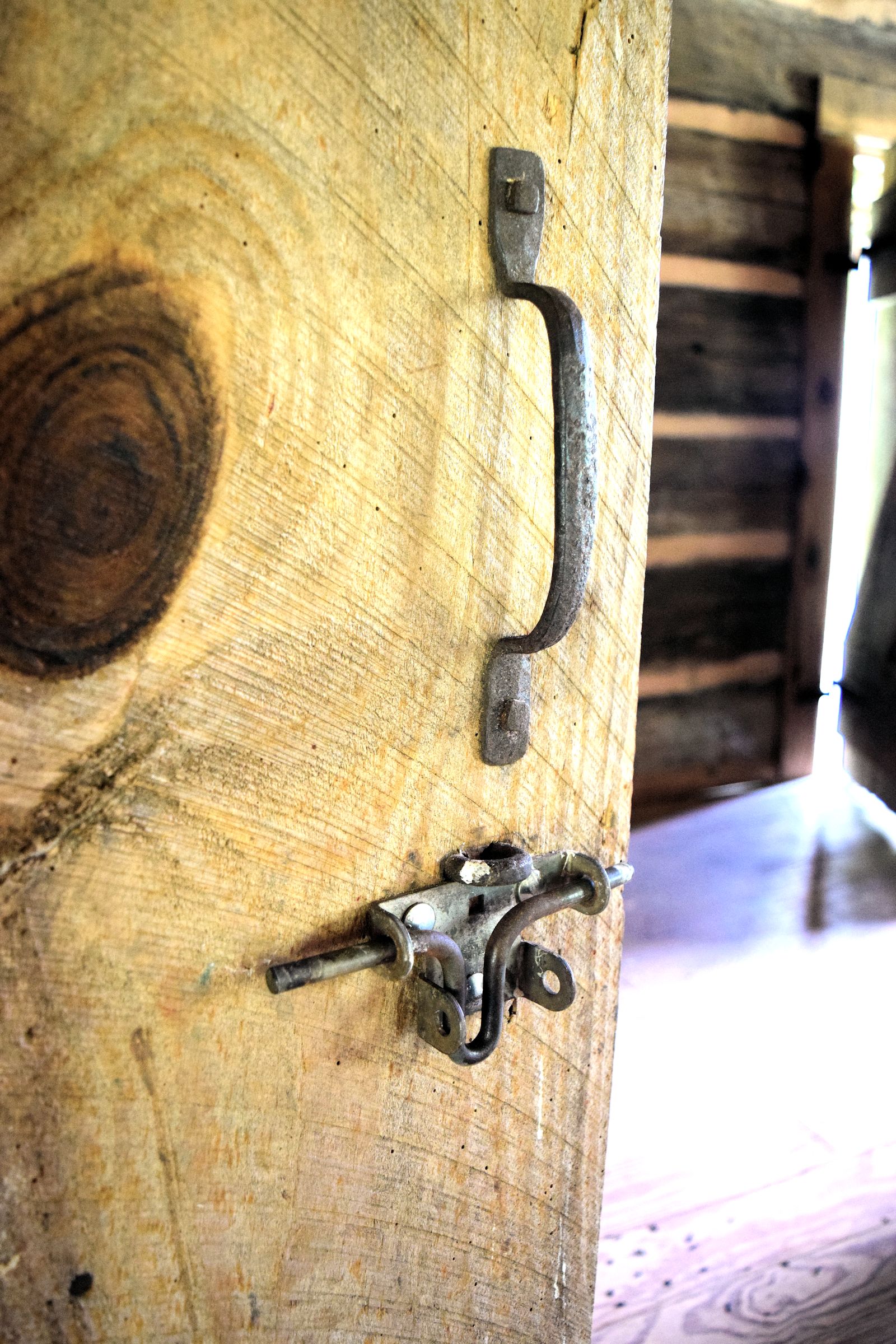 The story comes to a sad end when the three wives of Chief McIntosh asked for clothes to bury their husband in and they were denied.  Instead the marauders kicked his body into an unmarked grave and covered him with dirt.   In Whitesburg today there is a gravestone although I’m not sure if it marks the exact spot of his grave or is just a memorial. 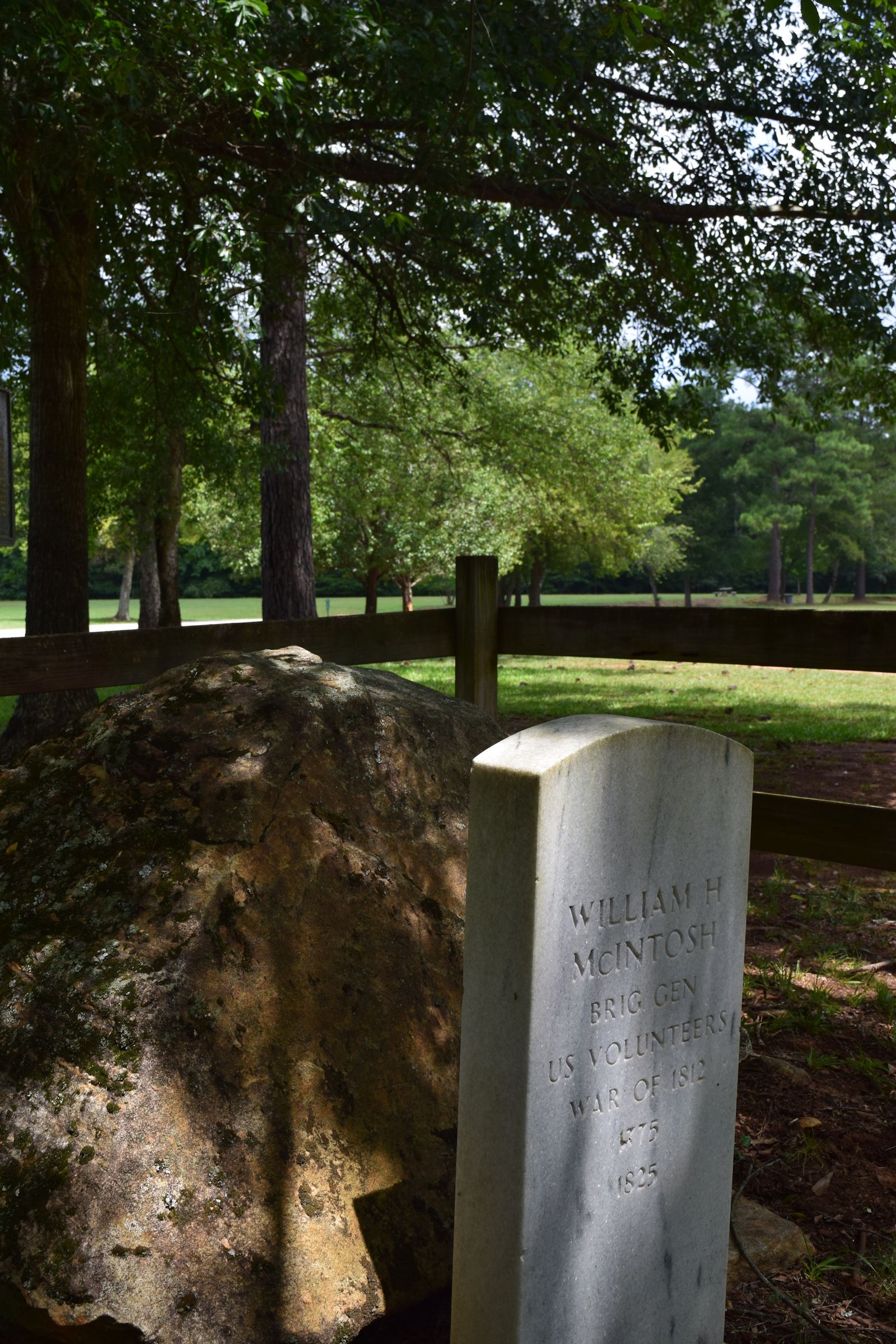 There is MUCH more to this story and the removal of the Creek Indians from Georgia.  I have only given a few brief details of the life of William McIntosh and the Creeks. I have lived in this area for 25 years now and his name is celebrated by naming buildings and parks after him (my daughter’s high school is called McIntosh) and roads after him, however recently people are beginning to tell the story from the perspective of the Creek Indians rather the point of view of the state of Georgia and their land deal. I’m pretty sure the Creek Indians would not be honoring him by naming so many things after him. 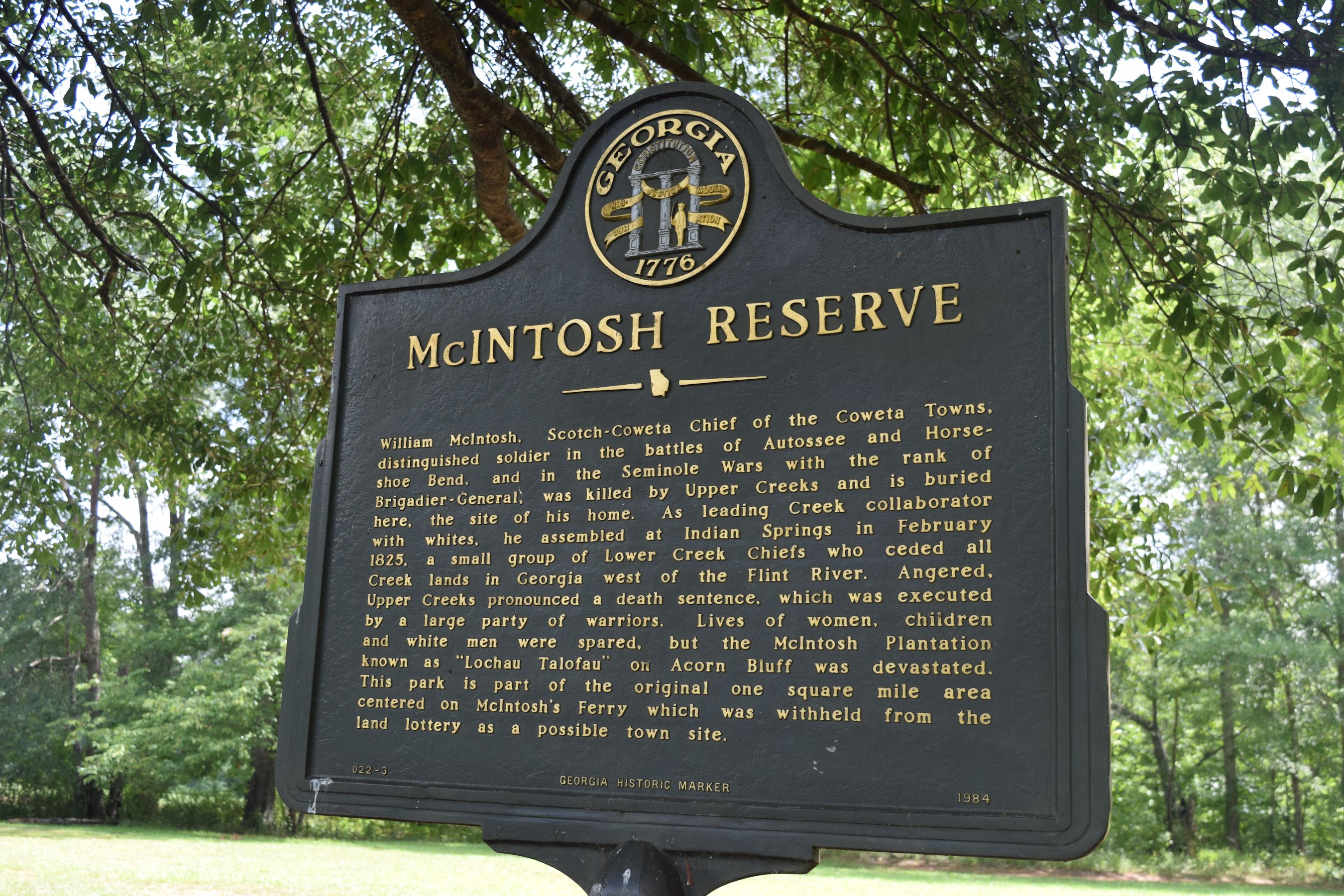 History lures you in, but then the more you think you know about a place and time, the more you realize that your knowledge is shallow and usually biased by the author sharing that information.  It can be frustrating but it personally makes me want to dig deeper into this rich, complex, and compelling story of my corner of the world.

While You Watch
Beef Stew