This is a 1962 photo but the building looked the same when I got there 12 years later except for the clothes, and except we really didn’t walk around in two’s as just about everyone in this photo is doing, and we didn’t have a panhandler in the front begging for money, or two people on the left going to the bathroom on the trees.  Ha Ha!  That’s what they get for posing so awkwardly in my vintage photo from the internet!

I enjoyed my high school years.  I still have many terrific friends from Headland.  Davis is enjoying his high school experience, too. He had his homecoming this week and was voted on the court for the seniors.  He’s a popular fella! 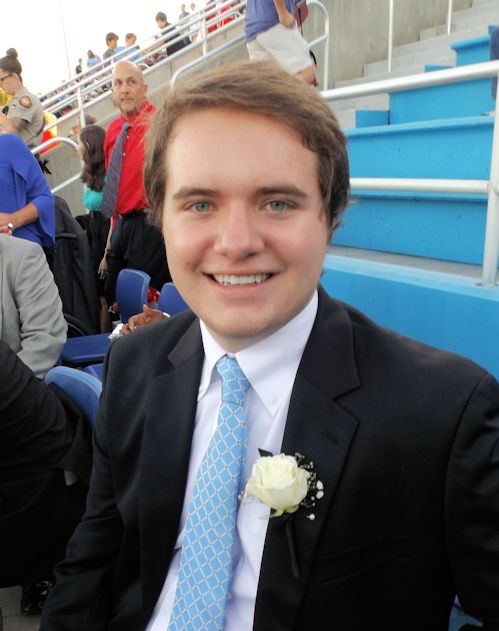 I added this next photo so you can see his pretty blue eyes. He was talking in this photo or perhaps rolling those blue eyes at me but I had to include it regardless of the circumstances because I liked it so much. 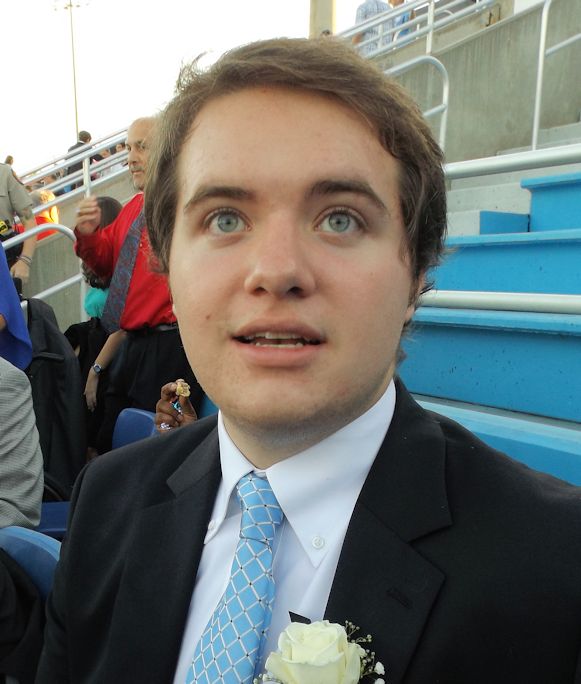 The theme this year was Disney so the 4 halls of the school were decorated like different theme parks at Disney and depicted different rides.  The parade on Thursday also had a Disney theme. 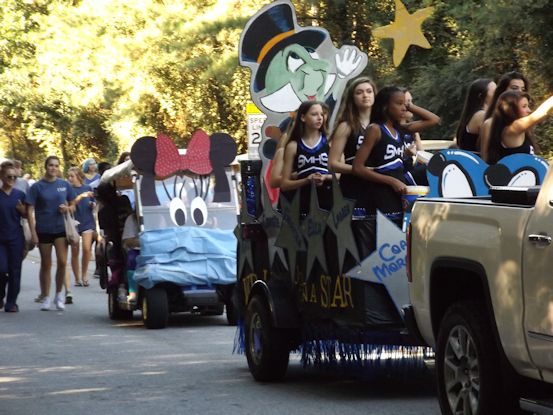 We had a visit from Captain Jack Sparrow. 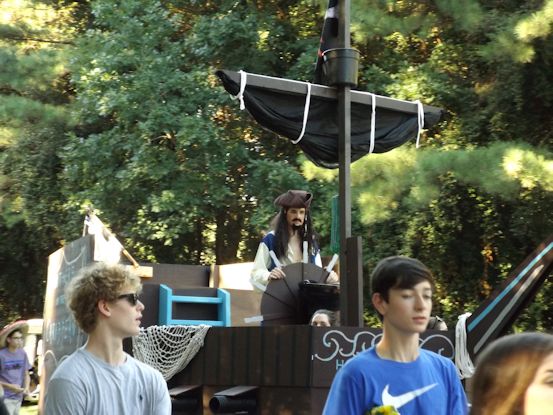 He was throwing his booty to the children of our fair city. 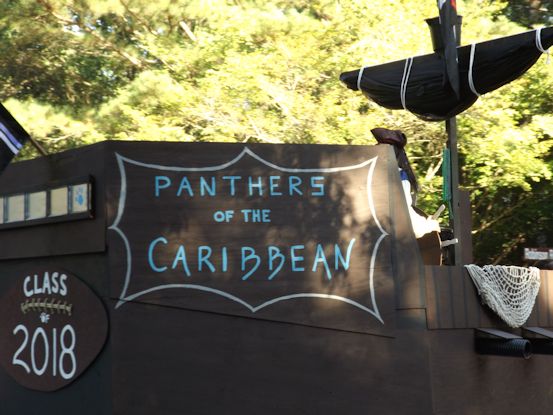 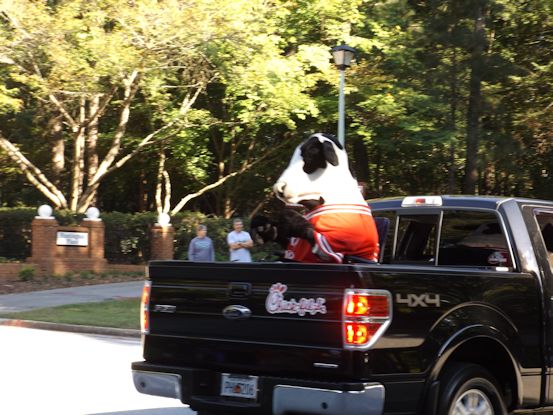 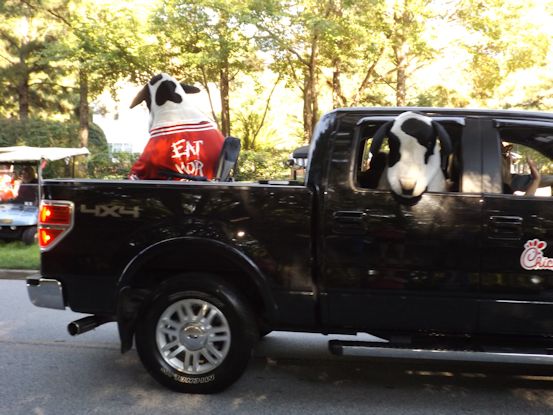 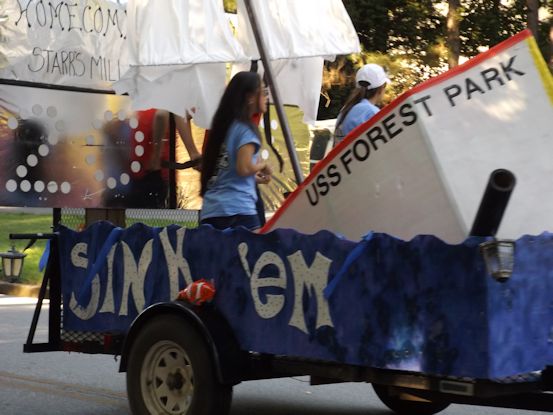 And then I see Davis arrive.  Notice I’ve taken many a photo at this point. Most of them are somewhat successful and in focus. 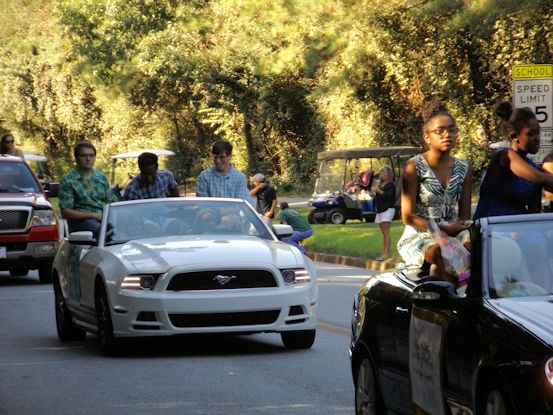 AND THEN MY CAMERA STARTS ZOOMING IN AND WON’T UNZOOM SO THIS IS WHAT I GET AS DAVIS PASSES BY!!!!!! 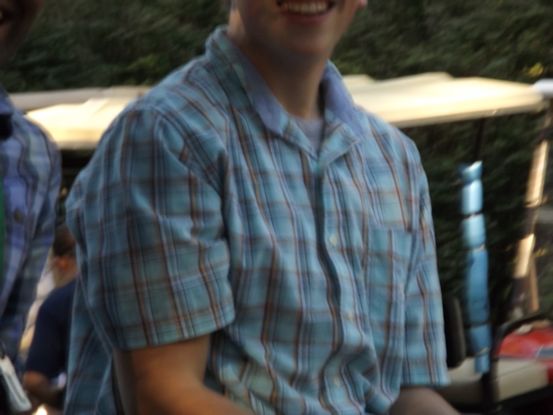 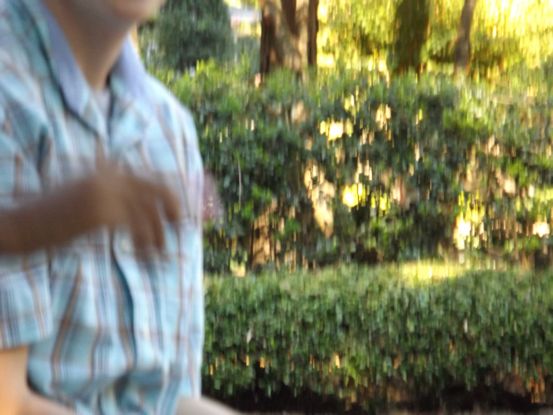 So I of course do what any good mom would do and run into the street and yell “Wait” and the mom driving the car recognizes a kindred spirit and does indeed wait.  So at this point the parade has stopped so I can get my picture. His friends are cracking up laughing and he is begging me to get out of the street and go back to my little blue fold-up chair. 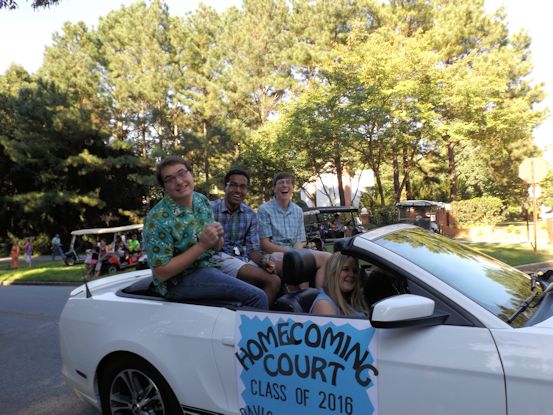 They are still cracking up even as the parade passes by.  Look at the mom driving.  All is well, though, and I got my picture. 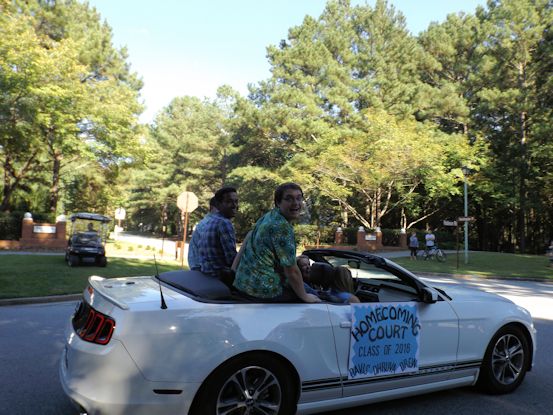 The next night was the Homecoming football game.. Here is Davis in his suit in front of the crowd.  It’s a big high school and a large crowd for the game. 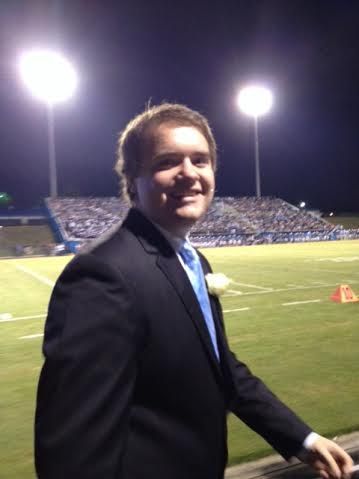 My high school (and elementary school) friend Terri came to homecoming for Davis support and she sat with my mom as I was required to escort Davis on the field.  Thank you for coming Terri!!!! A little side trivia is that my mom taught Terri in fifth grade.

It was a fun night.  We went out to eat afterwards and then it was rise and shine the next morning to go on Davis’s official college visit to Berry.  We met Olivia and watched game three of the Berry Vikings. Great weekend. 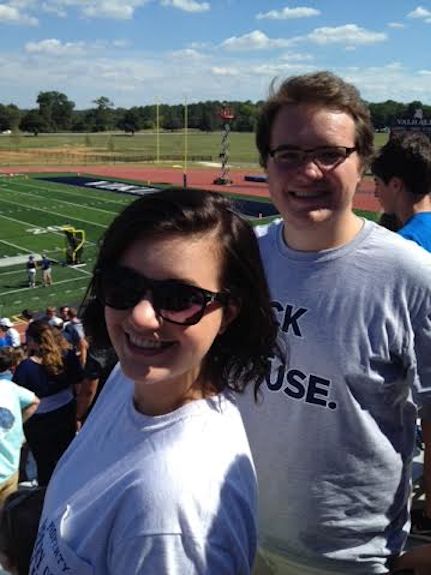