Pop that Button! My Turkey is Done!

I was surprised this year that my Butterball turkey didn’t have one of those plastic pop-up buttons on it to tell me when it’s done.  Instead I just cooked it to death in my convection oven.  No Salmonella or Campylobacteriosis on my watch.

I mentioned in my last post that I was working on my Thanksgiving painting craft turkey.  It doesn’t have a pop-up button on it either to tell me when it’s done so I’m just winging it and stepping out on a limb to say that this masterpiece is complete. 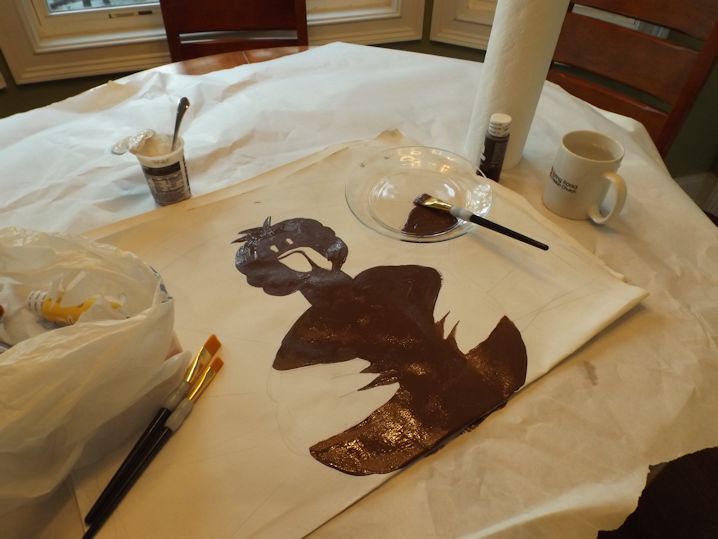 I saw door decorations such as this on the internet.  Most of them had a base of burlap.  However, I had some unstretched canvas retrieved from a pile of discarded materials at a school where I was once working and I used that instead.  Since I don’t know the canvas’ provenance, my luck It’s probably coated in asbestos or something dire.  Maybe I should rethink my policy on accepting handouts. 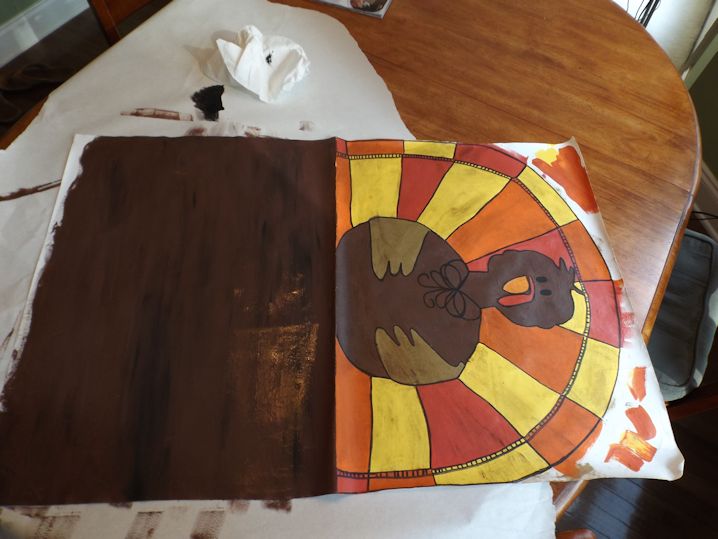 I found a drawing on the internet and enlarged it.  Then I drew my turkey on the top half of the folded canvas. I used my Rembrandt-like skills to paint this fowl, or some might say foul masterpiece. When I was finished painting I thought it looked a tad bright, so I used Annie Sloan dark wax from a previous project to tone it down. Finally, I sprayed on several coats of matte Mod Podge to seal it for outside use.   Olivia said it looked “like a fine specimen from the vault of historic turkey art.”   I think she might have been a little sarcastic.  Hard to tell. 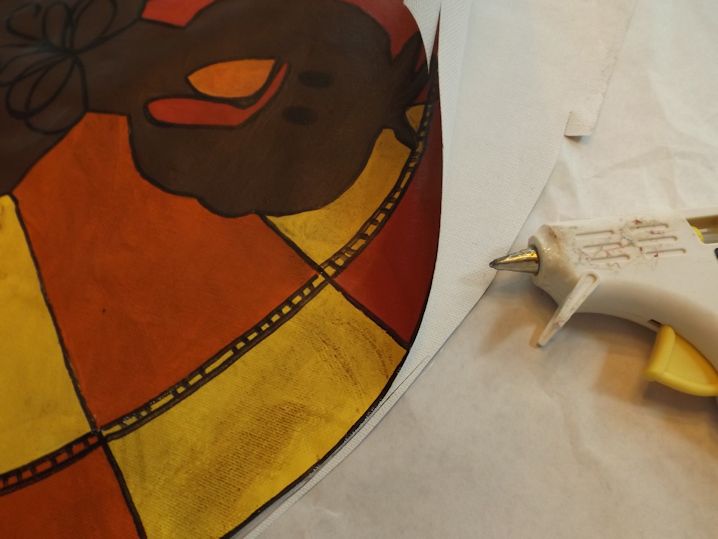 Since the canvas was free, I opted for free grocery bags as the stuffing. Easy! 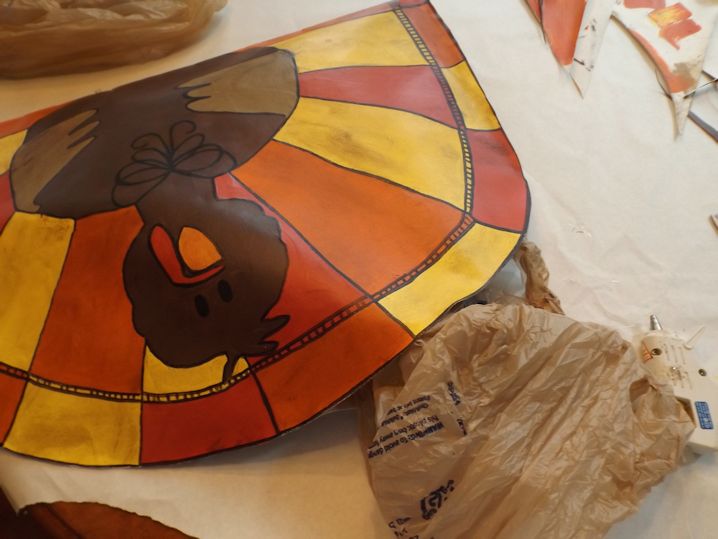 Sarcasm aside, I like it.  I will hang him on my door for a little outing today and then put him in the vault (basement) to store for next year. 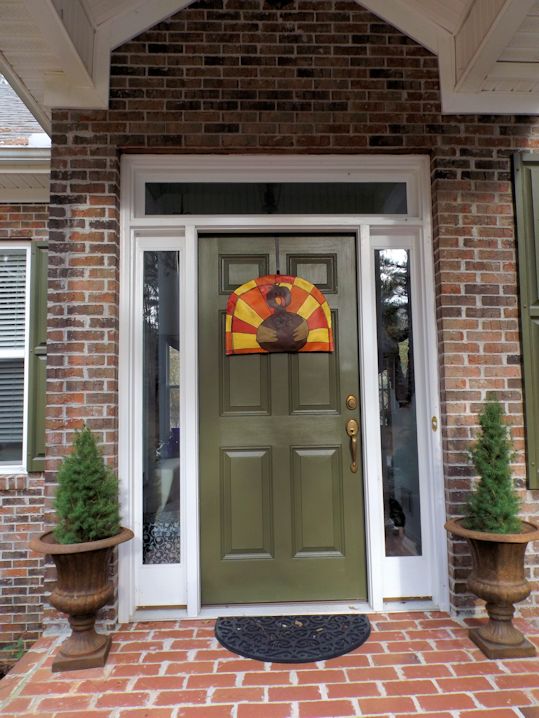 One Response to Pop that Button! My Turkey is Done!