Second in my series of field trips this week was Sweetwater Creek State Park.  This is number 4 overall but number two for the week.  We took third graders and loaded up the big yellow school bus. Put down the windows because there is no air conditioning on these buses.  Air conditioning?  We only live in Georgia.  Why would we possibly need air conditioning? 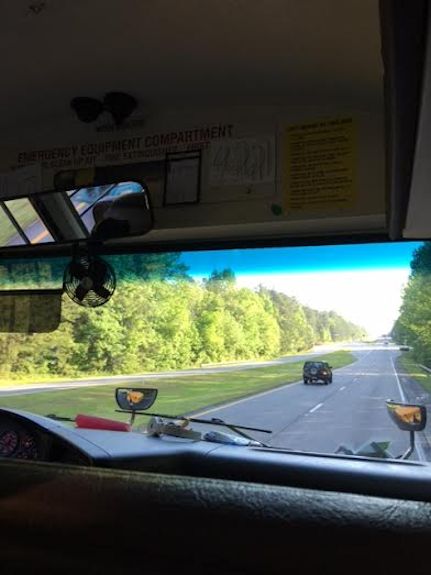 We drove past the location of the very first episode of The Walking Dead on AMC.  It was filmed a this Texaco station. 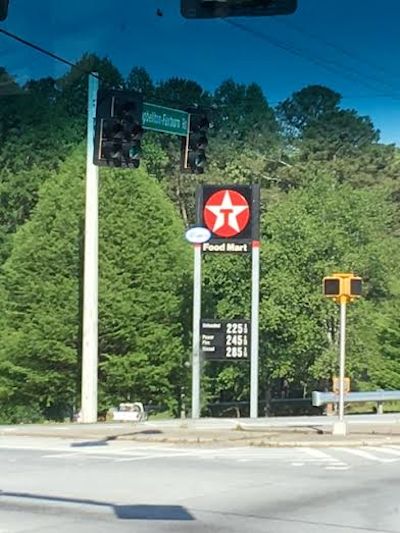 This is also the back roads way to get to Olivia’s college so I point out this Texaco each and every Alzheimer’s time to Davis and Olivia.  They groan and roll their eyes at my overkill.   Never gets old!!! 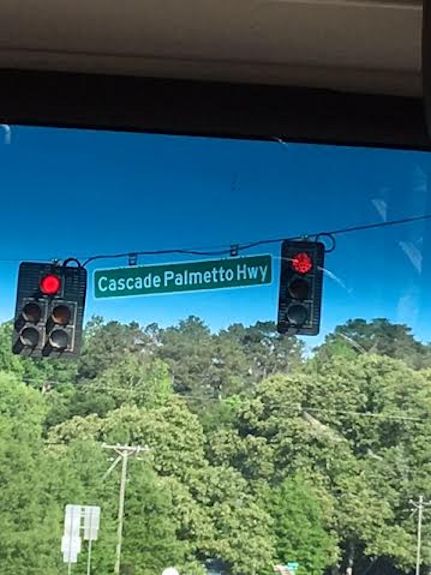 We arrived at the guest center.  It is a “green” center with waterless toilets and solar panels on the roof.  It was won awards for its design. 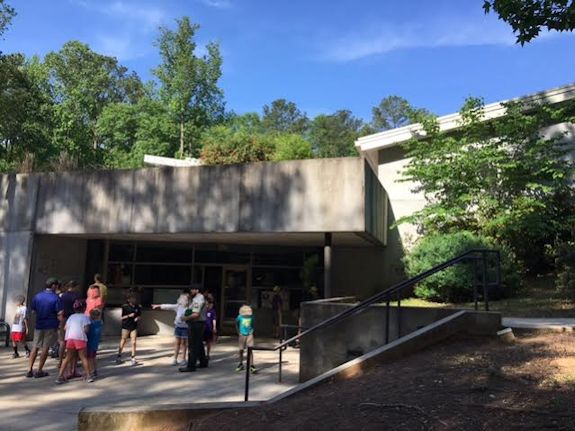 Ranger Andy started us off with a snake show. 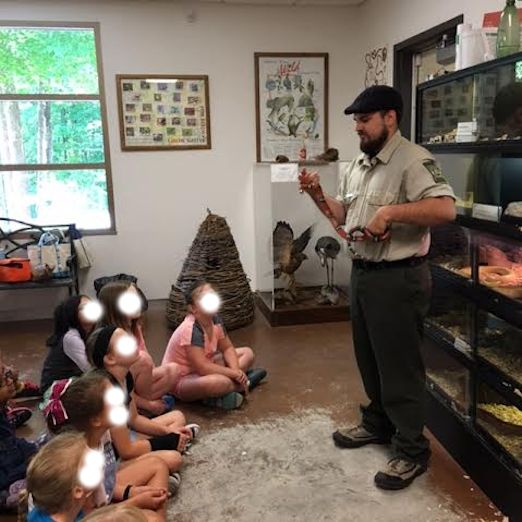 The snake was a friendly ambassador for the park. 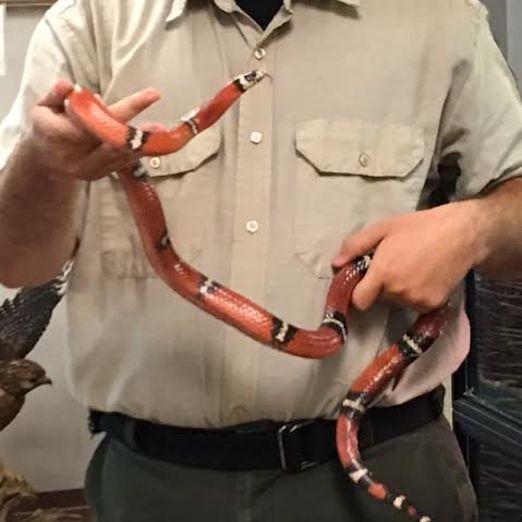 Next we headed down the trail to the river.  Ranger Andy led the way and wisely didn’t allow any children to walk in front of him.  I guess he wasn’t born yesterday and knew that they would be running full steam down the trail and most likely plunge into the water if given the opportunity. 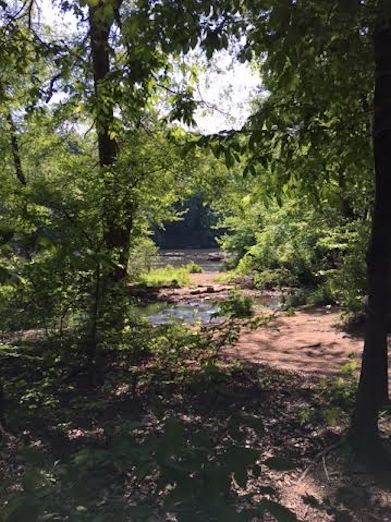 Since Ranger Andy was expertly guiding us, we got to walk a bit more leisurely and enjoy the view. 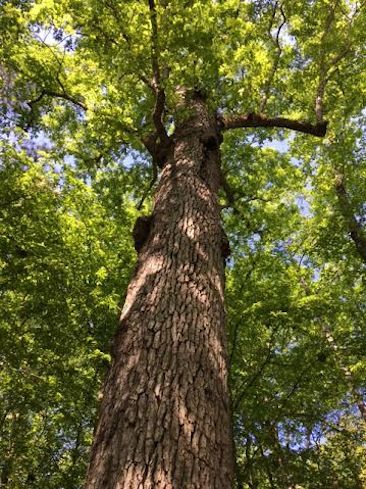 The wildflowers were out in abundance. Don’t ask me the name of them.  All my field trips are running together at this point. 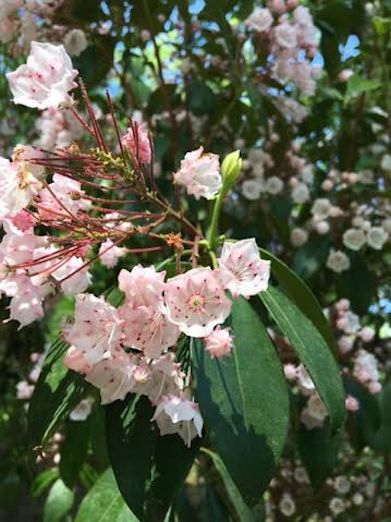 We walked by the mill race.  The sluice was built by workers in 1849 and it provided the water for the waterwheel at the New Manchester Mill. 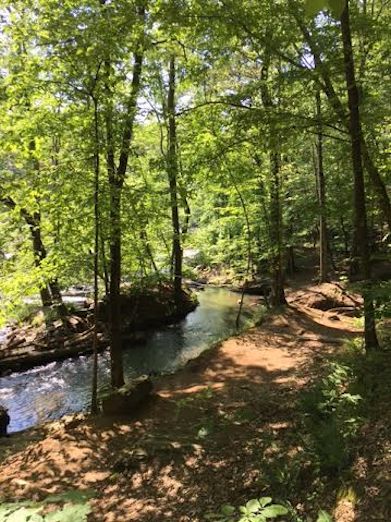 Another sluice photo shows the rocks used to make the walls. 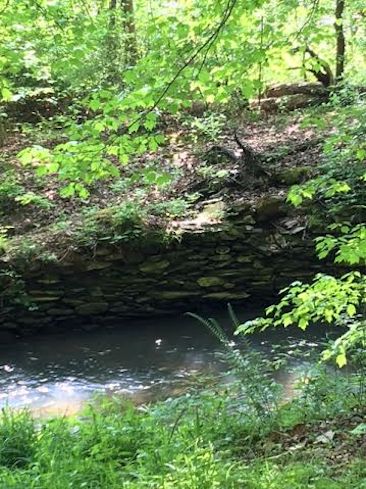 The New Manchester Mill was a cotton mill used before the Civil War. 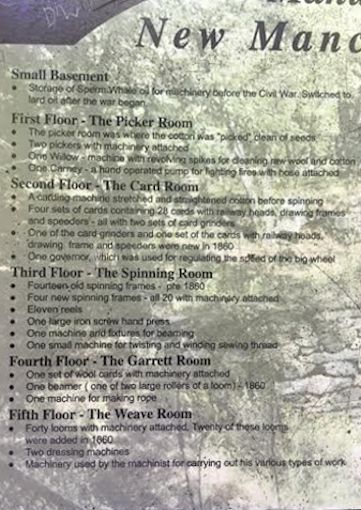 It was five stories tall.  A town built up around the mill including housing, businesses, a post office, and a dance hall. 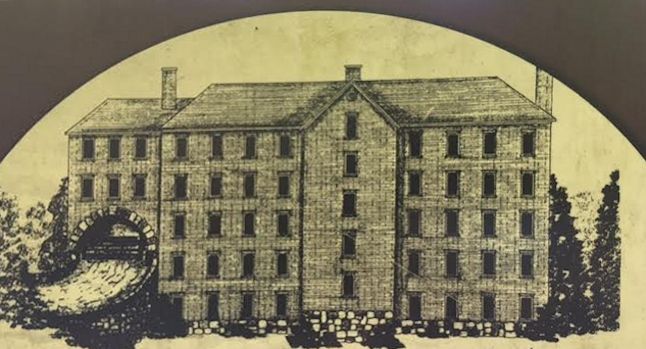 General Sherman ordered the mill to be burned to the ground during the Civil War.  He ordered the same for the mill in Roswell, GA, too.  The mill workers, mostly women and children, were relocated to Ohio. 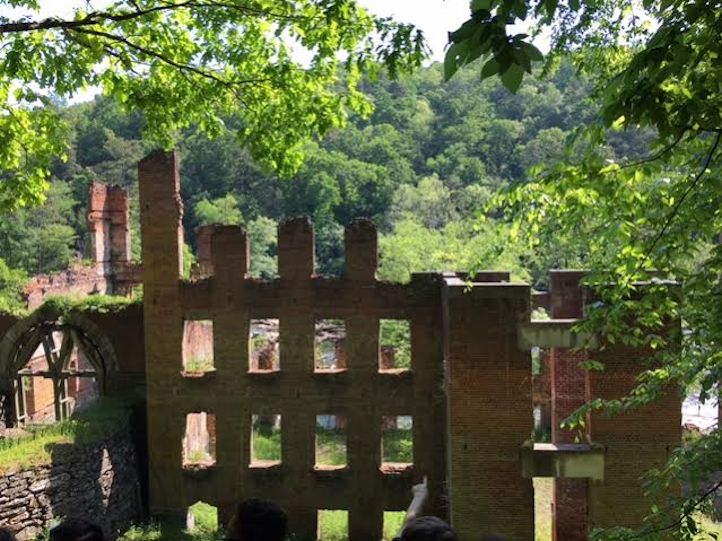 The ruins were used in the Hunger Games and other movies.  Sadly, no one returned to New Manchester after it was burned down and now it there is nothing left of the town. 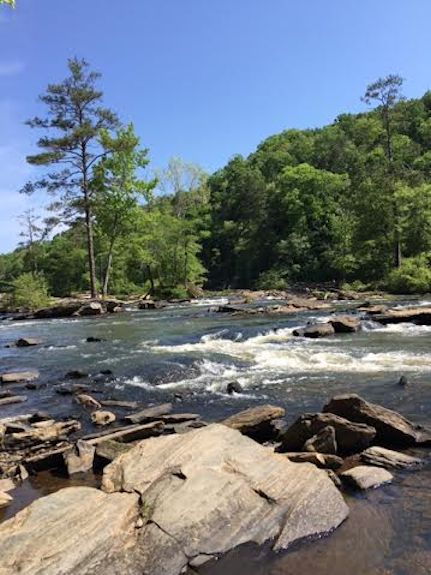 We were successful at keeping all the kids out of the water. 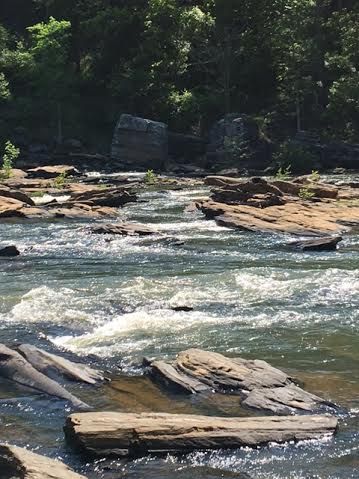 Finally, it was time for lunch!  I enjoyed gnawing on my giant granola bar. 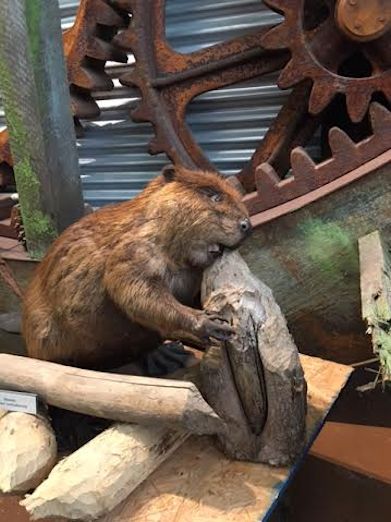 After lunch we walked around the visitor center and museum. There are a lot of interesting artifacts and taxidermy animals. 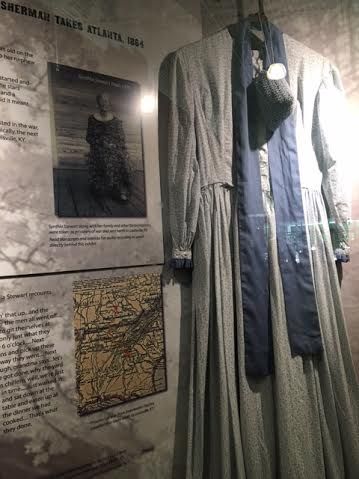 And a live animal or two. 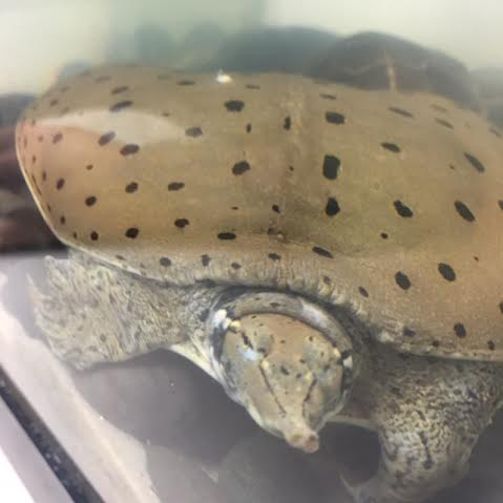 Or twenty-two.  I counted all the kiddos and loaded them back on the bus.  Hooray for another field trip in the books.