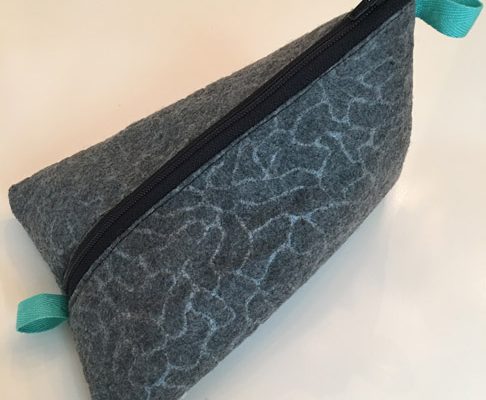 When I was sixteen my friend Nancy and I got jobs at Wendy’s.  Back then singles, chili, frosties, and baked potatoes were 89 cents each.  I can still remember the order of the condiments for hamburgers that we had to memorize – mayonnaise, ketchup, pickle, onion, tomato, lettuce, mustard.  If you worked at the cash register, you had to memorize that and then rearrange the order of condiments into that specific order as people said what they wanted.  For example, if a person ordered lettuce, mayonnaise, and ketchup, the correct order is mayonnaise, ketchup, and lettuce.  And, if you ordered a baked potato, and we sold lots of them, you received a Tetra Pak of sour cream.

Wendy’s was my first encounter with a Tetra Pak.  I have been fascinated ever since by the every-other-way crimp of the design. The triangle shape becomes a tetrahedron, hence the name, Tetra Pak.  The wife of an executive in Sweden came up with the continuous tube packaging and crimping that we now associate with sour cream packages at fast food restaurants.  In Europe, the first use was for milk, and you can see they were large packages compared to the little sour cream packages we get today. 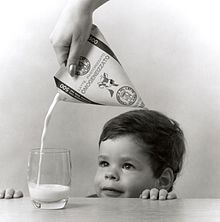 Previously, I used the Tetra Pak design with paper to fill with candy and now, today I made a fabric zippered Tetra Pak.  I used a 9X12 piece of felt from the bargain bin at Joann’s Fabric, lightweight fusible lining, ribbon from White&Fig, and a 9 inch zipper.  I probably should have used a shorter zipper but I didn’t  want to go out and buy just one zipper so I economized and used it anyway. 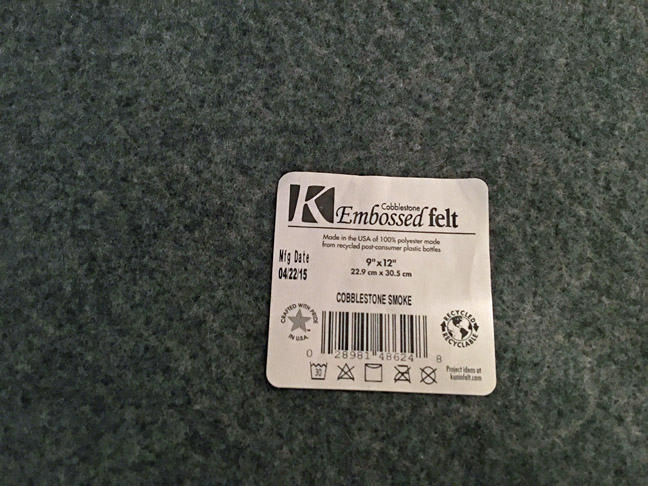 Here is the front of the felt.  I love it. 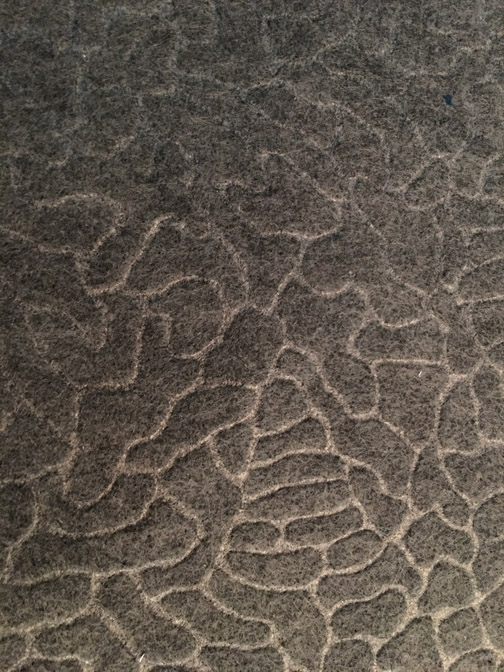 First, cut and iron on the backing.  Next, make a tube of the fabric by sewing a zipper, rights sides together on the short side to each side of the felt.  I completed one side here.  I will fold the felt and sew the other “right” side to the zipper.   Now all you will see is the black lining. 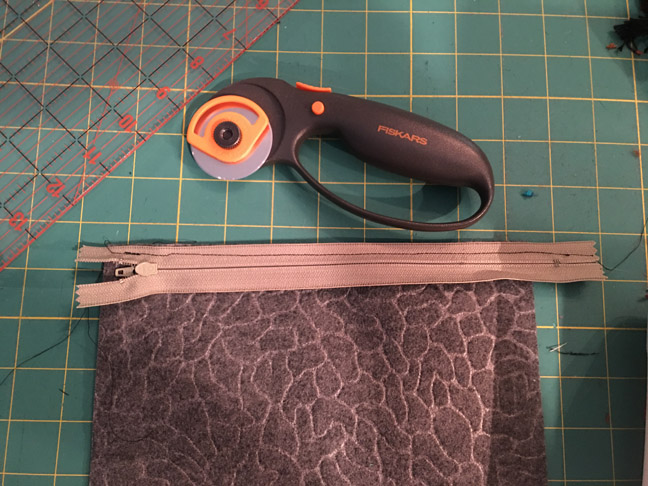 The next step is to sew a seam at the the “top” or “opening” end of the zipper.  The fabric is simply folded in half like it already is when you added the zipper.  Place a loop of ribbon, cut sides out, in the fabric near the zipper. 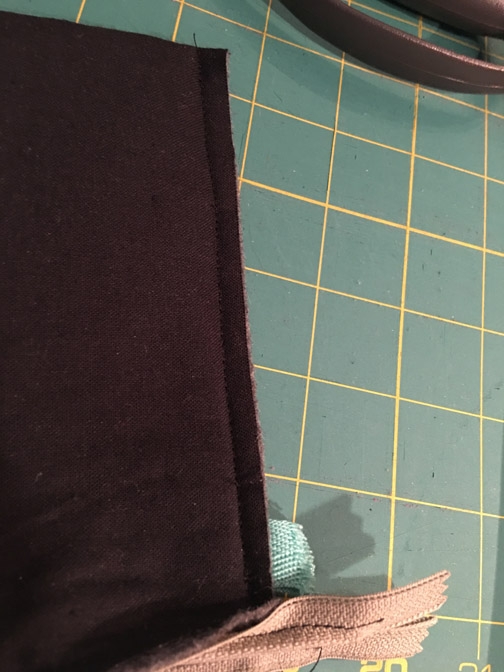 Don’t forget to put on your zipper foot so the needle will be nice and close to the zipper. 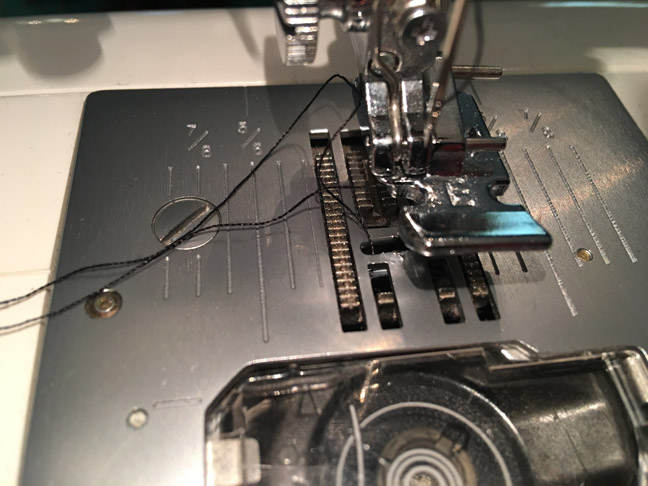 Last, refold the bag so that the “bottom” or “end” of the zipper is now in the middle of the fold. Place another loop of ribbon behind the zipper with the cut ends out and the loop inside the bag.  Unzip the zipper part way so you can turn it later.  Sew a seam across opening, trim the corners, and turn the bag inside out through the opened zipper. 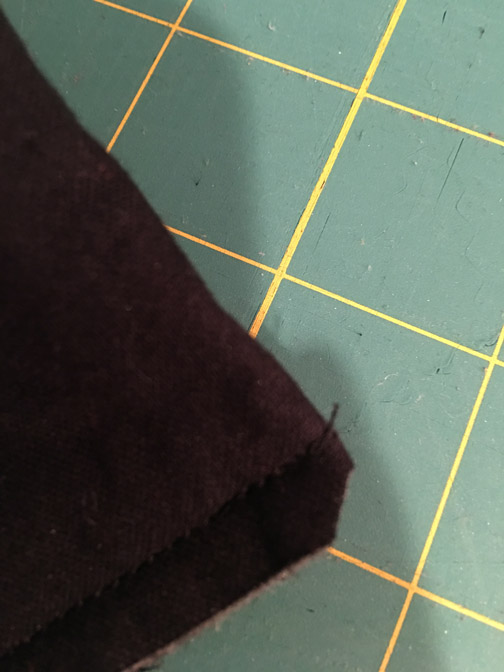 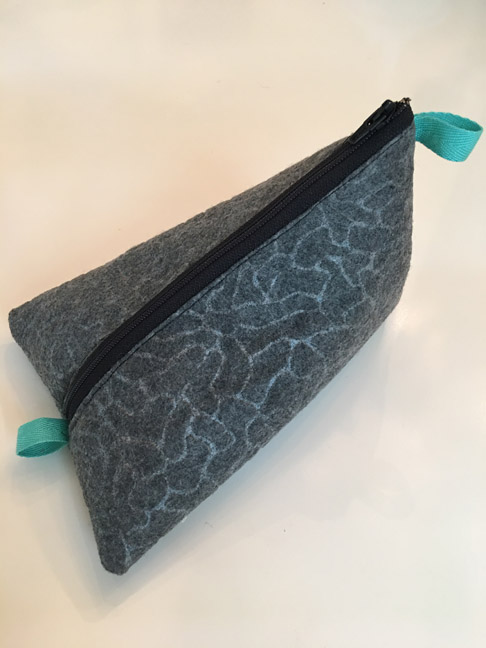 I made two of these cute Tetra Pak bags.  Olivia is already gone to college so I showed them to Davis.  Here’s how it went down.

Me:  I made two ‘sour cream’ zipper pouch bags.  Aren’t they cute?  Do you want one?

Me:  You put stuff in them.

Me:  Anything.  Do you want one to take to college?

So then I go to Publix to get ingredients to make Nachos.  I come home with one of those new squeezable Sour Cream Pouches from Daisy.  They somewhat resemble a Tetra Pak with the flat bottom and triangle sides. 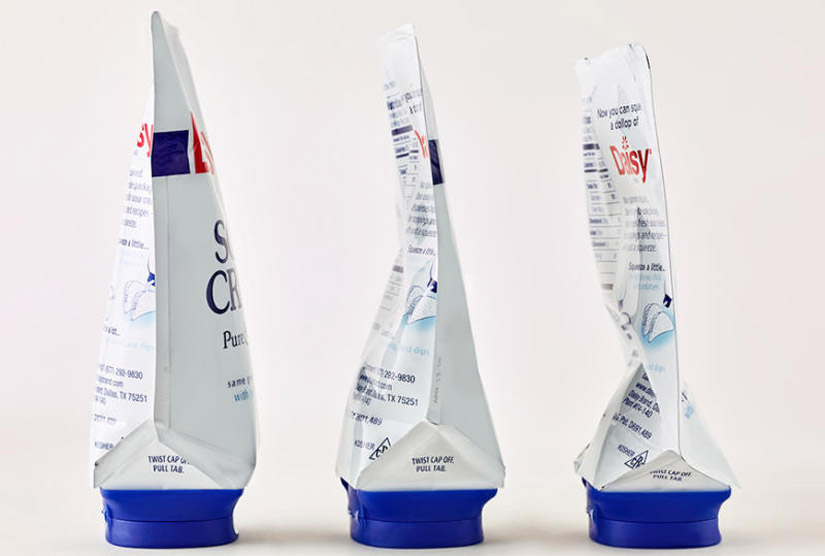 Davis:  Oh, so NOW I get what you were talking about.  If I had seen this I would have known what you meant by ‘sour cream’ pouches.  I just didn’t know what you meant when you showed me the zippered bag.

Me: Oh good! Do you want one of those zippered pouches then?

Stinker!!!!  Just look at what he is missing out on getting! 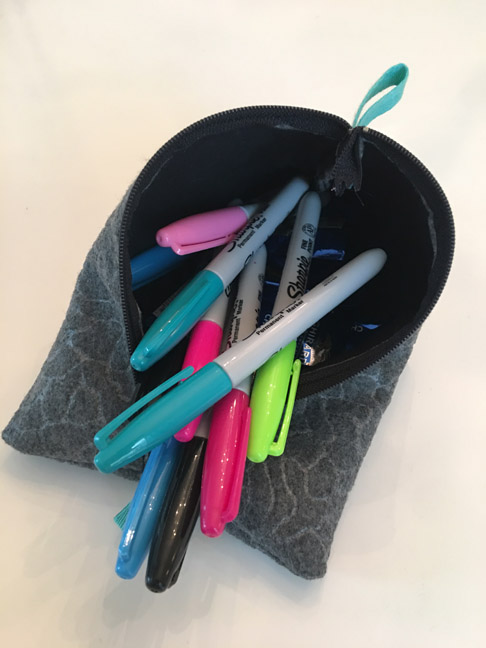 And he totally isn’t getting this, either! 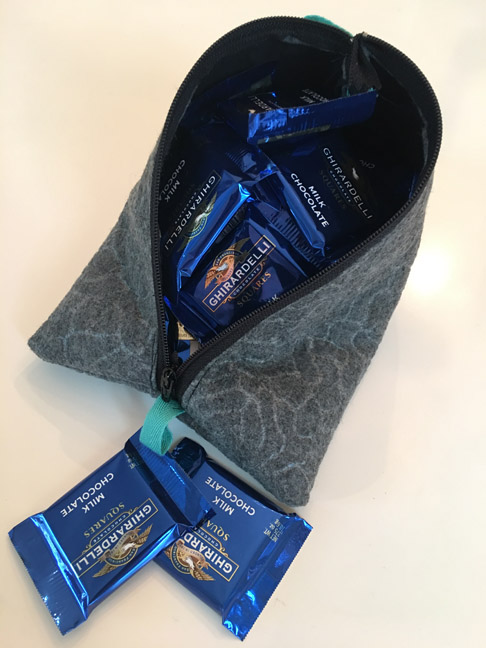 I will learn not to try to impress a nineteen-year-old with sewing projects.  Now I guess I have a bag for my own chocolate stash.