We have been busy busy lately with Davis and his extra curriculars. He recently attended All-State Chorus in Athens, GA. 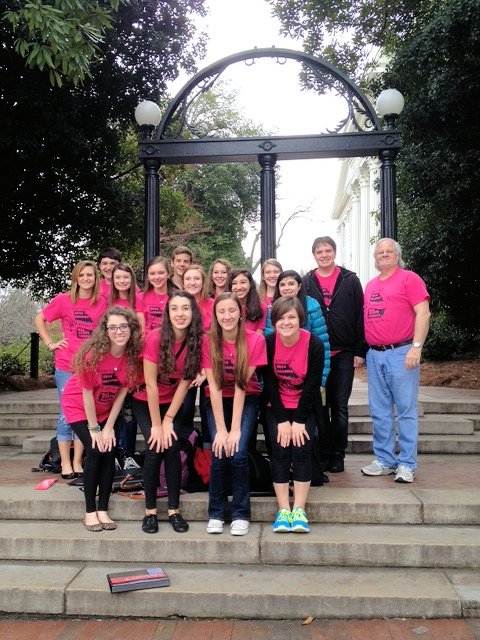 UGA is my Alma mater so I was happy to go as a chaperon.  This is the arch at the North end of campus.  If you go under the arch before you are a graduate of UGA legend has it that you won’t graduate at all. I led Davis around just in case he decides to attend.  He has a few years before he has to decide. 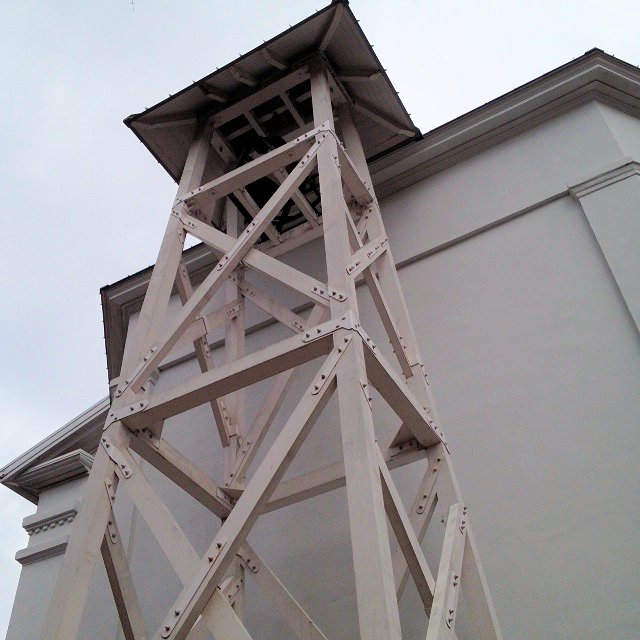 A couple of buildings down from the Arch is the old chapel and its bell.  The kids made sure to ring the bell. The cause for celebration?  Nothing official except to be out of school and enjoying a day with friends. 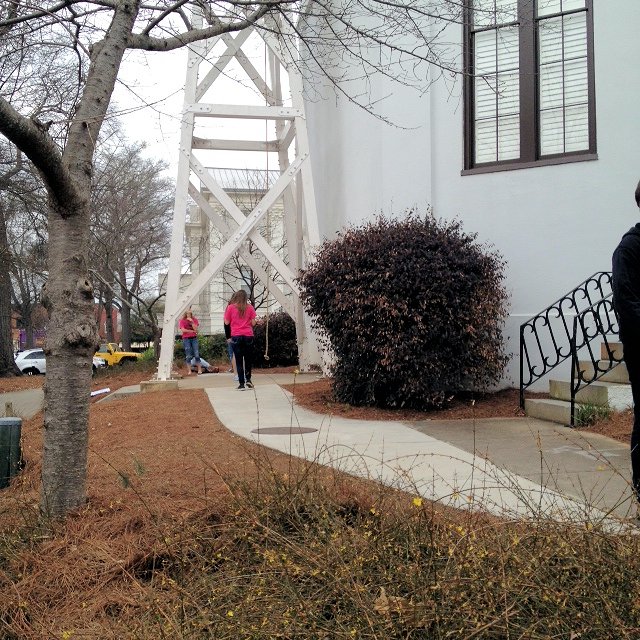 Davis and his back up chicks even got to go in the chapel to sing a song or two.  The acoustics are splendid and the lure of the stage was compelling.  The last time I was in the chapel was my senior year when I performed a flute recital. 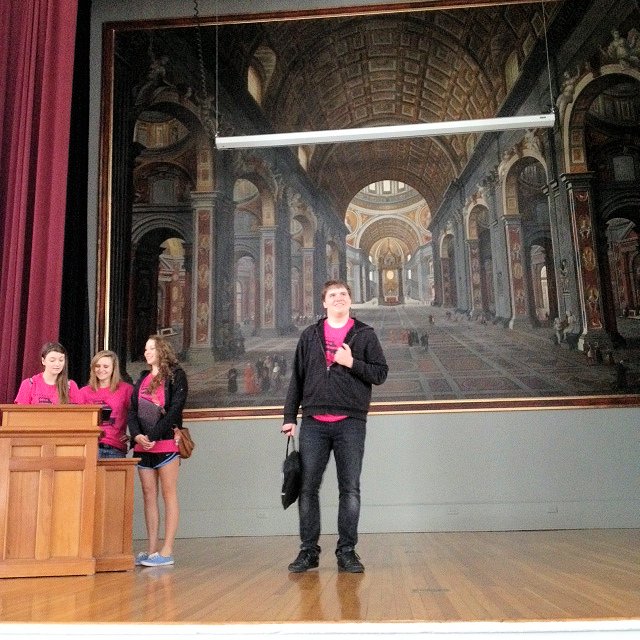 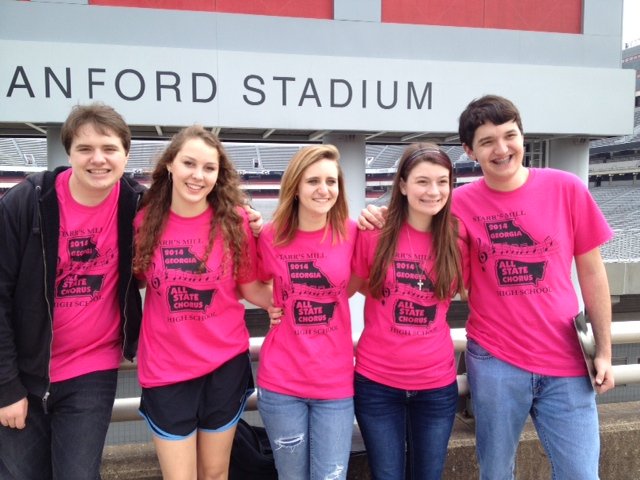 The students practiced for two days and gave a concert on the third.  With over 200 students in each of 4 choruses, practice space was at a premium at the classic center.  Ha Ha!  (Look at the location for Middle Treble Rehearsal.) 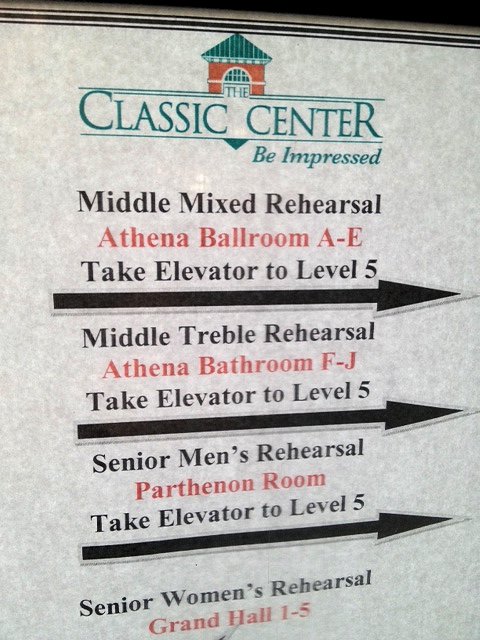 The Classic Center of Athens welcomed the students and provided amazing accommodations.  A statue of Athena greets you at the entrance. 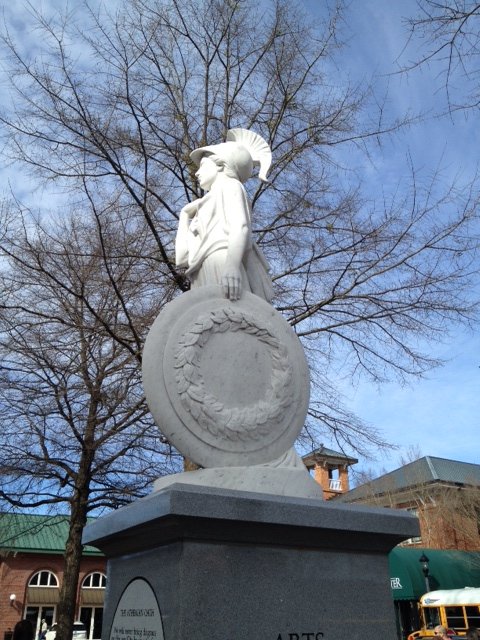 The auditorium seats 2100 people and it was filled to capacity with overflow rooms available to see the concert on big screen televisions. 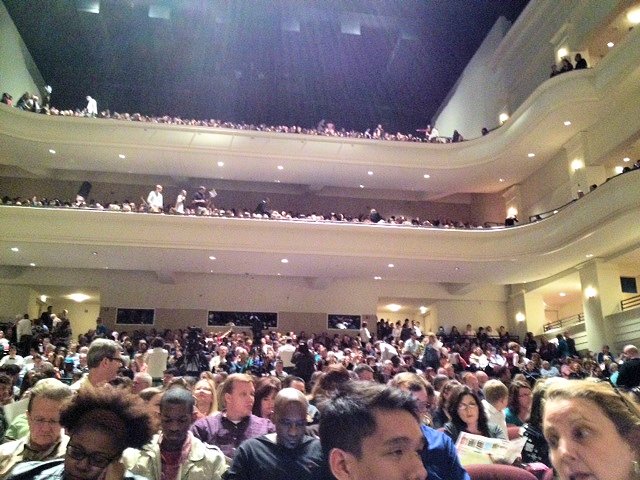 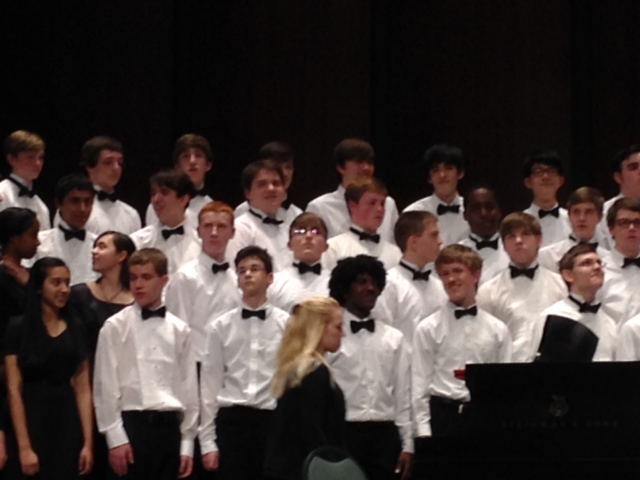 Davis is in the middle and slightly left. 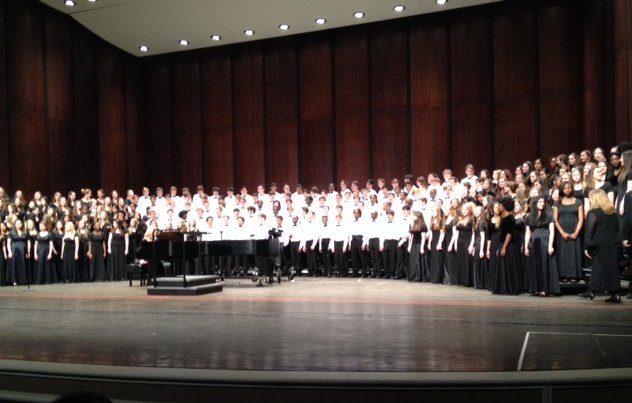 The conductor for Davis’ chorus was Dr. Powell from Auburn University.  Here is a Youtube video of one of the songs. – Sure on this Shining Night.  Here is an audio of Listen to a Jubilant Song.   Here is an audio of To Sit and Dream.  Here was my favorite – Ride On King Jesus.  There was one more song but no one seems to have posted it to Youtube yet.  I guess I will have to wait for my highly overpriced but always purchased cd/dvd of the event.