Who knew that this week would provide such contrasts in the world?  We have been astounded at the world-wide excitement for the new PokemonGo game while at the same time astonished at the evil in the world and the slew of terroristic acts that have taken place.  While my heart is saddened by the deaths of so many innocent people at the hands of mad men, I can also save part of my heart to appreciate that there is some playfulness and joyfulness also to be found.

One joyful event this week was the introduction of PokemonGo.  It has been a worldwide phenomenon.  People all over the world are “catching” Pokemons on their phones.  If you drive through any public place you will see dozens of people laughing and walking in groups as they play the game.  Davis, Olivia, and friends are making funny videos to go along with this craze.  Today’s video involved papier mache heads of Weedles and Caterpies. 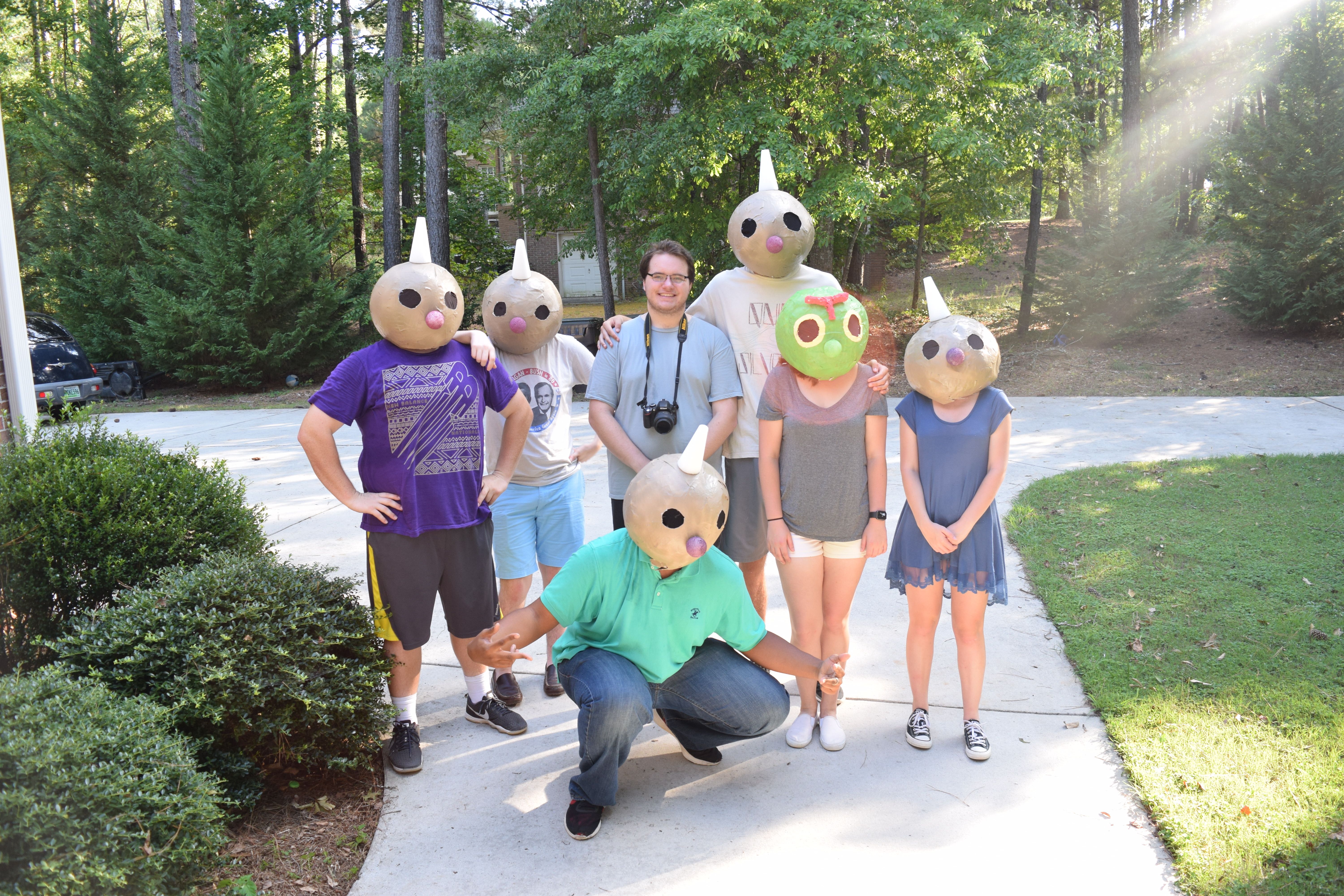 Chupa wanted in on the action, too. Don’t you think that people from the future will look back on this photo and wonder what in the world was going on? 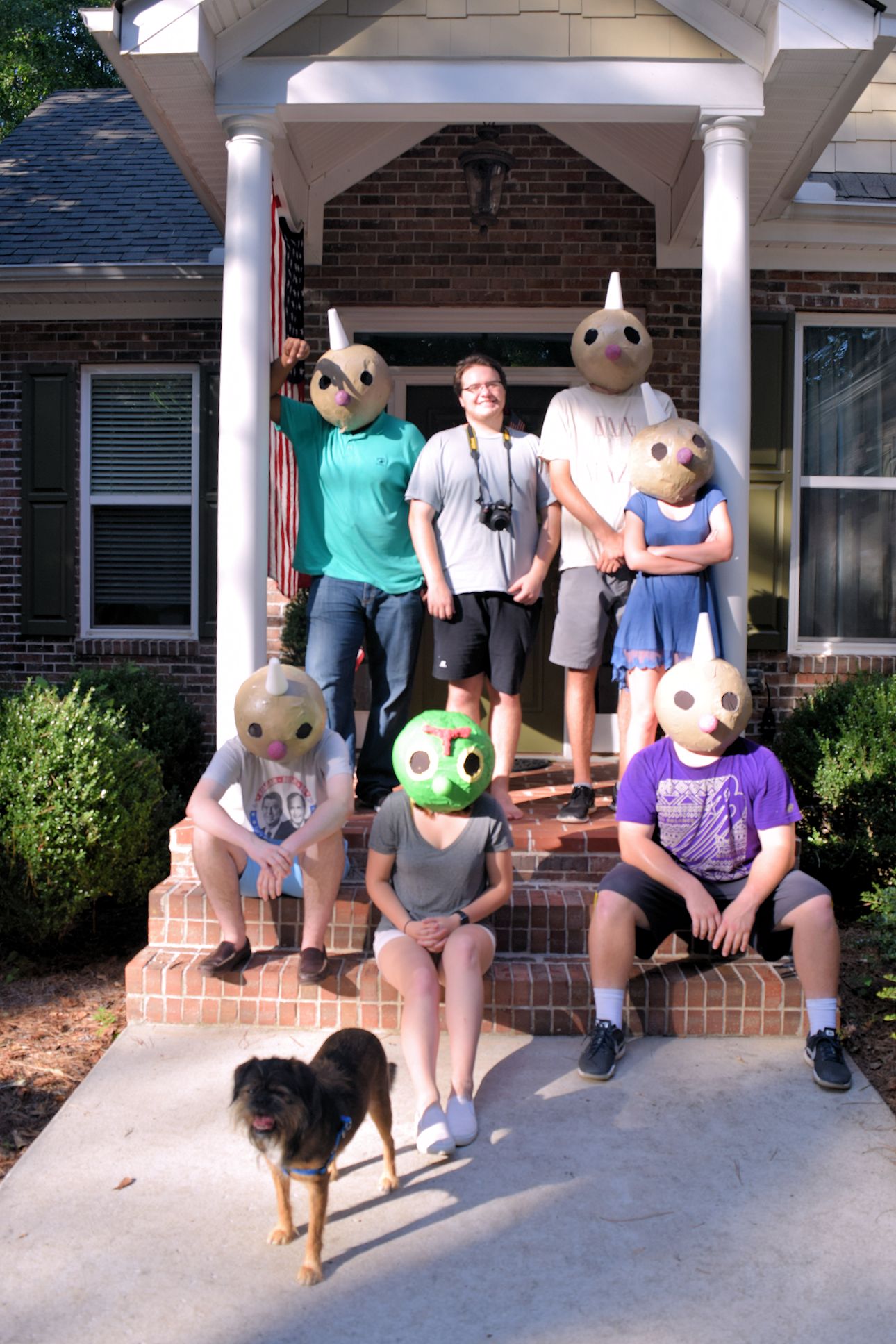 The next fun fad sweeping the country is Battlebots.  This is a TV show on Thursday nights that pits two remote-controlled robots against each other to battle to the death.

After last weeks show, Davis and Olivia had a contest of their own to  see which of their friend teams could make the best cake or cookie Battlebot.  The results were fabulous! 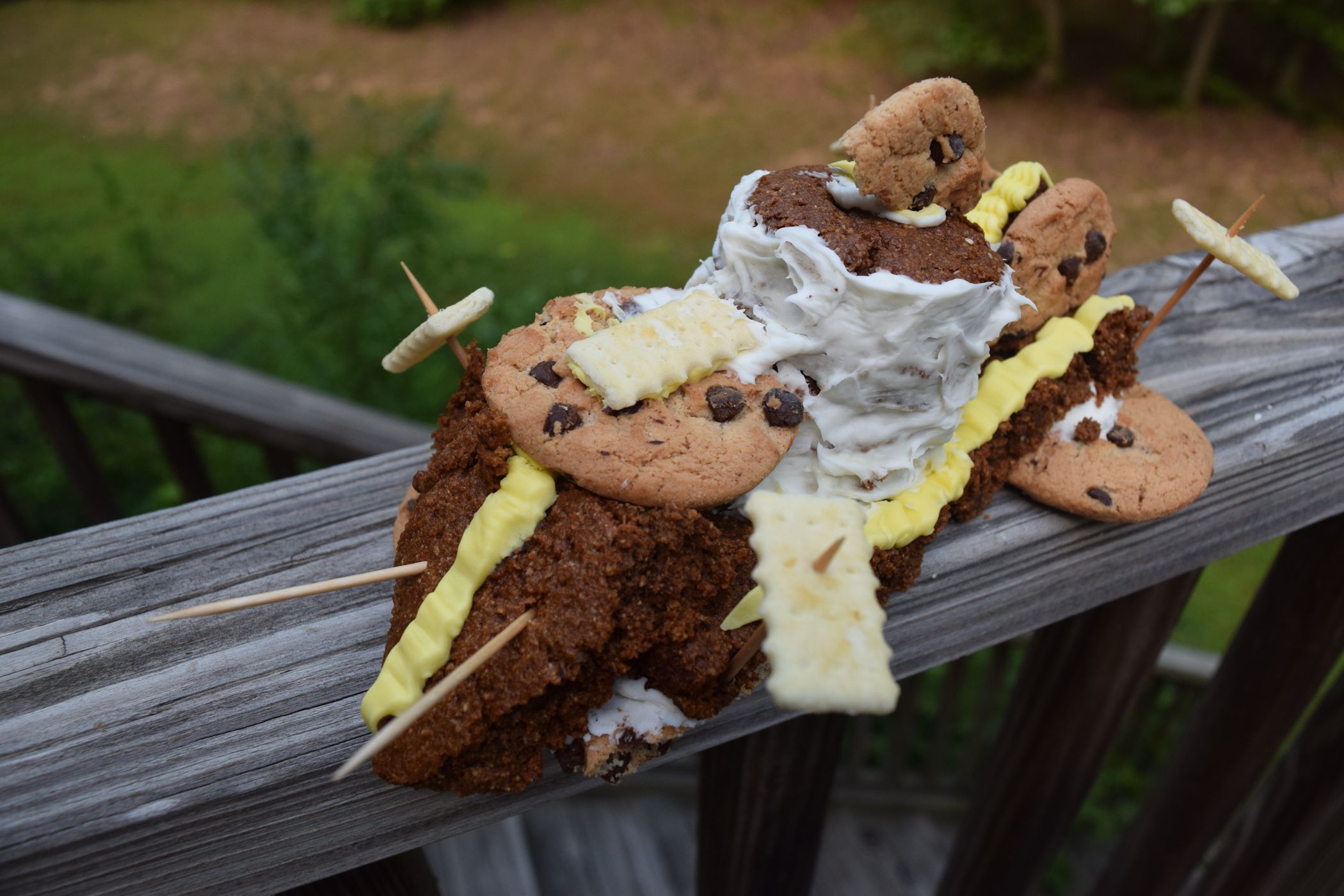 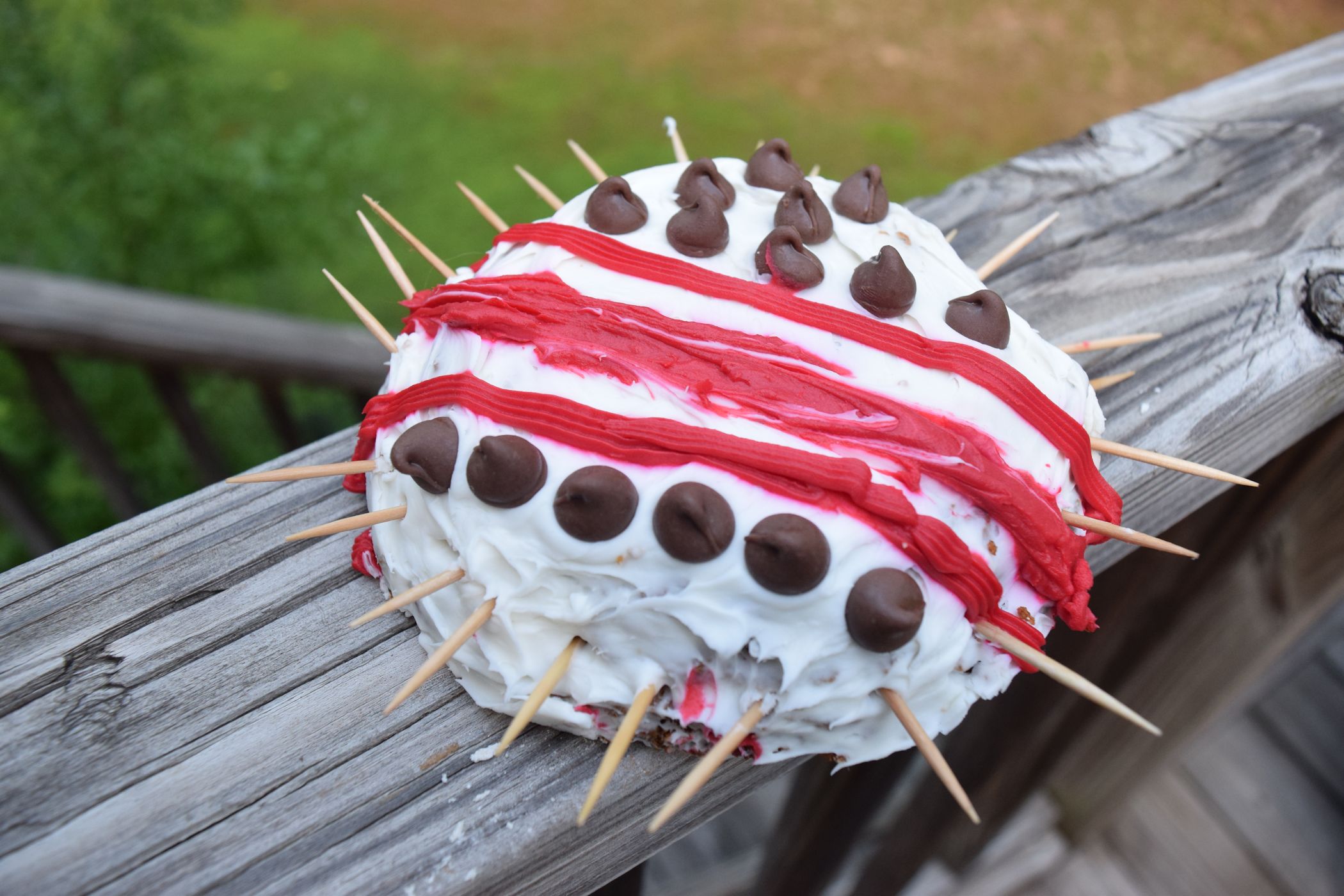 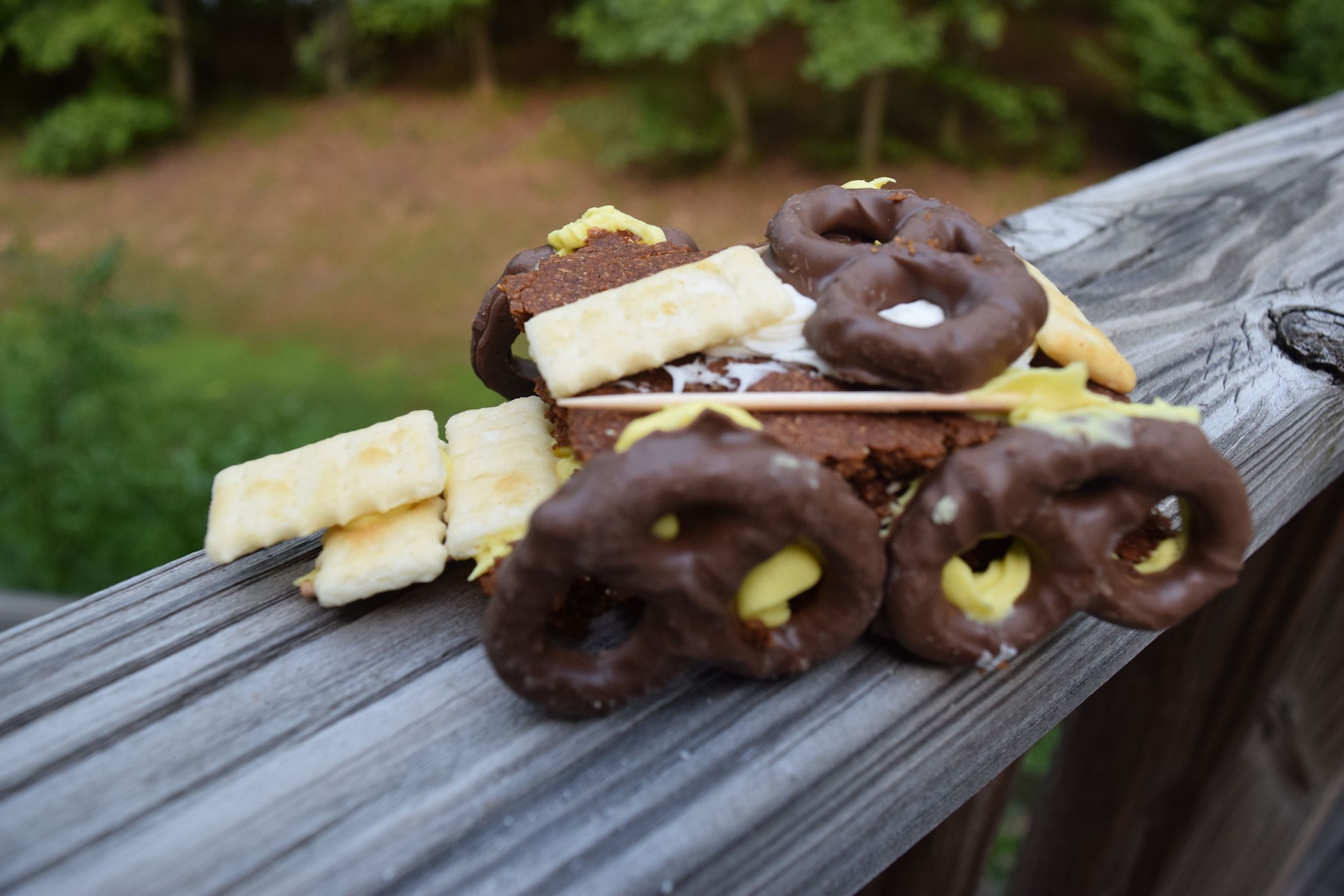 Hope next week is a little calmer in the world.  If not, I may never want to come out of my cartoon and robot filled world. It’s definitely a more innocent and happy place to be right now.

One Response to Battle Bots and Pokemon