Corinthian Column Up Close and Personal

I had another day in Athens so I snapped a few more pictures at lunch.  First I grabbed a southern meal at The Place – chicken, lima beans, cornbread, mac and cheese, and onion rings.  I think they were the onion-rings-of-fire because they were spicy hot. 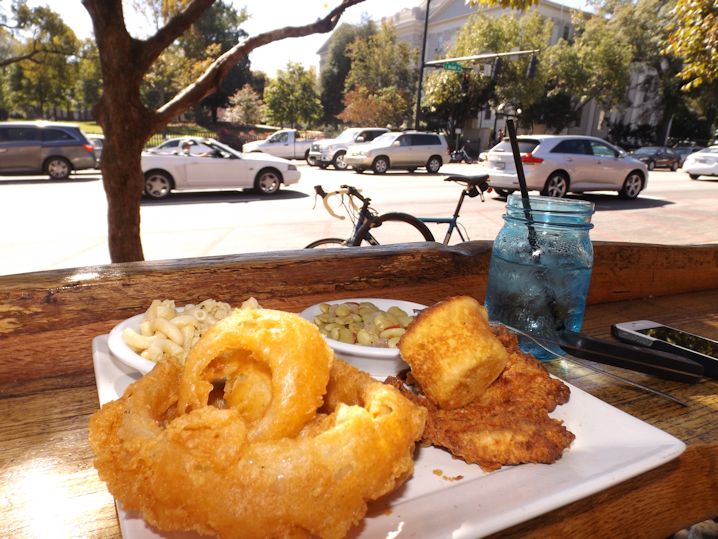 I walked under the arch into the North Campus and passed by the beautiful Corinthian columns I photographed the day before. This time I went up onto the balconies to get a different perspective. 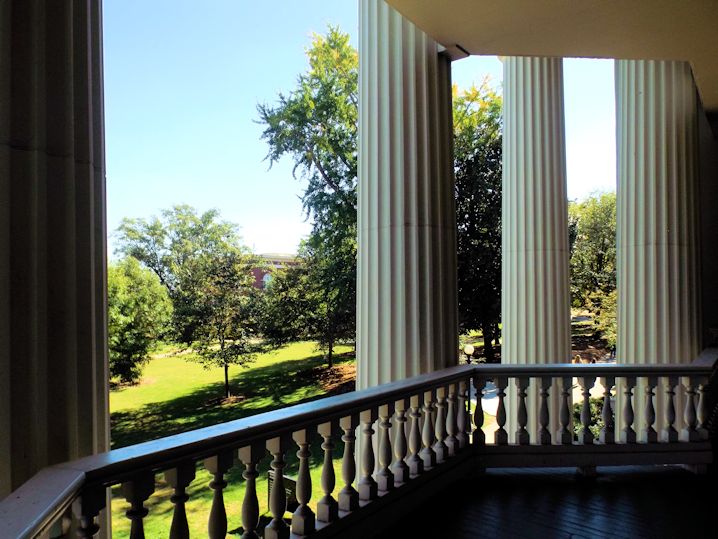 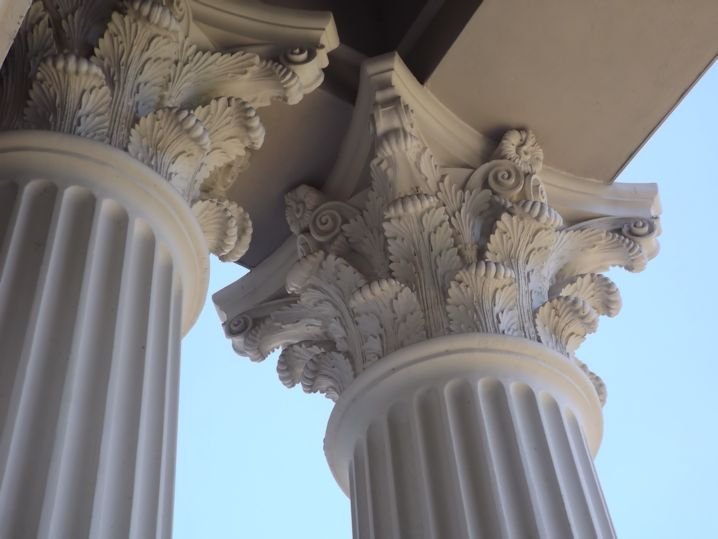 I climbed top the third story balcony to get even closer. 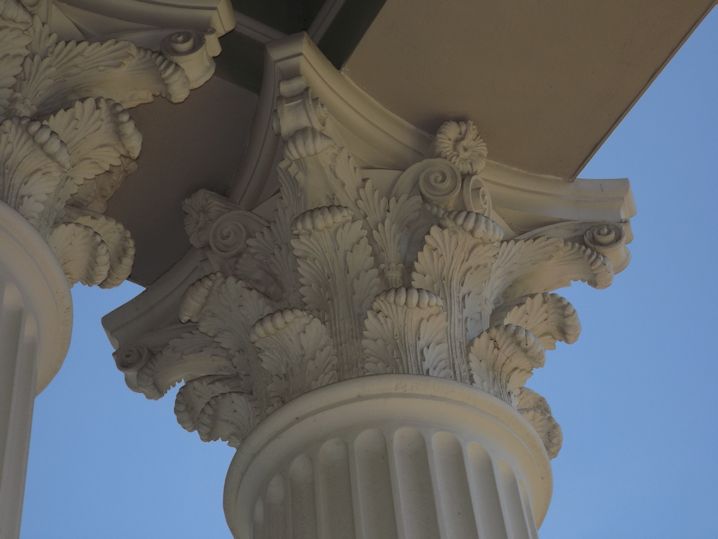 Finally, I was close enough to reach out and touch. 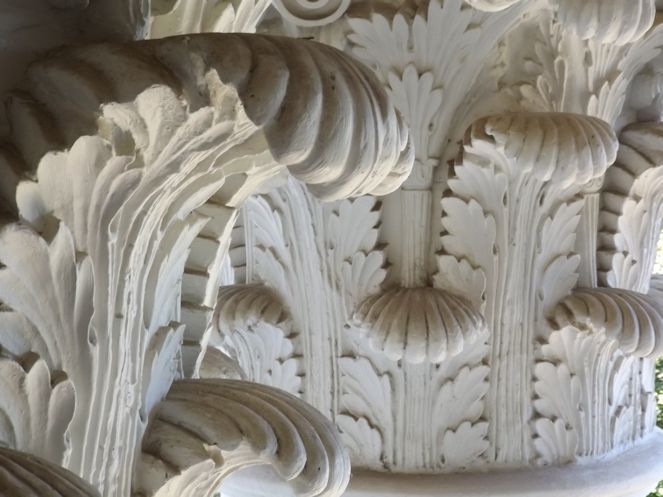 Then I looked over to see something interesting.  There was a very old thermometer about 4 feet tall on the building wall behind a protective case.  On both sides of the thermometer were very old advertising  signs.  One of them said George M. Abney.  I am a descendent of a George Abney. He lived in South Carolina for a while (b.1784 – d.1851.)  Now I want to do a little research to find out if this is the same person. Not sure how to do that but it will be fun to look into it further. 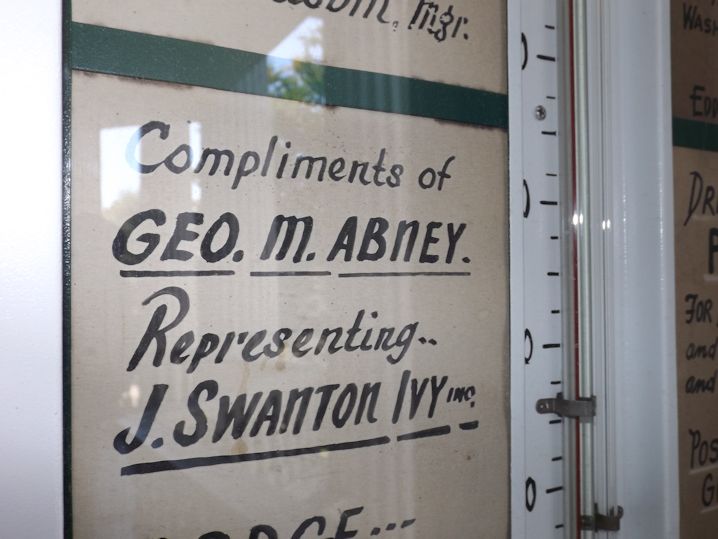 Back down to the ground, I walked behind the chapel and took a photo of the chapel bell.  It was originally used to call students to class but now is used to celebrate special occasions such winning football games.  The bell is located across from the original football field. 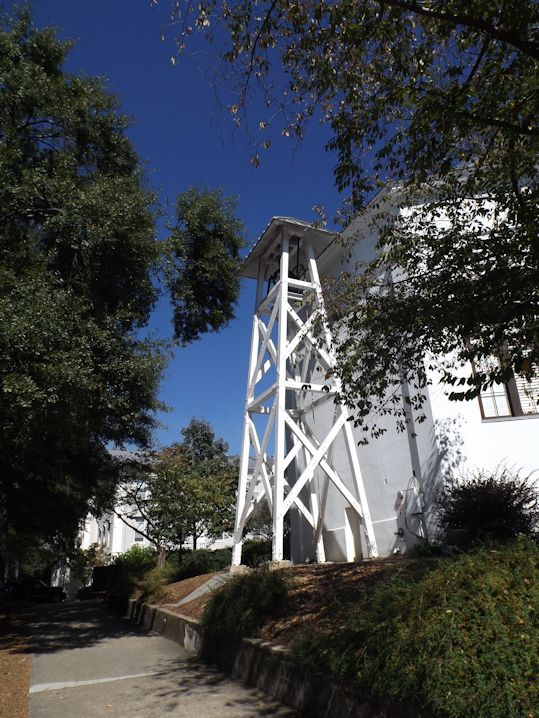 This is the original field location. 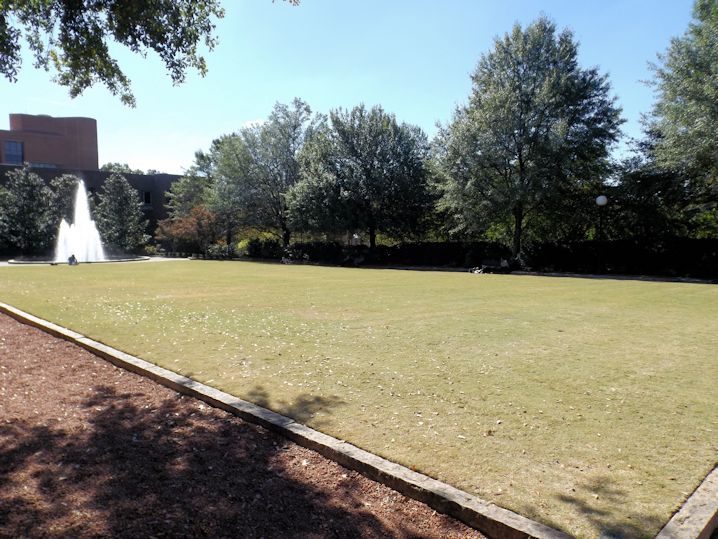 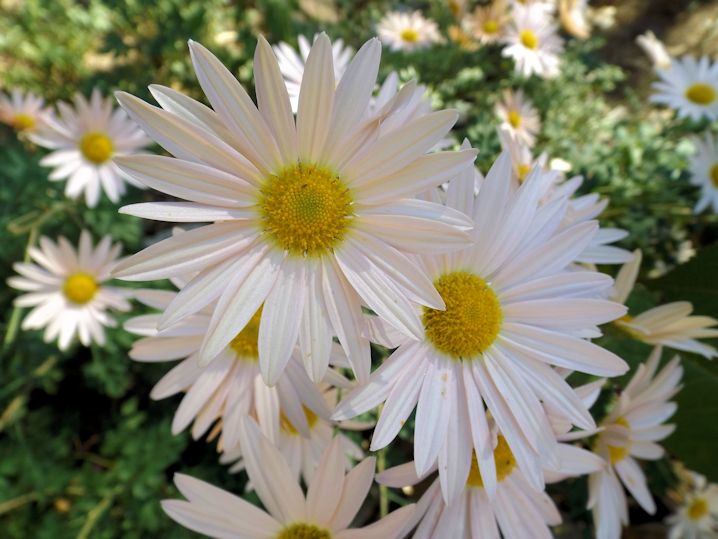 I next found myself in front of the location of my first class.  This is Peabody Hall and my first class was with Professor Leonard.  His name was L.L. Leonard and he announced the first day of class that he couldn’t pronounce L’s.  And he couldn’t. 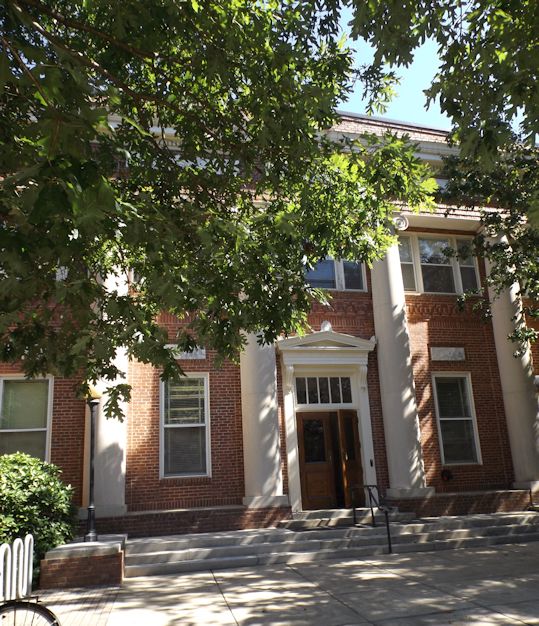 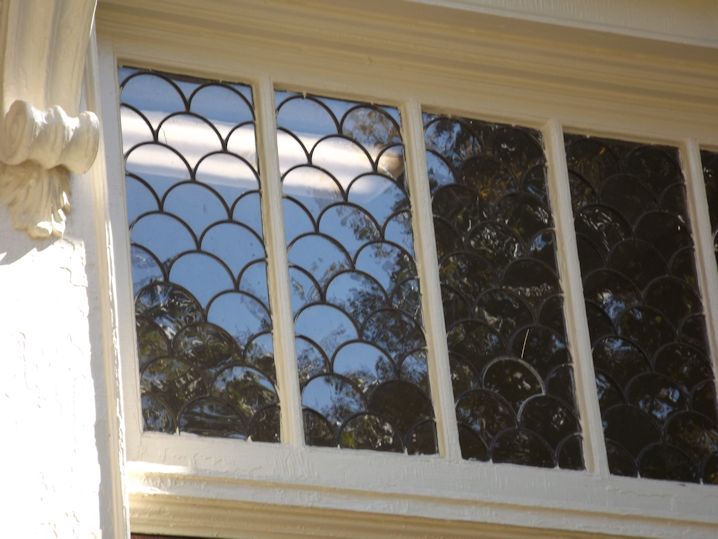 A favorite building of mine is guarded by these light posts. I never had a class here but I had ones on either side (Peabody and Terrell). 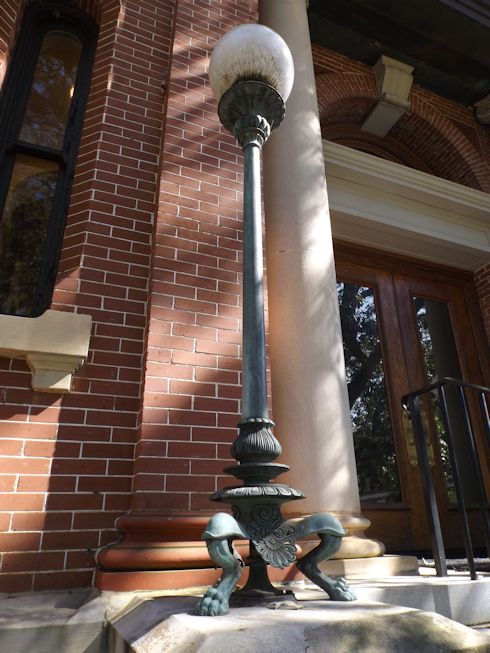 Aren’t these a little creepy? 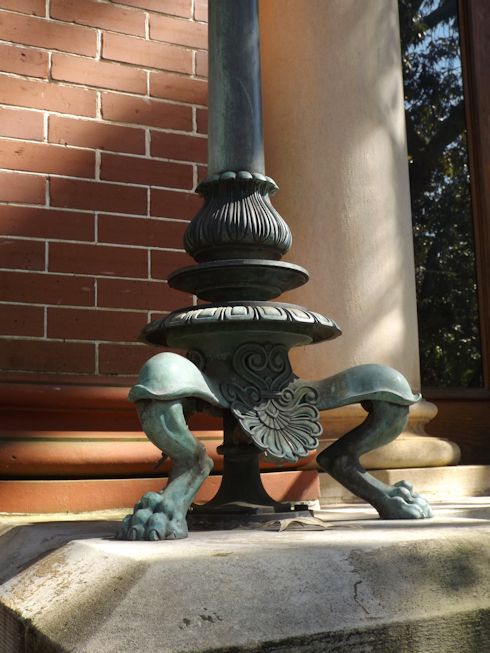 Next up is the location of my dreaded accounting class at Terrell Hall.

NOT my favorite. I would probably like it better now.  I think I would have a better grasp of accounting principles. At the time, not so much. 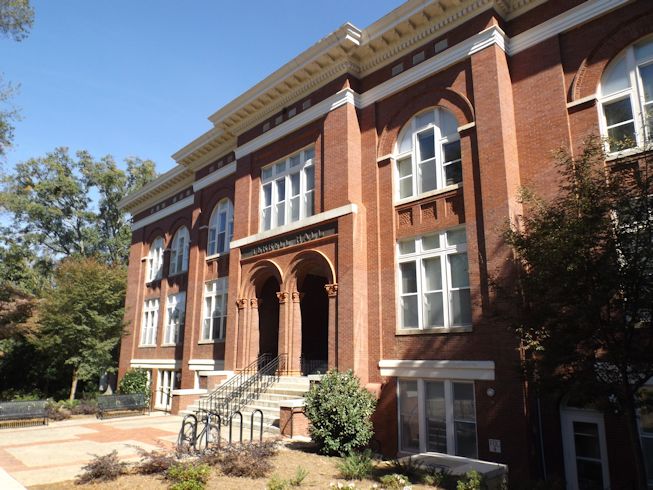 Wish I knew how to read a sundial. It wasn’t part of the curriculum.  Maybe that’s another research topic after my George Abney connection. 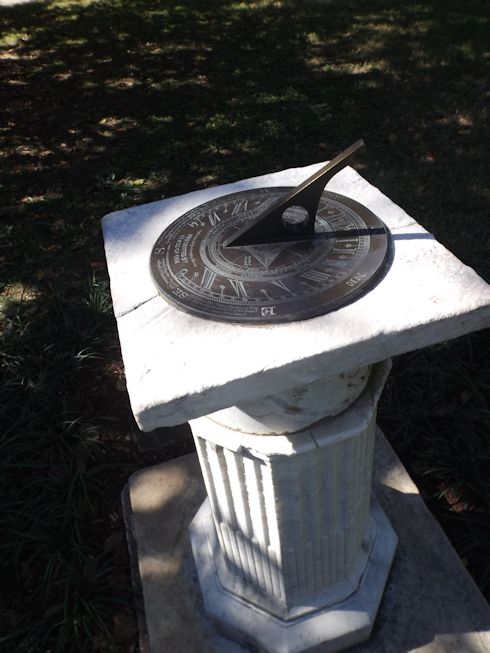 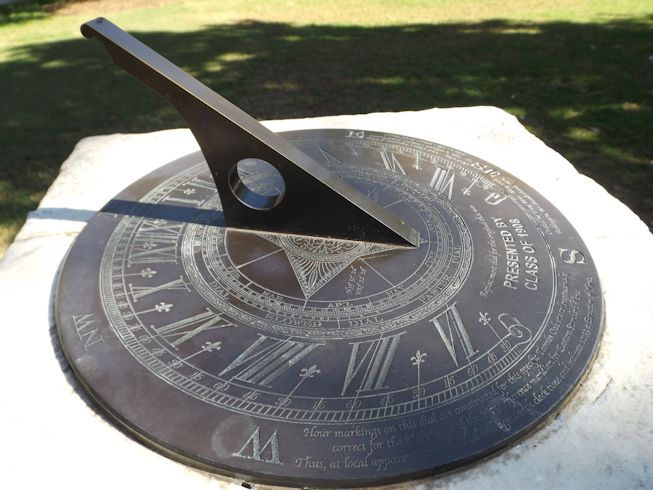 After Athens I’m heading out next to another iconic college landmark. I’ll put the photo on tomorrow.

The Classic City
The Old Mill

One Response to Corinthian Column Up Close and Personal