Davis was a big winner last night at the Fayette Youth Film Festival.  He entered a short film called, “The Girl” and walked away with two major awards. 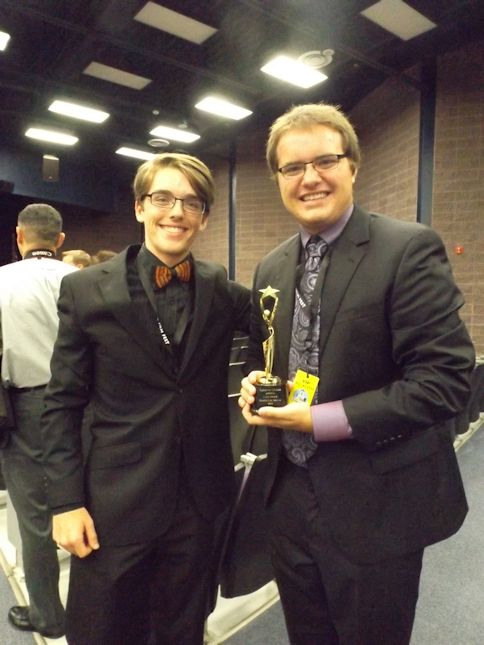 His film was about a teen (Evan shown above) trying to get a date with is dream girl.  It was funny and sweet and the audience loved it.   Below is a poster showing his entry among the finalists. 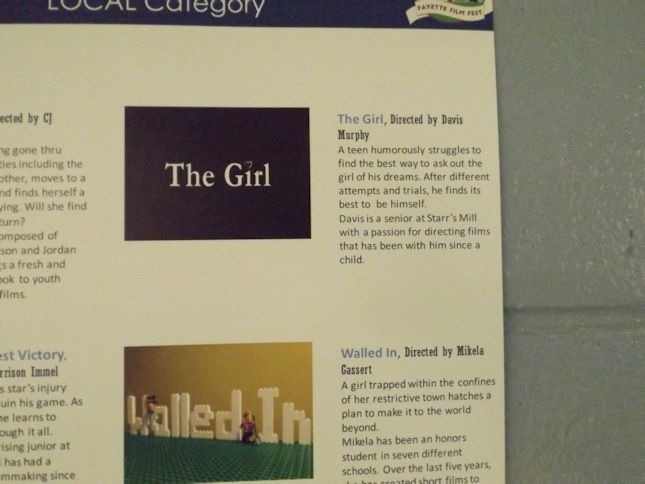 There were over 200 entries from 45 countries.  Davis was thrilled to be a finalist and even more thrilled to get two awards of the 10  given for the night.

The evening started with a walk on the red carpet. Davis is shown with his star of the movie, Evan, and his good friend Alex.  The three of them are part of a close-knit group of friends that Davis hangs with.  Alex swiped some marigolds from his walkway to present to Davis.  I’m pretty sure that concept was cracking them up at this point. 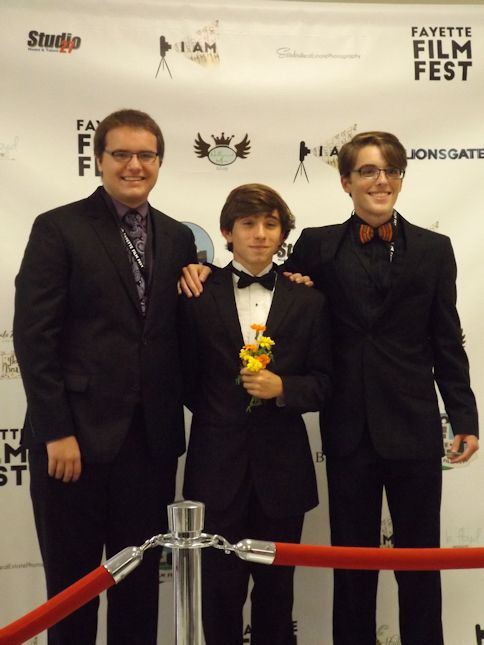 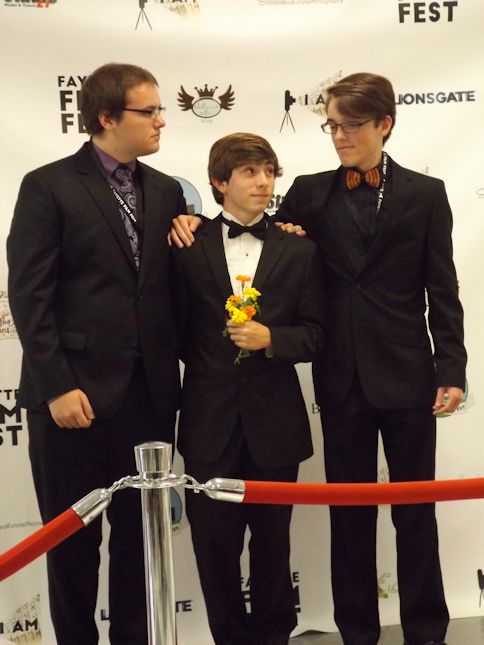 Davis also took a picture with his girlfriend Allie. 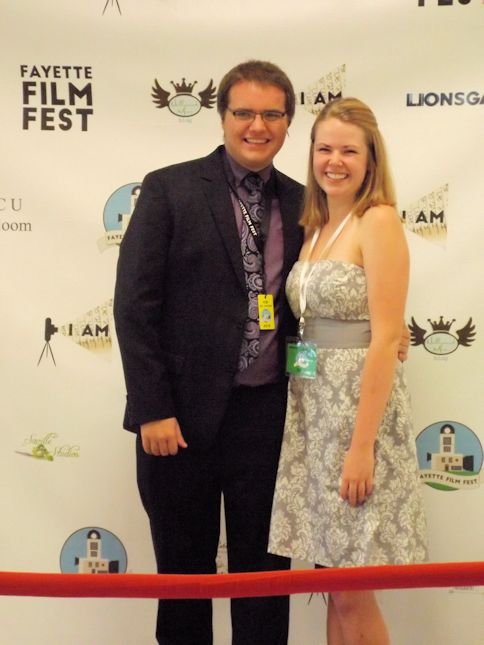 The crowd at the auditorium was supportive and excited to be a part of the event.  The film festival started to honor the memory of a teen who died in a car accident.  A car brake released and caused her death.  She was a vibrant girl with a conviction to serve others and the people who knew her best wanted to honor the positive image she always portrayed. 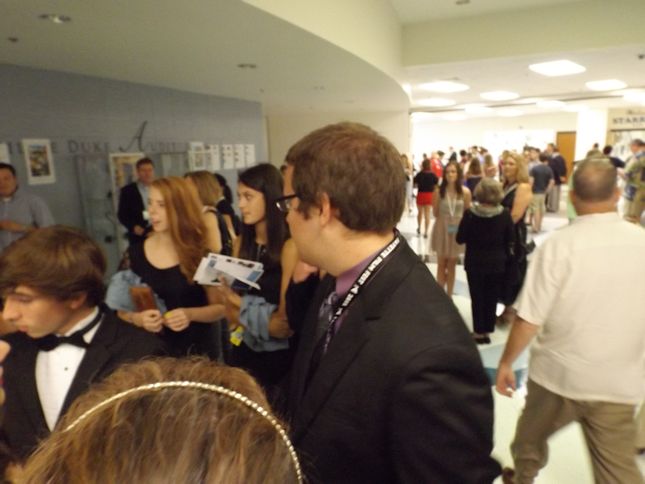 To kick off the awards ceremony, we were treated to a panel discussion by successful filmmakers.  Left to right is Ken Feinberg known for Buffy the Vampire Slayer and Star Trek; stuntman Bob Fisher known for hundreds of stunts in movies including Anchorman and Mocking Jay; Susan Reid is Executive Vice President of Atlanta Models and Talent.; Mark Fincannon owns a casting company that cast The Blindside, Nashville, and many others; Jolly Dale is the producer of The Walking Dead; and Kevin Bar is a producer from Pinewood Studios. 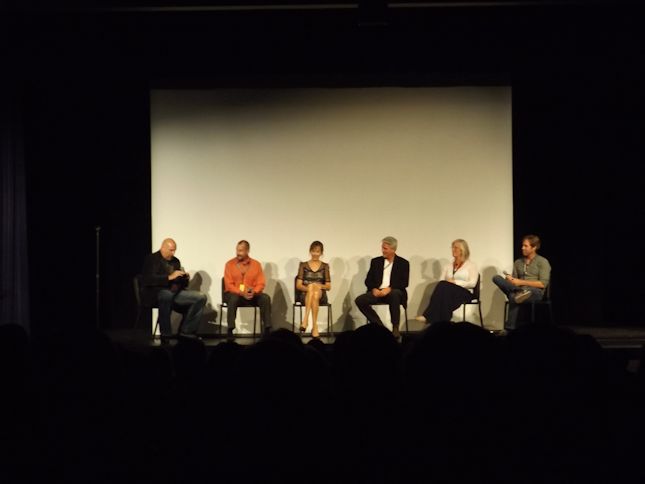 Closer up with my pitiful camera. 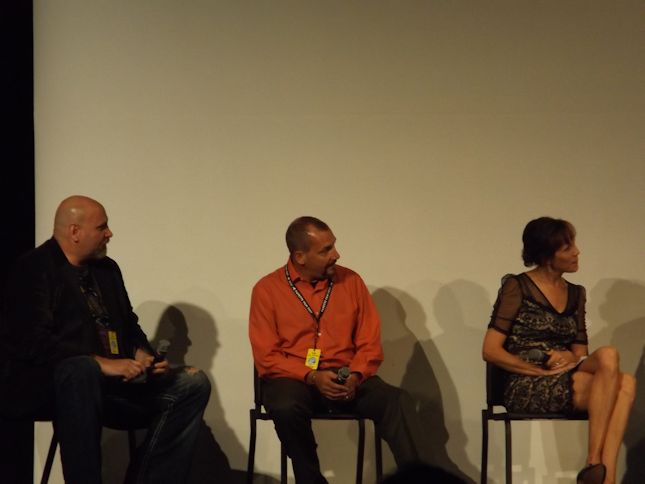 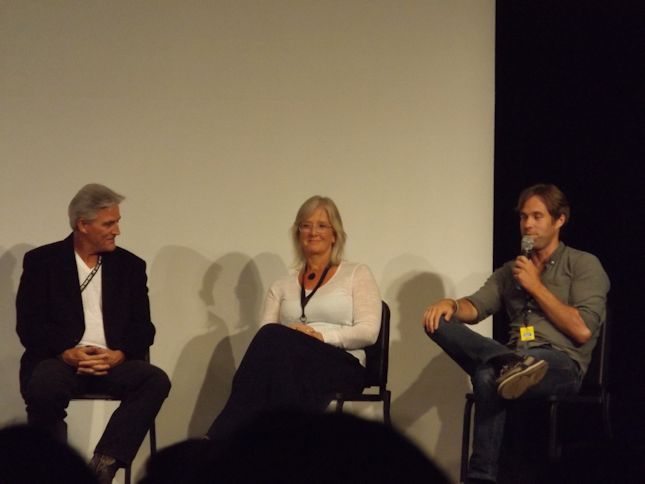 Each of the finalist’s films was shown and then the awards were announced for the different categories.  Davis was entered in the “Local” category since he is from Fayette. 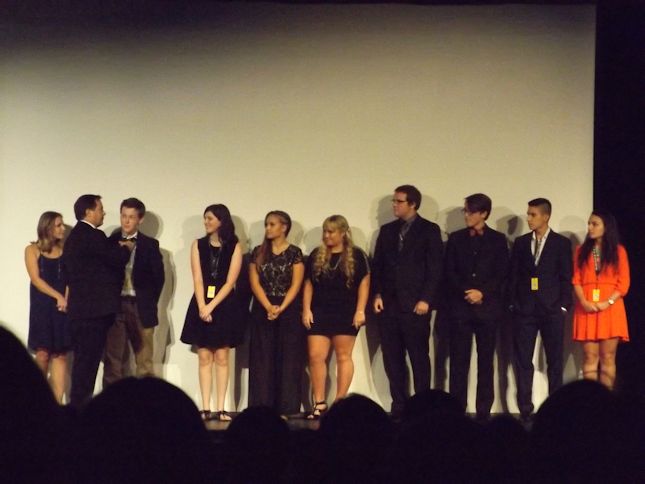 Davis won the Audience Choice Award and the Studio 27 Award.  Here is the smile you get when you hear your name!!!! 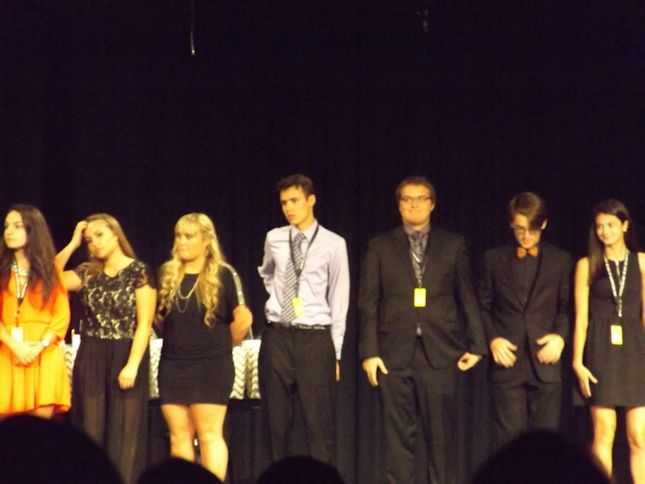 He received a trophy, a cash award, and many other goodies in his “swag bag.” 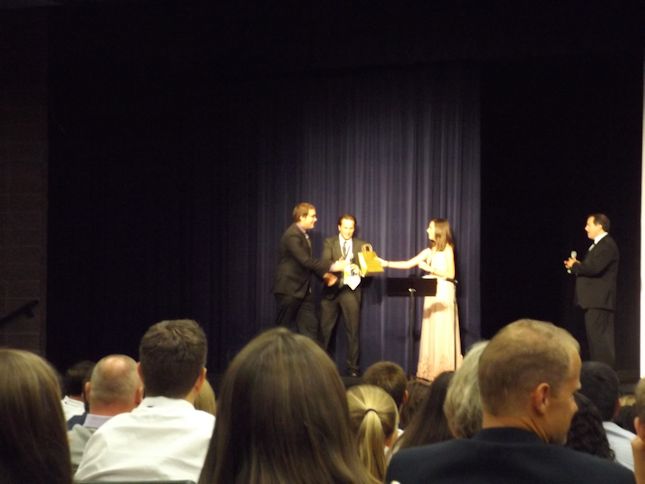 Last, I will leave you with a still from his movie.  I’ll try to get a link so you can watch it now that it has shown at the festival.  I would get the link now, but Davis is still asleep this morning after his fun evening that spilled into the late night. 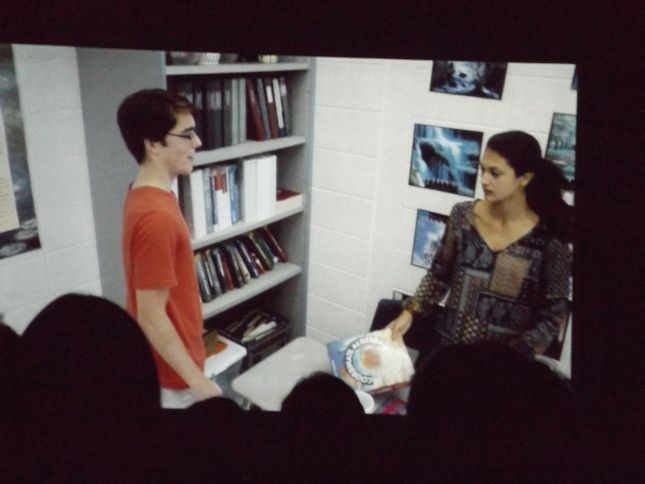 ***The child is now awake and the link is here.  The requirements for the short films were that they had to be G-rated and the topic had to be something uplifting about redefining what it means to be a positive example in the world.  It could also be about what it means to be “like a girl” or to “man up.”   Davis chose to portray a humorous G-rated look at the stresses of the teen dating scene.