Published on December 24, 2015 | in Appetizers, Events and Travel By Julie | 0 Comments 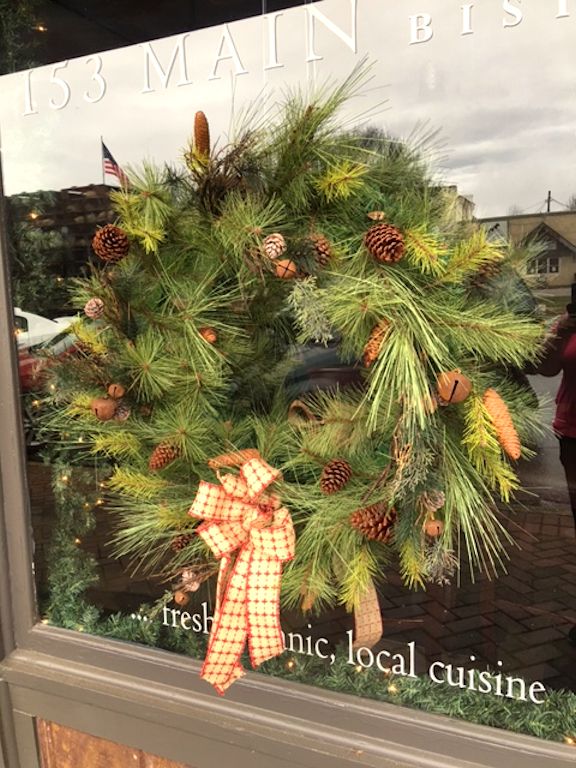 We started at the Country Garden Shoppe.  There were so many great things in one little store. 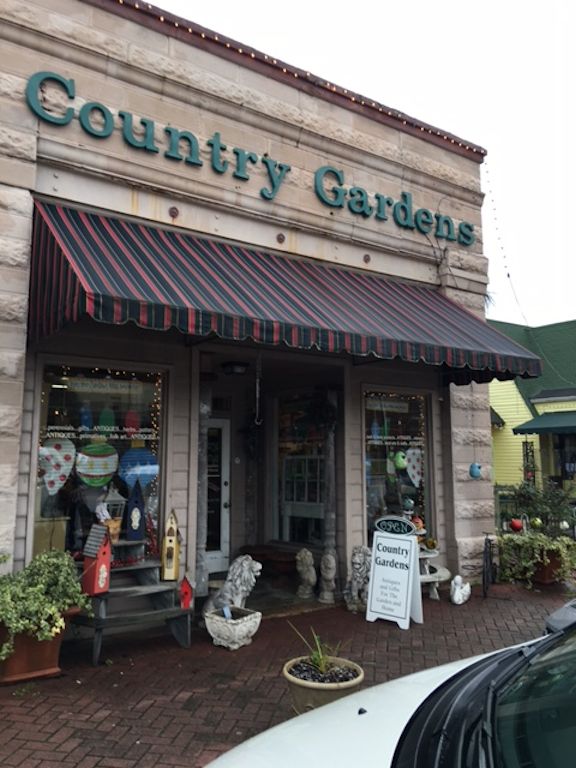 The prices were good and the selection was interesting. 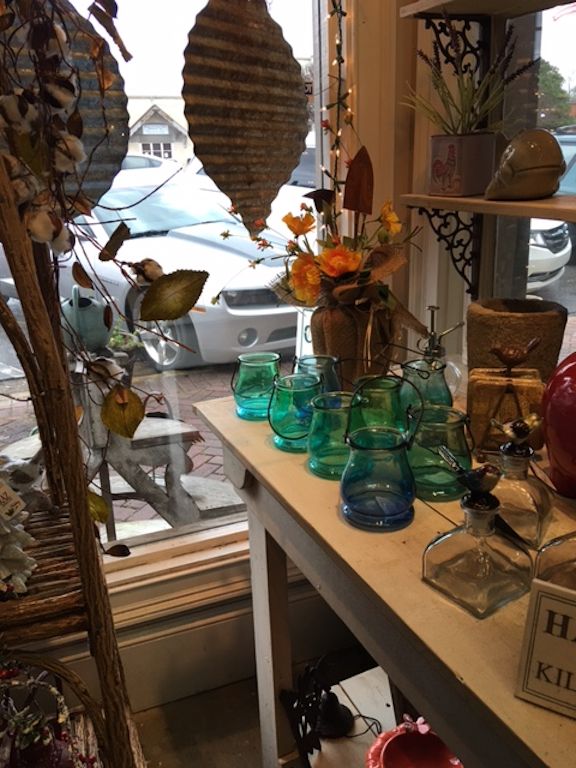 We headed the other way down the street to a store called Chanticleer.  That is also the name of Davis’ choral group at school.  It means “an orchestra of voices.”  It also means a rooster.  Not really sure how crowing and singing share the same name but they do. 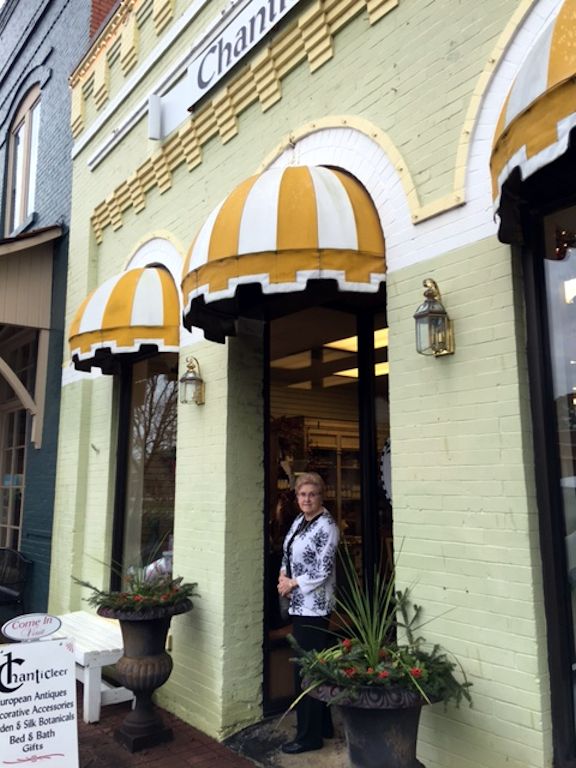 Inside was this prissy little pup.  Very sweet and gentle. Chupa would be running around barking and lunging at everyone.  He would not be a good salesdog. 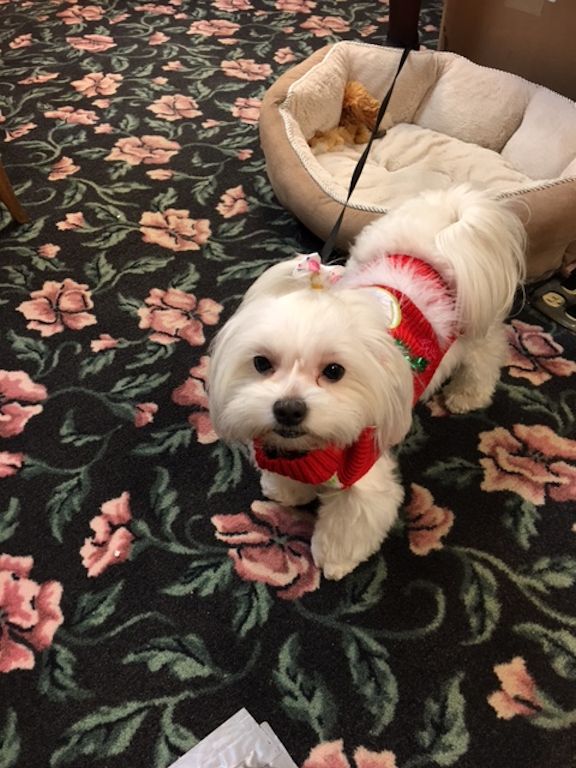 Heading on down the street we encountered the kitchen shop. 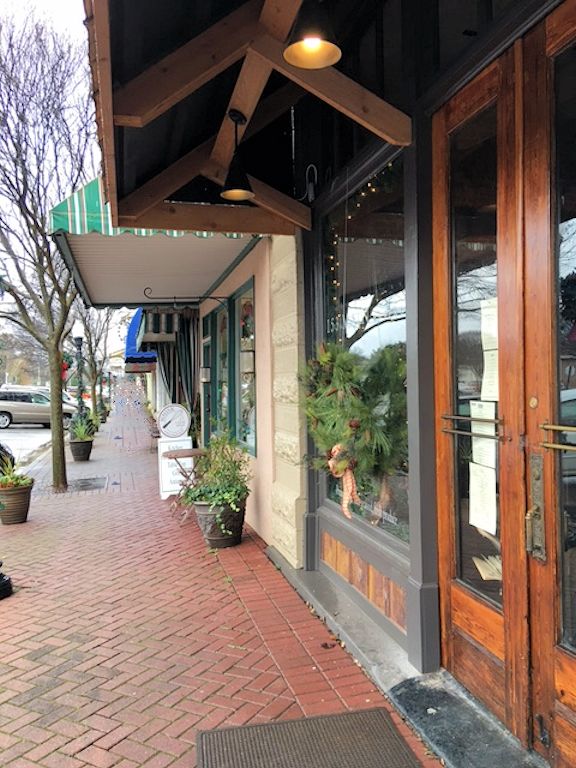 The inside smelled delicious and there were samples to try. 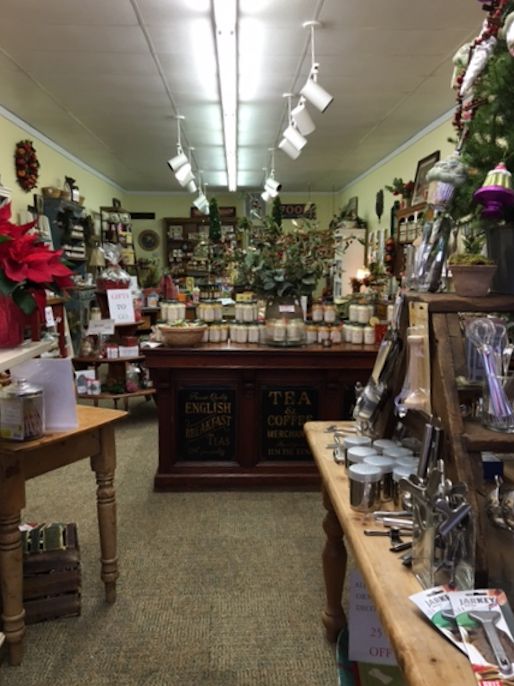 I  bought a new gadget.  Big surprise, I know.   It’s a cracker cutter. I had never seen one before and you know I can’t resist a good kitchen gadget so it was mine in a flash.  I came home to make some practice crackers.  We do a cheese tray for family gatherings so I think it would be even more tasty to have homemade crackers with the cheese. 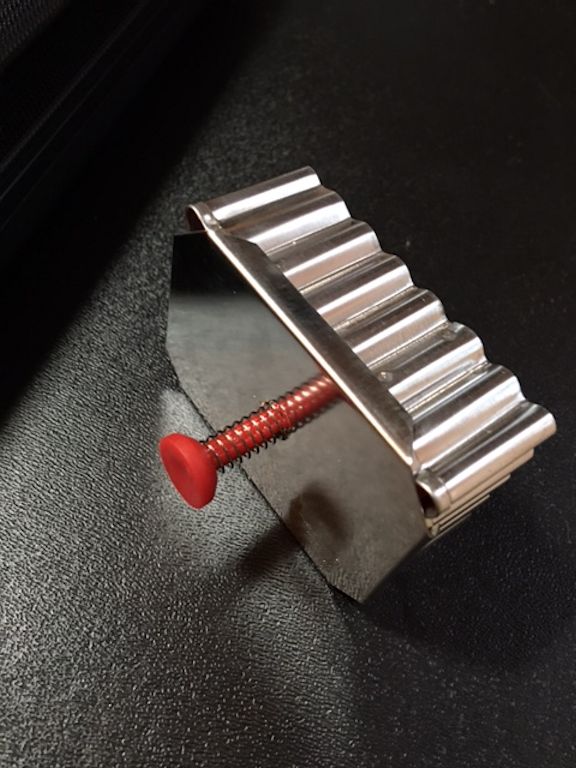 Here is the basic recipe I tried when I got home. It is super easy and very tasty.  You can season it with your favorite herbs or seeds.  I chose dill for my practice crackers.  Next I want to try Italian seasoning or a seed cracker with poppy seeds, sesame seeds, and flax seeds.

Preheat oven to 450 degrees. Mix together the flour, baking powder, salt, and herbs. Make a well in the center and add the water and oil.  Stir until blended with a fork.  Place dough on a lightly floured board and knead a few times.  Divide the dough into 6 pieces.  Roll very thin. Use a cracker cutter to make cracker shapes or bake in one long piece to make crispy flatbread.  Brush with additional oil, additional herbs, and flaked salt. Place crackers on parchment paper and bake in a 450 degree oven for 5-6 minutes or until golden brown.  Store in an airtight container.

You have to roll the crackers VERY thin otherwise it is a little bread square instead of a cracker. Keep rolling. 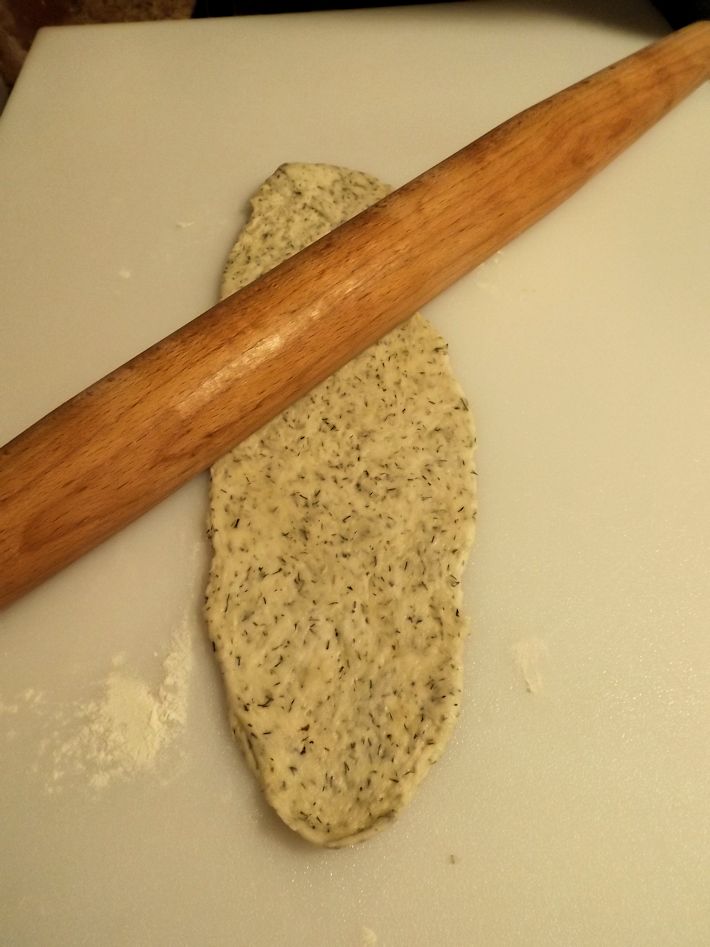 I used the cutter on some and left some in long sheets. 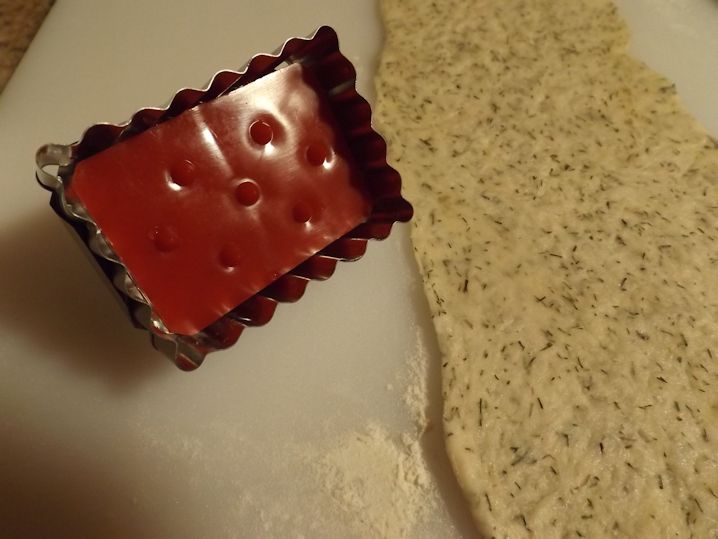 My salt flakes came from The Fresh Market.  They have an intense salty flavor as compared to some salts such as the Himalayan pink salts. 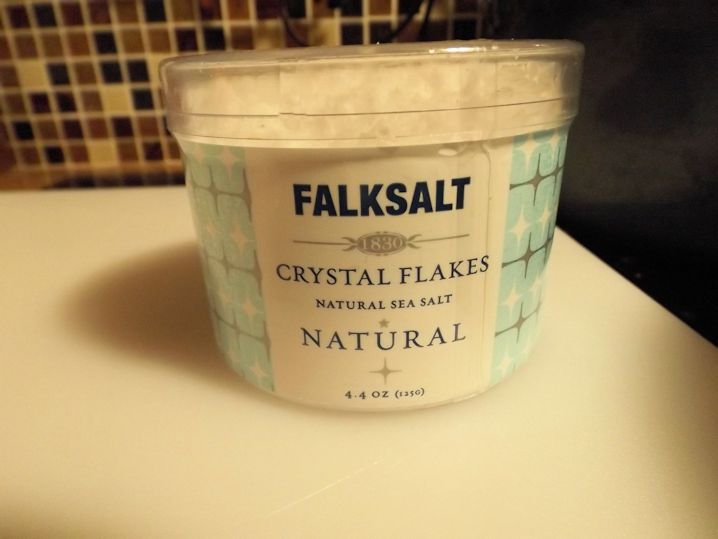 Success!  I made some egg salad to eat with my practice crackers.  I’ll be so bold to say that they tasted like pro crackers instead of practice crackers.  This is an EASY recipe that looks like it is a lot harder than it is to make.. The dill with the egg salad was a good pair.  I keep my egg salad pretty simple with mayo, yellow mustard, salt, and pepper.  I know some people add pickle relish or capers or sour cream and even hot sauce.  All good choices for additions in my opinion.

I think the red paprika on top looked pretty festive with the green dill crackers.. 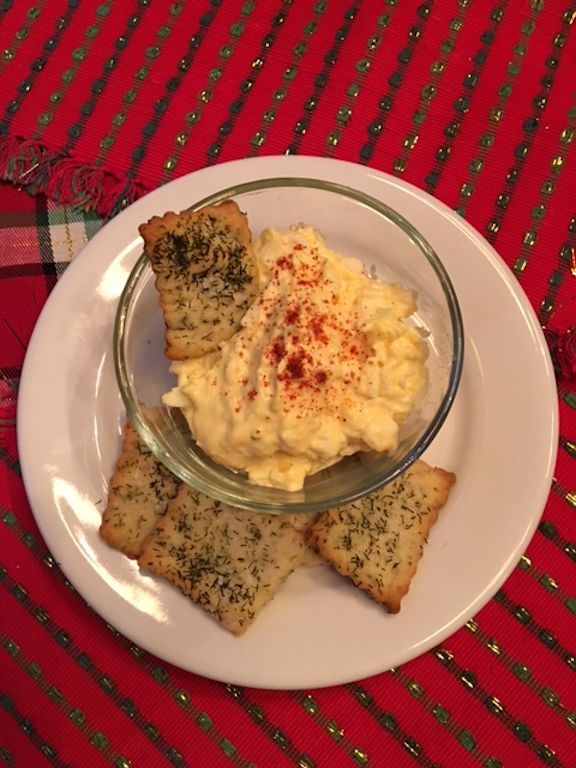 I kept some crackers in long sheets, too.  I added sesame seeds to one, extra dill to another and left the third original.  Tonight we’ve decided to make another round using Italian seasoning instead of dill for some Christmas Eve flatbread pizzas.  Looking forward to it. 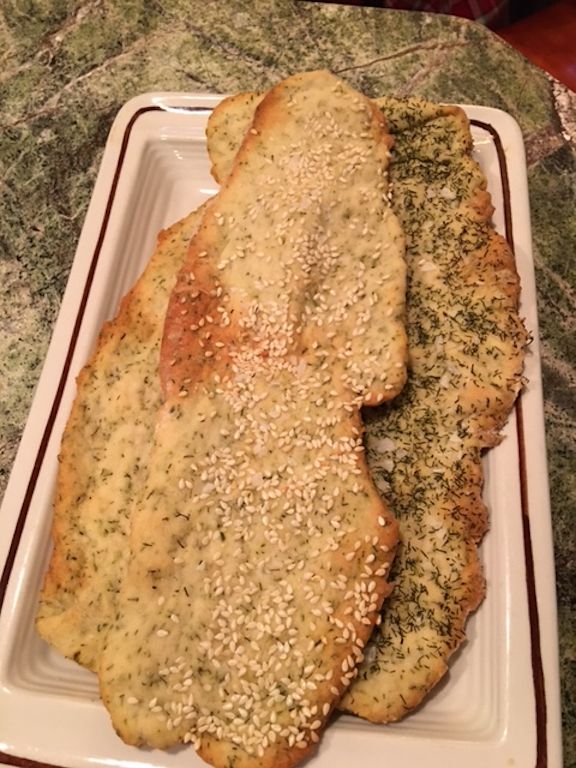 I’m off to the grocery store for some last minute items and then I will bake and cook for tomorrow until our Christmas eve church service.  Then, it’s game time if I can find the game I bought for tonight!!!!  It is well-hidden and I have looked everywhere!! That’s what happens when you buy stuff too far ahead of time. At least that’s what happens to me anyway.   We might be playing Parcheesi instead.