Are you a fan of The Walking Dead on AMC?  It is the most watched cable show in television history according to my reliable source…Wikipedia!  and we know they are always correct!  It is a seriously popular show and people come from all over the United states to see the locations for the show. 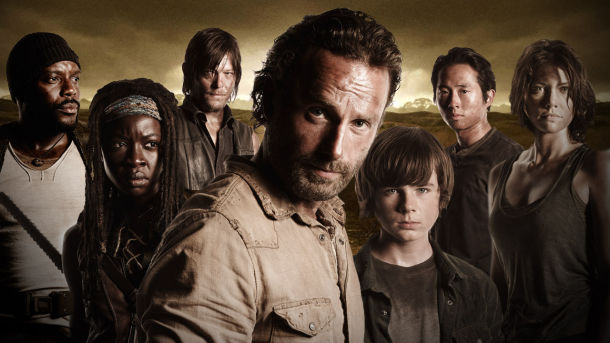 I happen to live with in a few miles of the locations of the show and when Nancy and Dorothy came for a visit we did a driving tour of some of the local sites from The Walking Dead.

We started the tour in Senoia which is the principal shooting locale.  It also houses Raleigh studio where filming takes place.  We ate dinner in Senoia at the Southern Ground Social Club which is a restaurant owned by Zac Brown, a country singer and local resident. 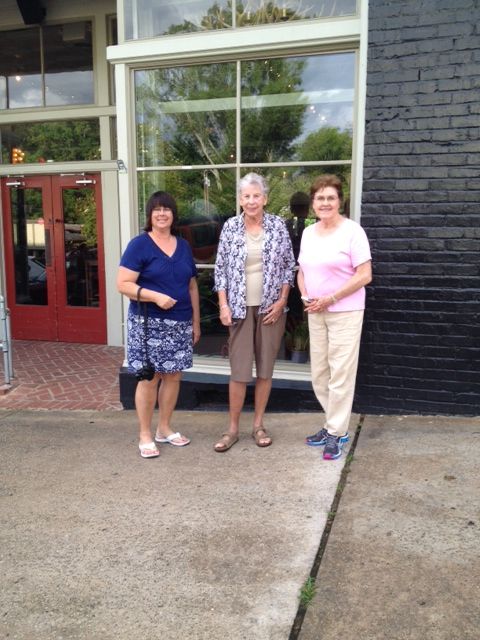 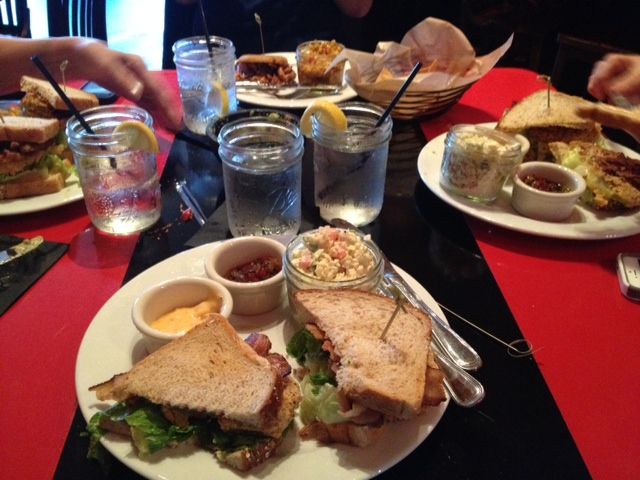 Live music started at 8:00.  We were a little too early for that. 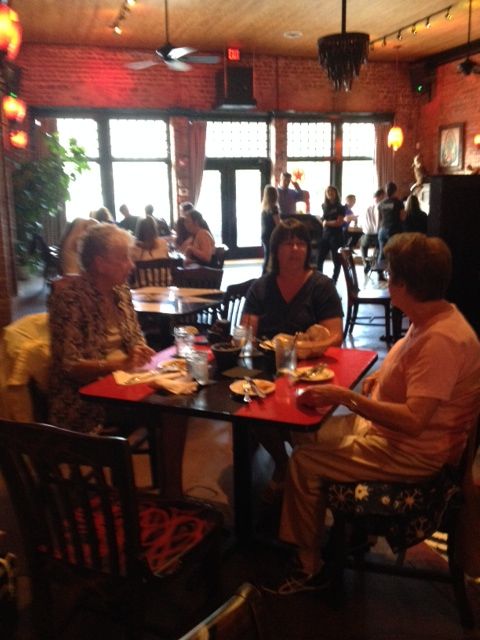 These flowers bloomed from square stems that looked like wheat.  None of knew the name of it.  Anyone else know?? 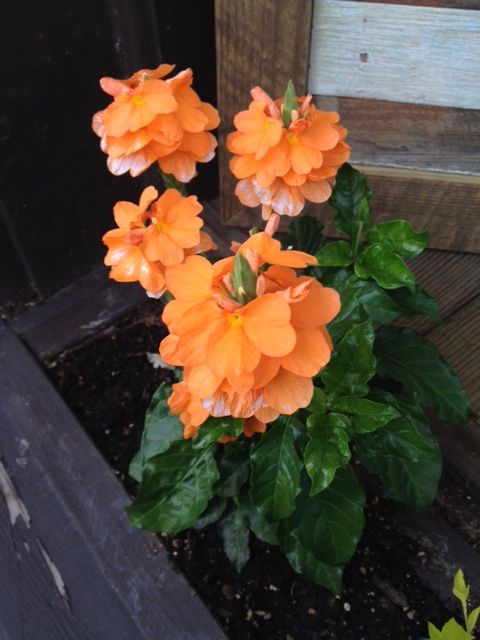 Nancy got a jump start on the tour the next morning because I had to work, but I will add my photos to the trip.  I don’t have Senoia (pronounced “Sen oy”) photos but I can add them at a later date for those interested.

I do have photos from Griffin and Grantville.  Nancy also went to Newnan.  There are many, many maps of locations for The Walking Dead.  I would link a few here but it would be easier just to Google it -” Walking Dead Location Map.”   There are several great sites that link the location to the episode.  I have not seen all the episodes so maybe Nancy or someone else can chime in and tell us what we are looking at from a Walking Dead point of view.

On the way out of Senoia and on the route to Griffin we passed a local  landmark.  It is Starr’s Mill.  This was used in the movie Sweet Home Alabama. The current mill was built  in 1907 by William T. Glower.  The original mill was built around 1821 by Hananiah Gilcoat when Creek and Cherokee Indians were still living in the area. 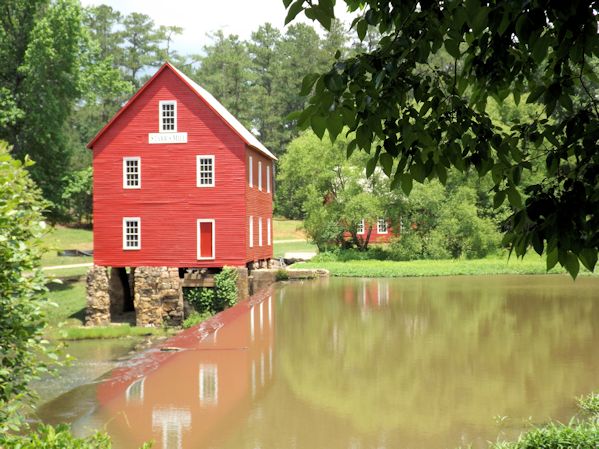 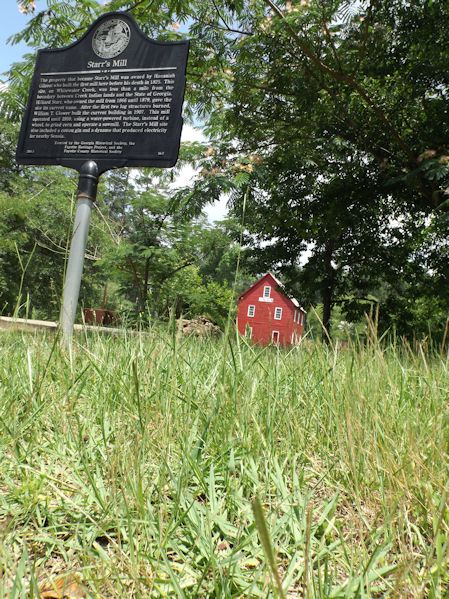 Next stop, was Griffin.  This is now a tannery but the location was used in the show. 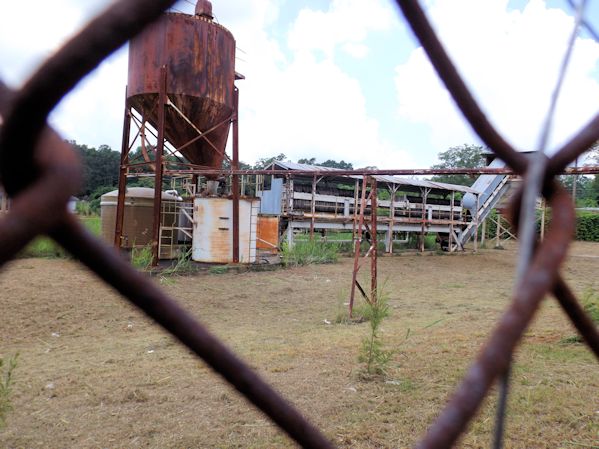 We took some personal sightseeing photos that weren’t in the show.  This antebellum house in Griffin is in perfect condition and we couldn’t resist a picture of this dream home. 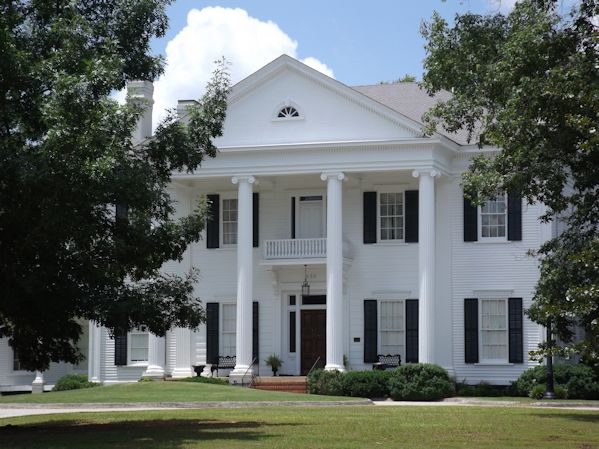 Next, on to Grantville.  It’s a bit of a ghost town now but we did meet a couple from Indiana who were making a detour through Grantville on their own Walking Dead Tour. 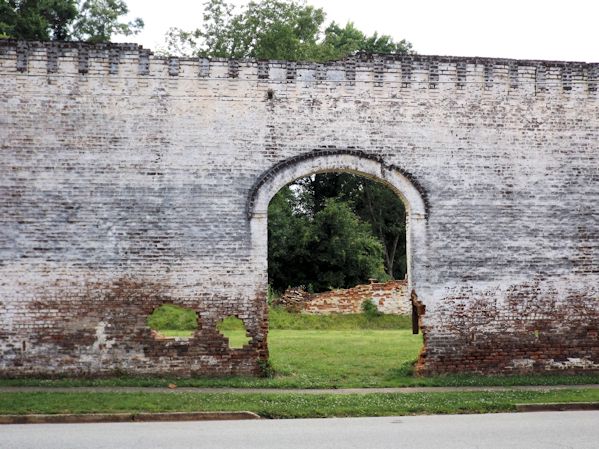 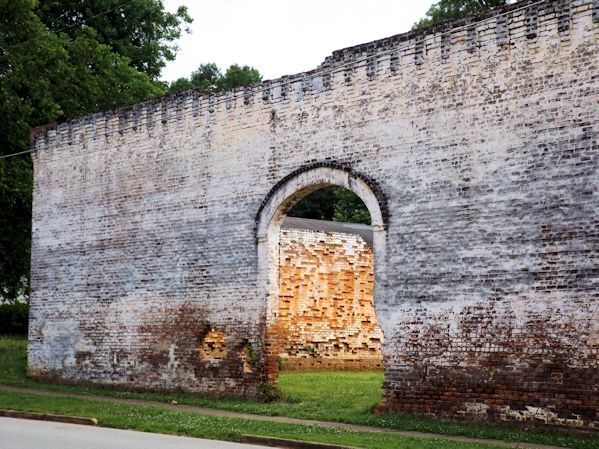 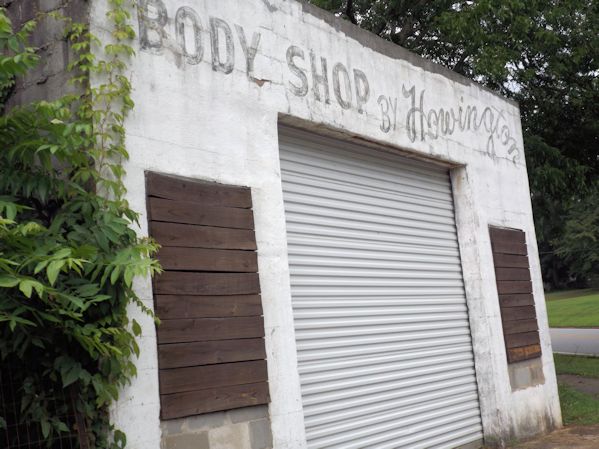 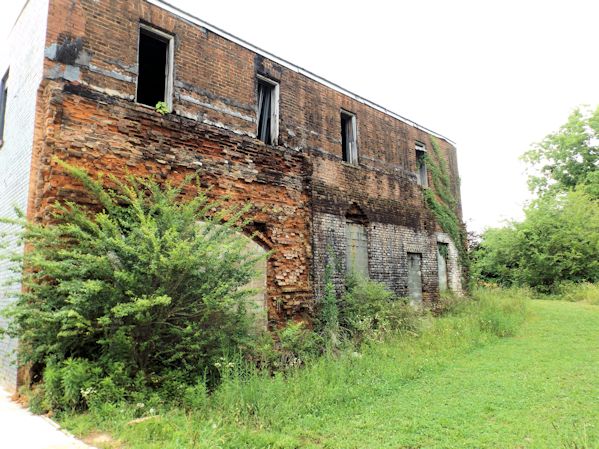 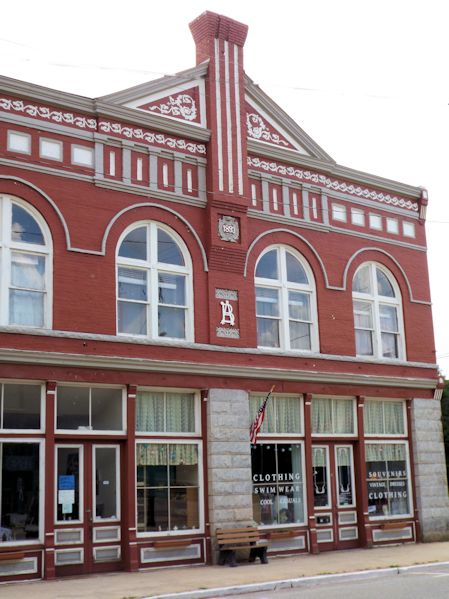 We were told to look in the upstairs window of this blue and white building to see the chalk writing.  Fans will know what I mean. 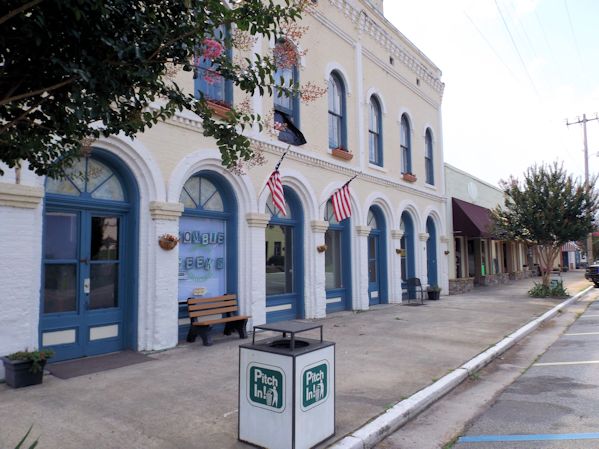 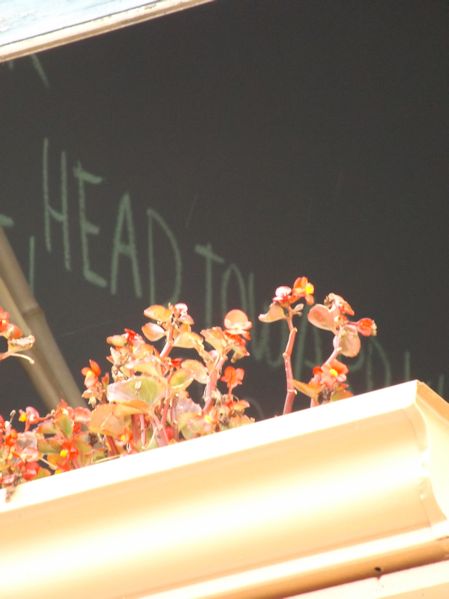 This was the three way view from the railroad tracks. 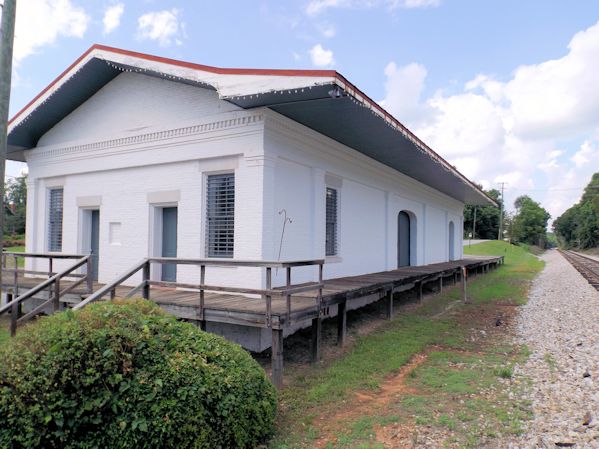 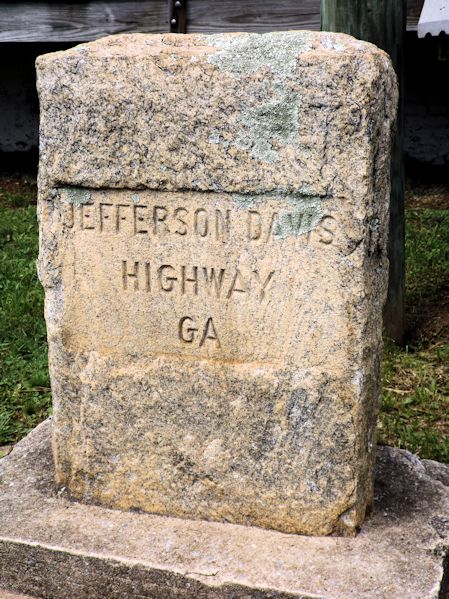 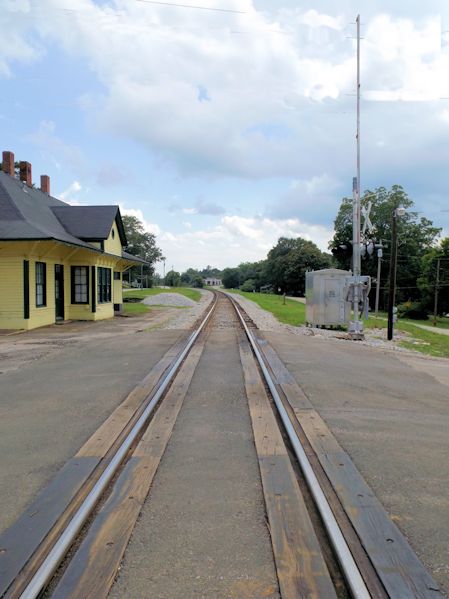 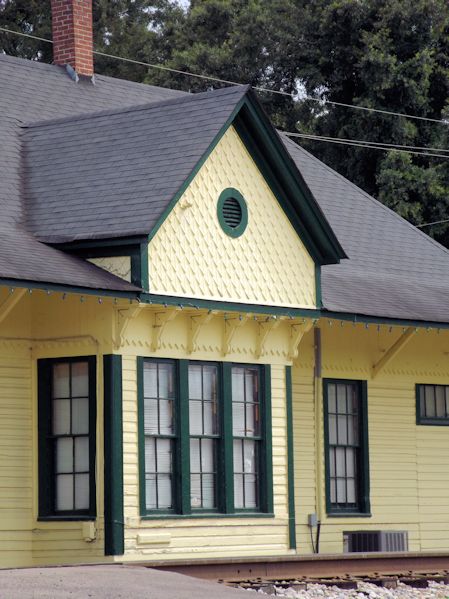 If I’m reading the history page correctly, the buildings starting from the left used to be a bank, a barber shop, a hotel, and a pharmacy. 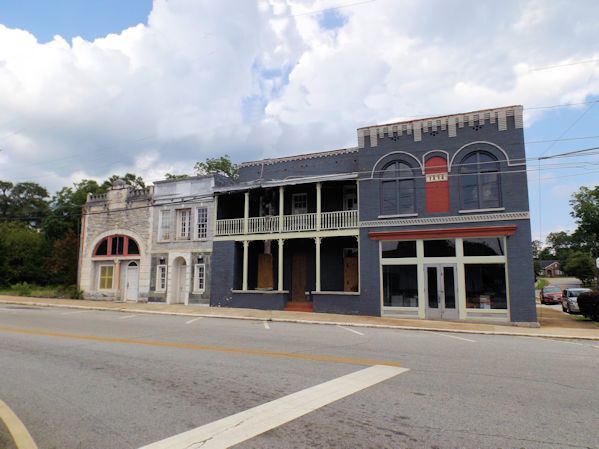 My personal favorite building was on the far left  – the bank.  I don’t think it was featured in the show but it was interesting to photograph. 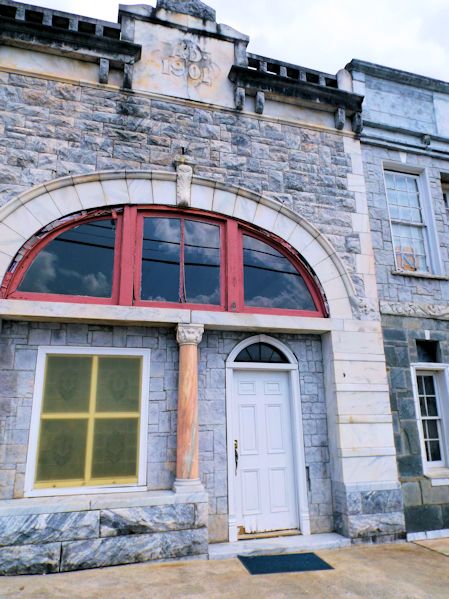 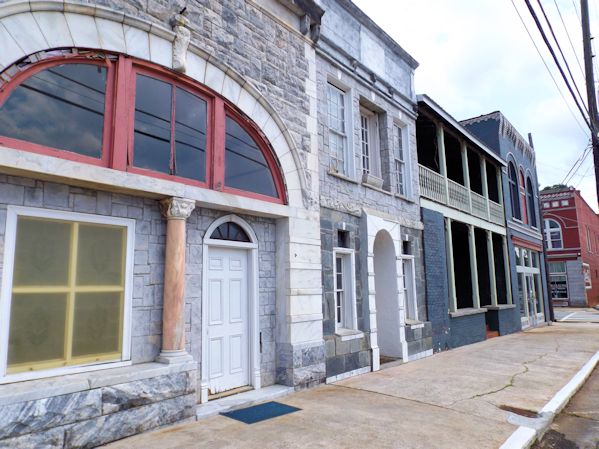 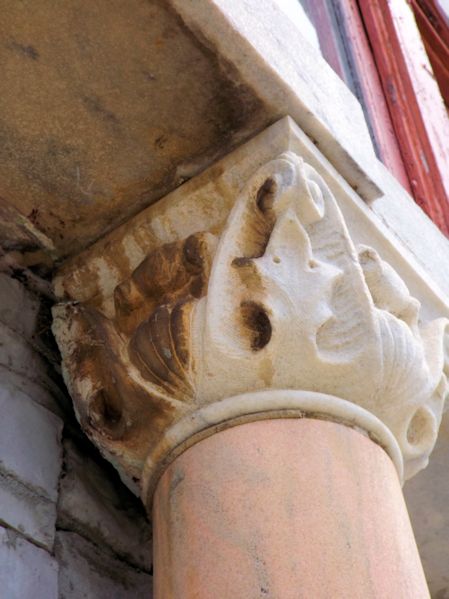 Read this next sign from Grantville out loud.  You will smile! 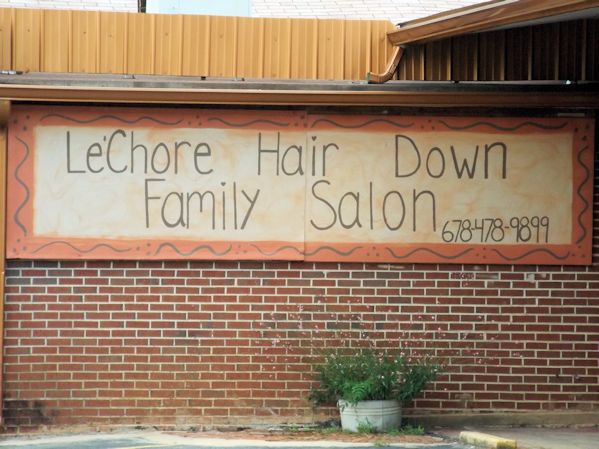 This next home in Grantville was used in filming. 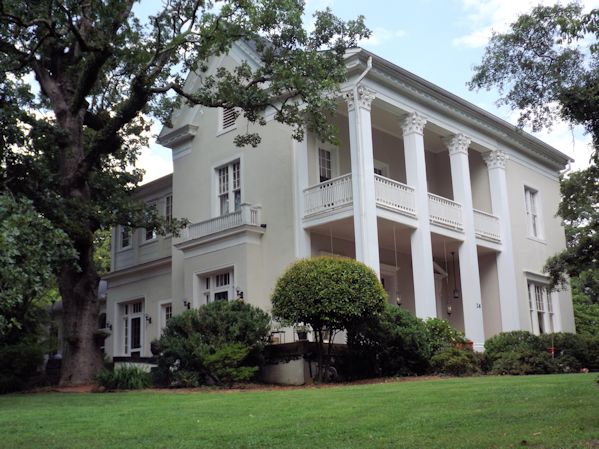 A view up the street. 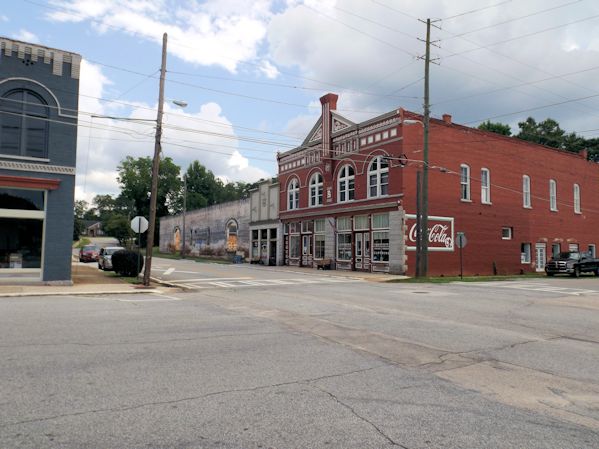 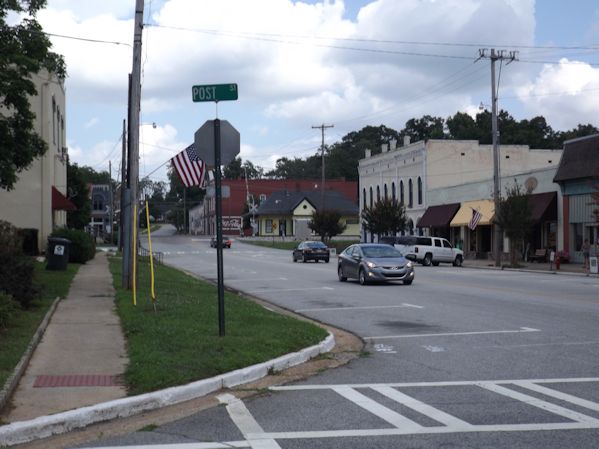 And the view down the street.  Wish I could be a better tour guide.  I did read that the name of Grantville used to be Calico Corner and Senoia used to be called Willow Dell.  The house at the end of the main business section is called Bonnie Castle and is rumored to be haunted.  It was built in 1896 by Mr. Colley, the owner of the bank. 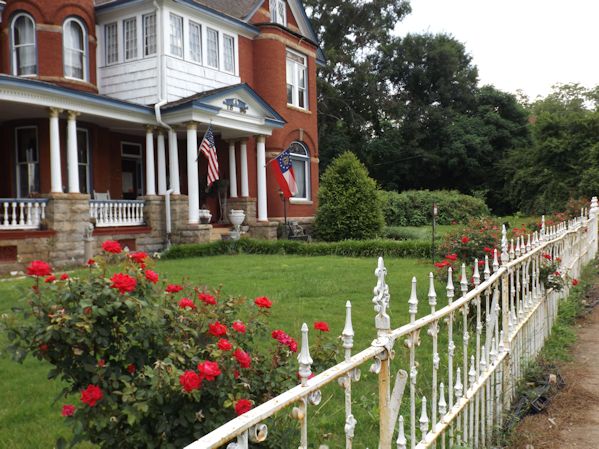 And that ends the tour.  Thank you, Nancy for taking me to some new places so near to my home.   And Davis says thanks for the snacks!  We love our Snyder’s and Schearer’s. 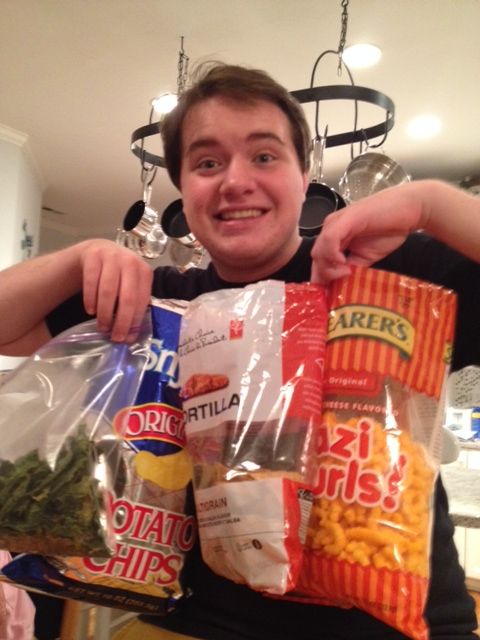 One Response to The Walking Dead Tour