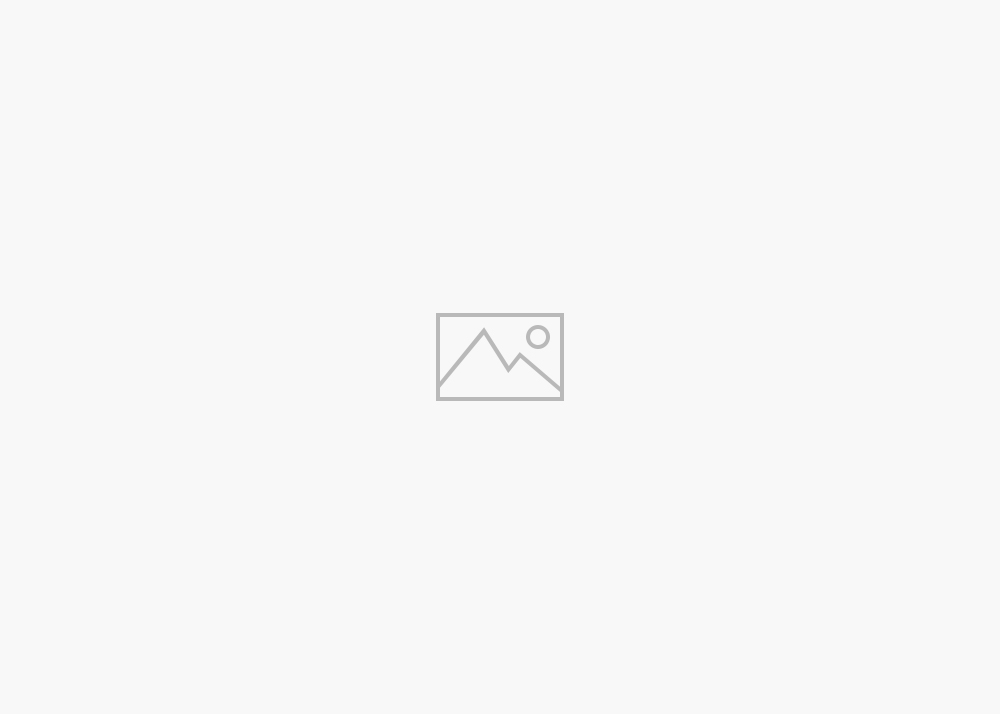 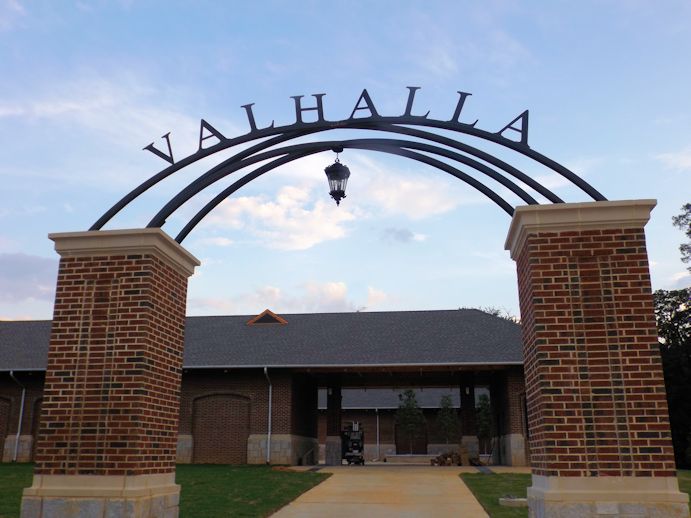 In Norse mythology, Valhalla is the place where the god Odin houses the dead of his distinguished warriors. It is a place of perpetual fighting guarded by wolves and eagles. Finally, after the struggle, the warriors emerge healed and sit around the hall’s table.

Ironically, the Berry stadium had to be moved from its original site plan because a bald eagle had nested on the spot.  The name now seems even more appropriate.  You can watch these eagles in the fall on Berry’s Eagle Cam.   http://www.berry.edu/eaglecam/

It’s quite fascinating to watch eagles in the wild caring for their young.  Often I tune in with my students.  However, just as I get them all settled in to watch for a few minutes, as Murphy’s law would have it, the mama eagle comes swooping in with a fish or rabbit to feed the young and then proceeds to rip its guts out. Wild animals can be pretty gory sometimes. We all squeal and appreciate our salads even more. 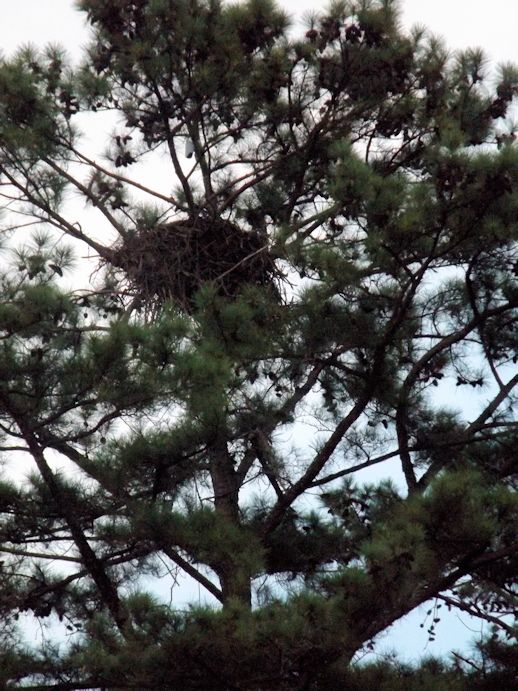 You can see the nest in the tip top of the tree. 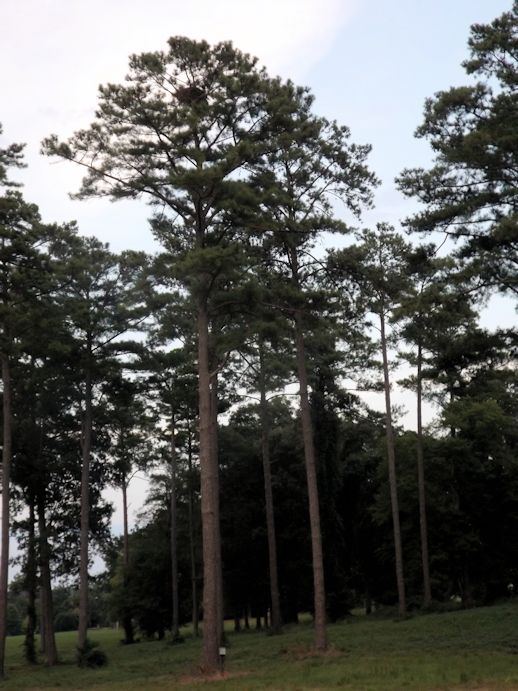 People come from far and wide to watch and photograph the Eagles. There are benches for relaxing and gazing.  Groups meet online and then gather at Berry to socialize and watch the birds in action. 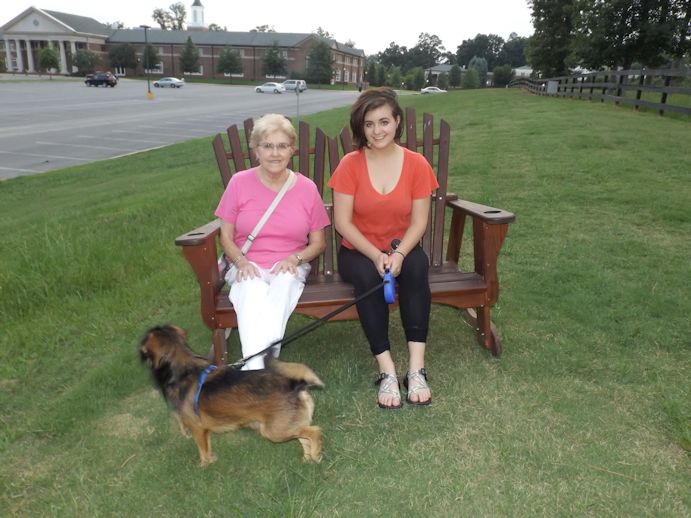 They are not in the nest right now but hopefully a pair will entertain us this fall if they return.

Now, the legend says that Valhalla is guarded by wolves in addition to the eagles.  We didn’t see any wolves but there are thousands of deer on campus. Chupa  met a friend.

Next stop was pizza in downtown Rome.  We were joined by Olivia’s boyfriend, Alec, and served by one of her besties, Madison. 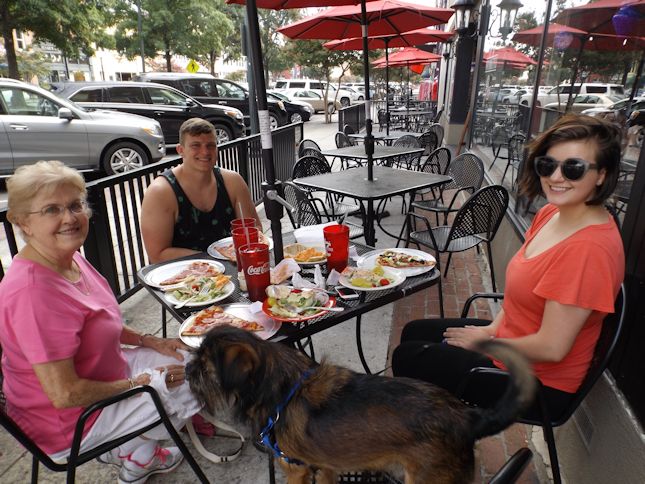 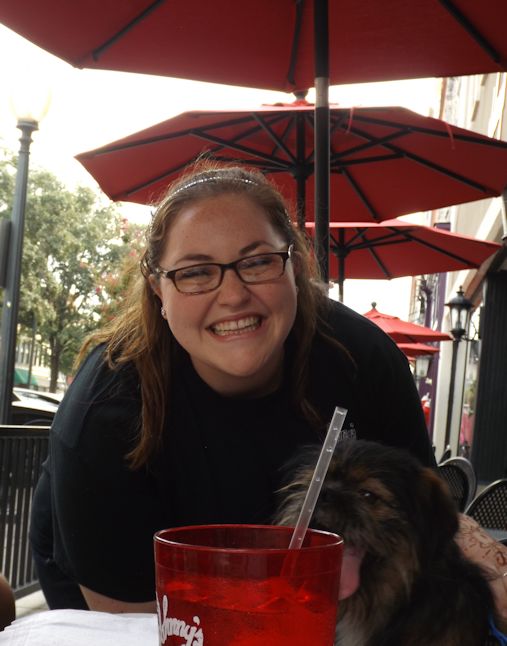 Loved the pimiento cheese and spicy crackers at Johnny’s Pizza. 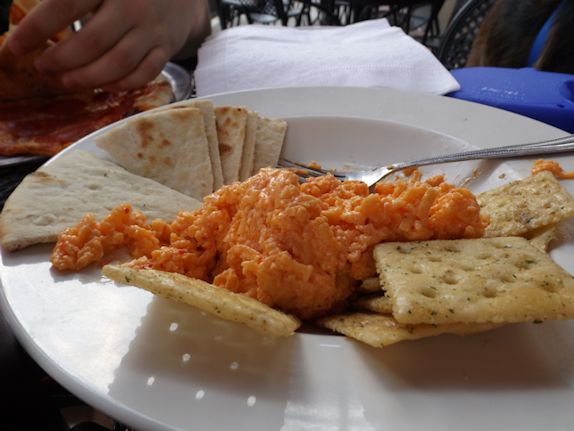 We strolled across the street for cupcakes and coffee. 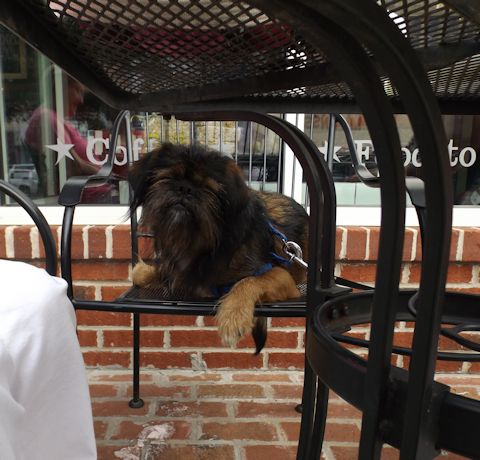 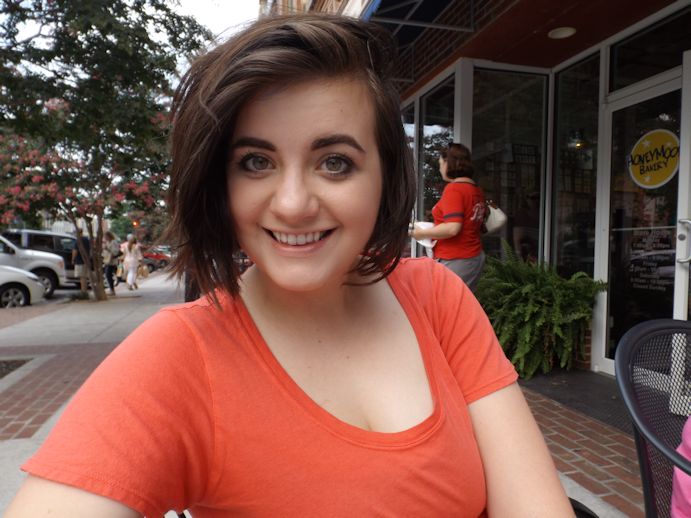 I bought some cupcakes and tiny little cupcake stands at Honeymoon Bakery.  Here is a pic of one of them.

We drove back by the field for one last photo. Olivia’s boyfriend plays football at Berry so we are looking forward to watching him play on the new field this year. 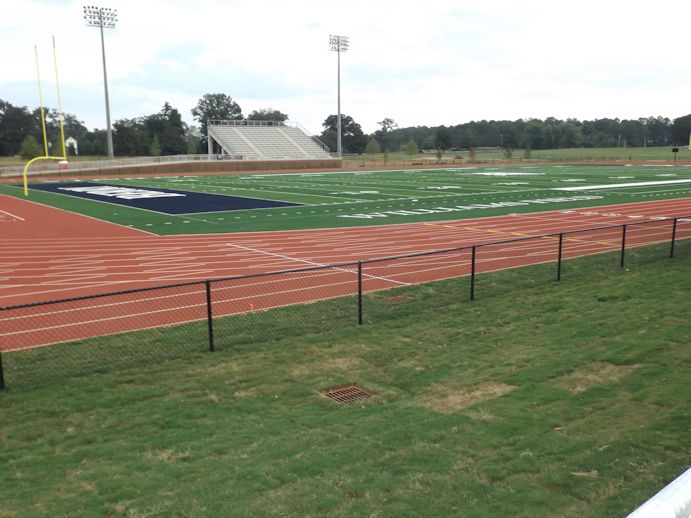 Finally, we dumped Olivia out in front of Psycho Deer and watched her scramble for safety. Hey, you gotta get entertainment whenever you can. 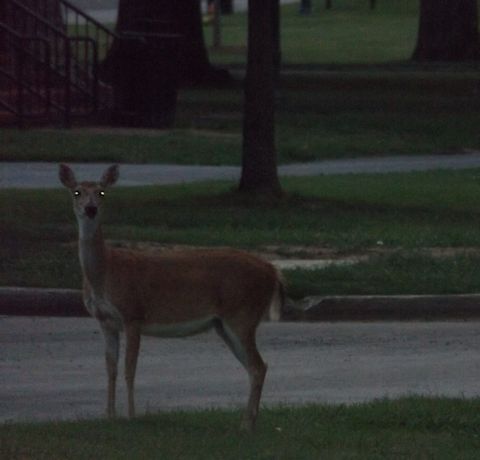 She did make it back to her room safely. She’s a quick sprinter.

One Response to Valhalla