Pot Roast in a New Pot

Recently I mentioned that LeCreuset Outlet is selling out of my color, Ocean.  So being the prudent and thrifty person that I am, I have purchased a few pots before my color is completely gone. I’m spending money to save money.  Shopper’s logic.

I wanted to try the pot called a Doufeu  (pronounced dough-foo) or if you are sophiticated like I am and can’t remember the name of it, you might call the store asking for their dew-fo pots.  Either way, they will see a sucker coming from a mile away and quickly wrap it up to go. 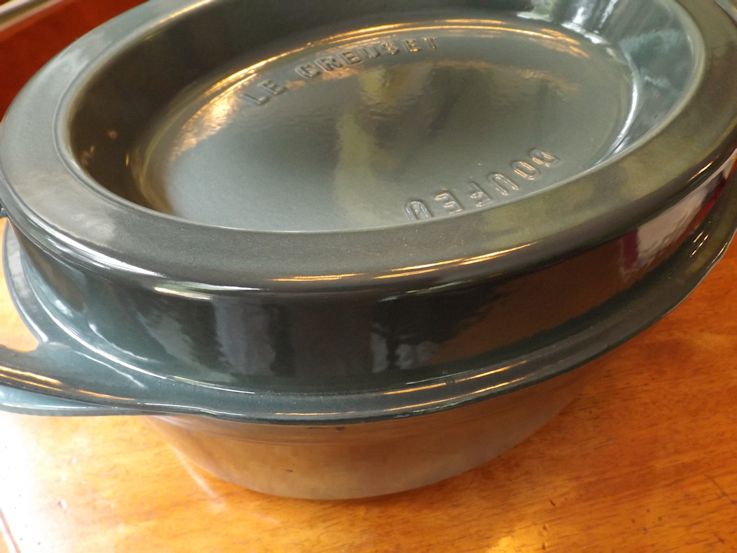 When I say “sucker” I’m not saying the pot was bad.  I’m just saying who pays $400 for one stock pot??  Not me, it was drastically on sale so it was worth a try. 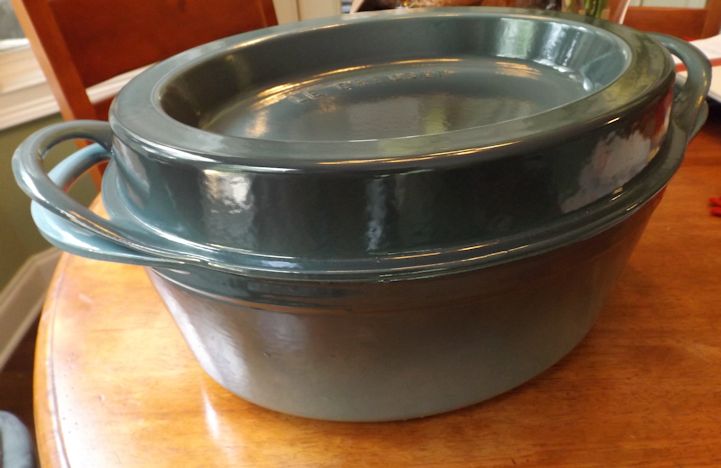 Doufeu means gentle heat so the idea of this pot is that you can use a lower heat and with the recessed lid, less liquid.  You are supposed to fill the recessed lid with ice while it is cooking and this causes condensation in the pan.  The knobs on the inside of the lid allow the water to drip from the top and self-braise the meat. 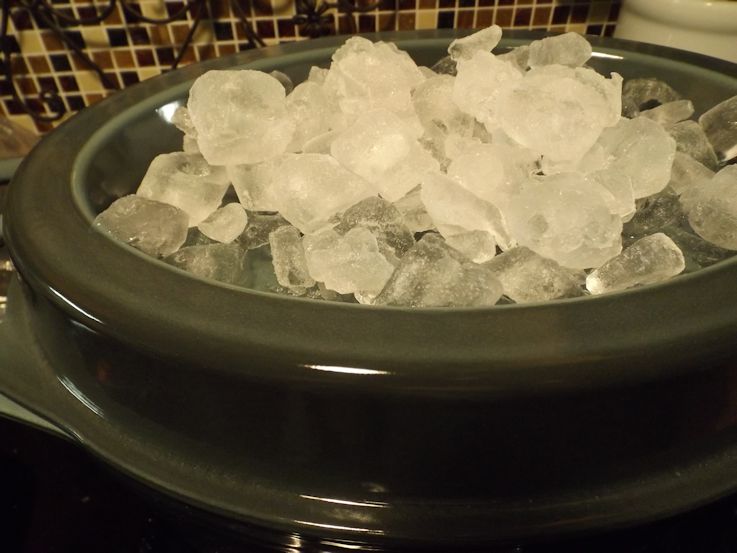 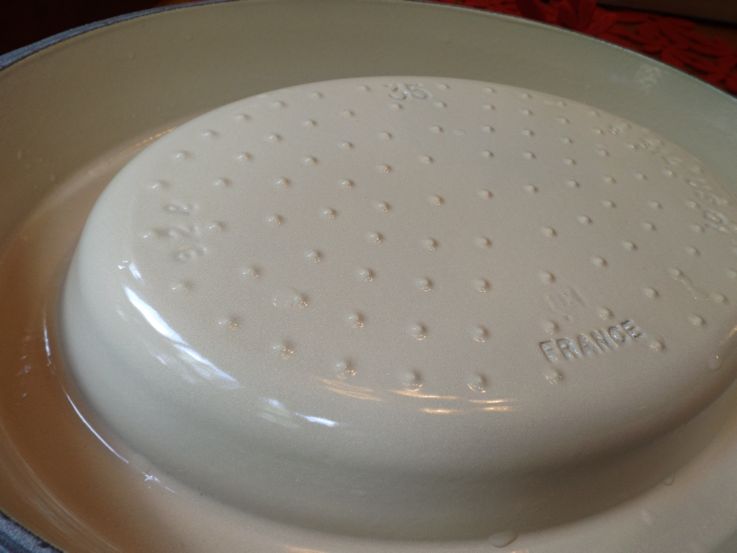 Do I hear a French man laughing all the way to the bank?  I’m pretty sure aluminum foil does the same thing, but now I can drip with costly elegance.

My first meal in the doufeu was pot roast.  I browned the sides and put the roast in the pot. It was a 3 pound roast but it barely put a dent in the capacity.  This is a 9 3/4 quart pot. That’s 40 cups of braised goodness!!!! 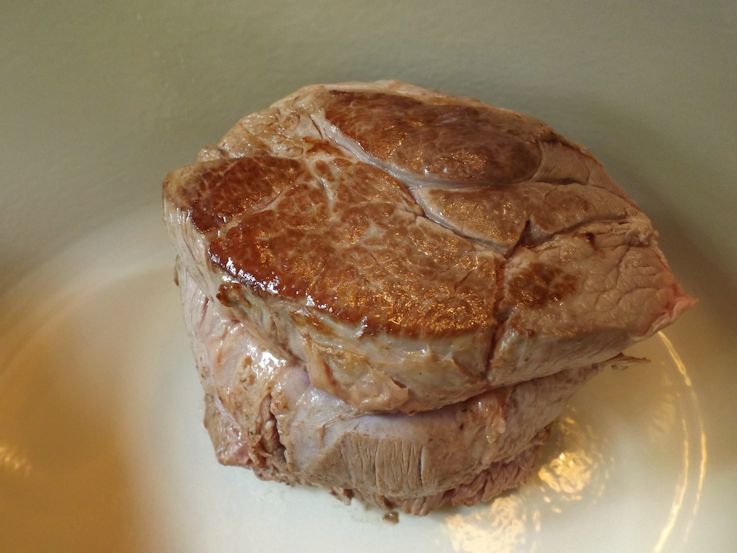 I added some onions, garlic, water,  salt, and pepper and then put the lid on. Let me just mention that this is one heavy pot.  Add the food and the ice and it is REALLY heavy. 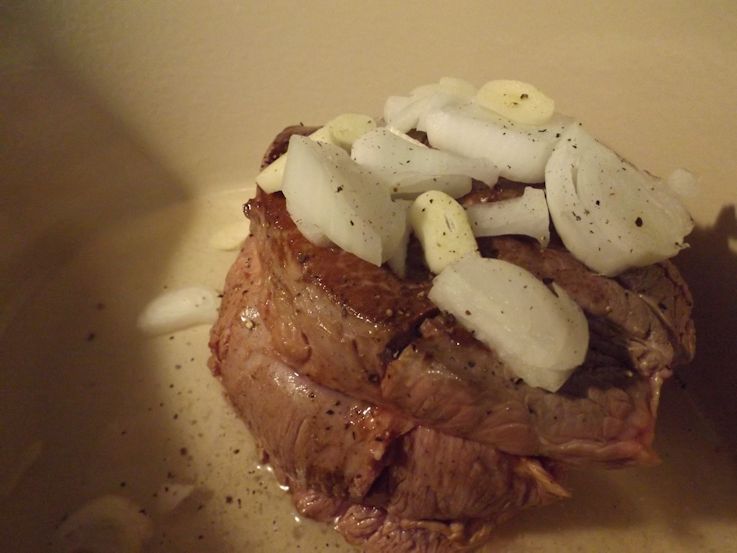 But I fed it snow cones for 3 1/2 hours and added a few carrots and potatoes for the last hour to end up with this very delicious dinner. 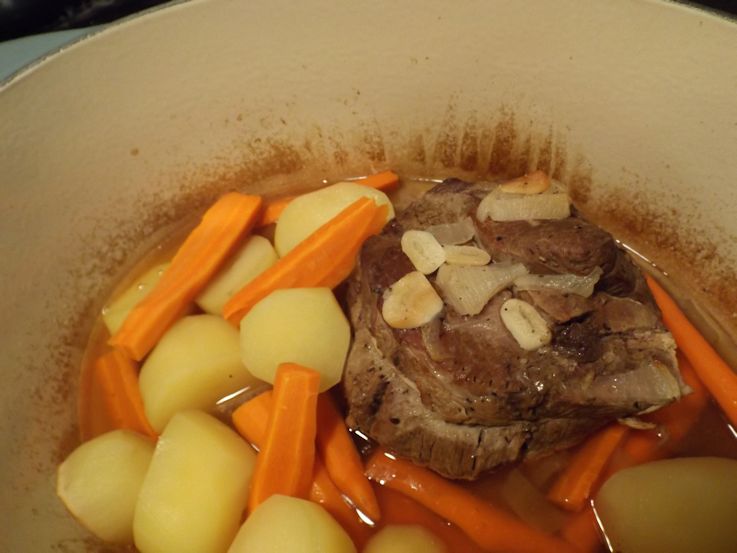 In retrospect, I added too much water in the beginning, however it made for tasty gravy later. The report? The roast was delicious although I’m not sure it was any better than a hobo foil pack.  I will experiment some more and report back later.  I would like to try a stew or soup.  I think stove-top cooking would involve less maneuvering in order to add the ice and less concern of spilling the hot water on you as you remove the pan from the oven.

I’m looking forward to more outlet sales so I can add to my collection.  I’ve got my eye on a few interesting pieces. For now, I’ll be cooking for an army in my giant pot.  Any suggestions?

One Response to Pot Roast in a New Pot